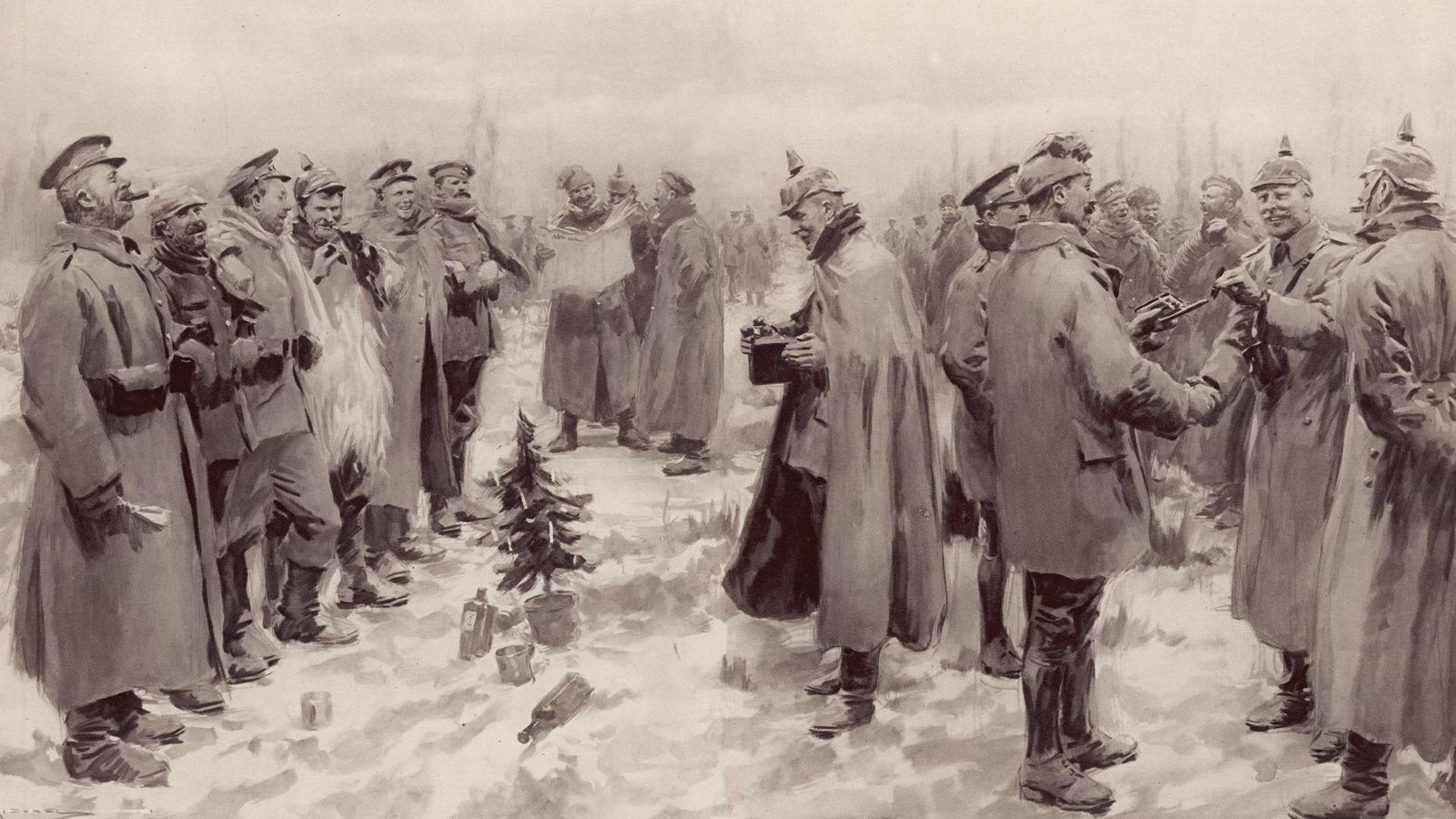 Peace on Earth and Goodwill to Men. Dan O’Donnell reflects on a true Christmas miracle and how it still resonates today.

An eerie quiet descended as darkness fell over the trench.  Smoke from the latest bombardment was clearing, and stars pierced the heavy grayness.  The men readied themselves for another volley of machine gun fire.

The fighting had been intense over the past five months, especially along the western front.  This was a war unlike any that had been fought before—“The Great War” the newspapers had taken to calling it—and the men huddled in their trench expected tonight to be like any other night.

There would be exchanges of gunfire, explosives hurled from each dugout, and, if it was a particularly bad night, a surprise raid.  Each night was the same, and the men had living it for so long that many of them had forgotten what tonight was: Christmas Eve.

Then they heard it; quiet at first, barely perceptible over the lightly blowing wind.  Was that what they thought it was?  It wasn’t a gun being loaded or an explosive being armed.  It was a voice, a soft one, but definitely a voice—and it wasn’t barking orders or whispering plans for a secret attack.

It was singing.  It was a man singing in the enemy’s trench.

It was singing.  It was a man singing in the enemy’s trench.  The soldiers stared at one another in disbelief and lifted their heads to better hear it.  It was in German, so many of them could not understand the words, but they all knew the melody: “O Holy Night.”

Smiling widely, one of the men joined in, singing the refrain in English as loud as he could.  Then there was silence again.  Was it a ruse?  Would the attack come now that the men had exposed their position inside their trench?  They waited anxiously.  Then they heard another voice.

“Adeste Fideles,” it boomed through the darkness, “laeti triumphantes, venite, venite in Bethlehem.”

The men laughed in astonishment.  The enemy was singing in Latin and seemingly inviting them to join in.

“Venite adoremus Dominum!” they all sang in unison.

For a half hour, the two trenches sang carols to each other: The British soldiers in English and the Germans in their native tongue.

Then one of the British troops decided to take their impromptu Christmas celebration a bold step further.  He laid down his rifle and slowly climbed up the side of the wall.  His commanding officers were too stunned to try and stop him.  Before they could react, he was standing in full view of the enemy, taking a few halting steps into no-man’s land while singing a Christmas carol.

All along the Front, as news of this “Christmas Truce” spread, soldiers climbed up from their trenches and met in the middle of no-man’s land.

A few of them brought candy bars from their rations, and they exchanged them as the rest of their units met them in the middle of the battlefield.  They laughed and continued to sing Christmas carols as the sun rose on Christmas morning.

In broken English and German or through their battalions’ translators, they exchanged stories of family back home and Christmas traditions in their home countries.  They shared their provisions in a makeshift Christmas feast and, when a soldier realized he had brought with him a soccer ball, they played a friendly match in no-man’s land.

It was a Christmas miracle, and it didn’t end with that small handful of men.  All along the Front, as news of this “Christmas Truce” spread, soldiers climbed up from their trenches and met in the middle of no-man’s land.  More than 100,000 British and German men for hundreds of miles laid down their arms to celebrate Christmas with their enemy.

They sang songs, played games, exchanged gifts of candy and cigarettes, taught each other Christmas greetings in their native tongues, and in one amazing coincidence, a British soldier got a haircut from the German barber who had cut his hair before the war started.

“This has been the most wonderful Christmas I have ever struck,” recalled one British private.

The Christmas Truce lasted anywhere from a day or two to a full week, but eventually the fighting resumed.  And the following Christmas, commanding officers on both sides took steps to ensure that there was no repeat.

But the legacy of the Christmas truce lives on more than a century later as perhaps the greatest example of the true magic of Christmas.  Peace on earth and goodwill toward men are actually possible if we lay down our arms and learn to see our enemies not as faceless monsters in a trench, but human beings with hopes and fears and joys and pains just like us.

“I came to the conclusion that I have held very firmly ever since, that if we had been left to ourselves there would never have been another shot fired.”

Christmas is the time of year when we can take a step back from the pettiness of politics, which has stripped us of our empathy and replaced it with a jaded cynicism.  At Christmas, we can realize that our enemies are just soldiers who speak another language, following orders from political movements that strengthen their power over us by weaponizing our differences.

This time of year, we can recognize this manipulation and thoroughly reject it.  We can cross into our own personal no-man’s land and embrace those who are only superficially different from us.  Inside, we are all of us the same.  We’re just made to forget that so that for political gain.

This year, let’s remember, and let’s remember all year long.  Because as Murdoch Wood, a British soldier who took part in the Christmas Truce, reflected: “I came to the conclusion that I have held very firmly ever since, that if we had been left to ourselves there would never have been another shot fired.” 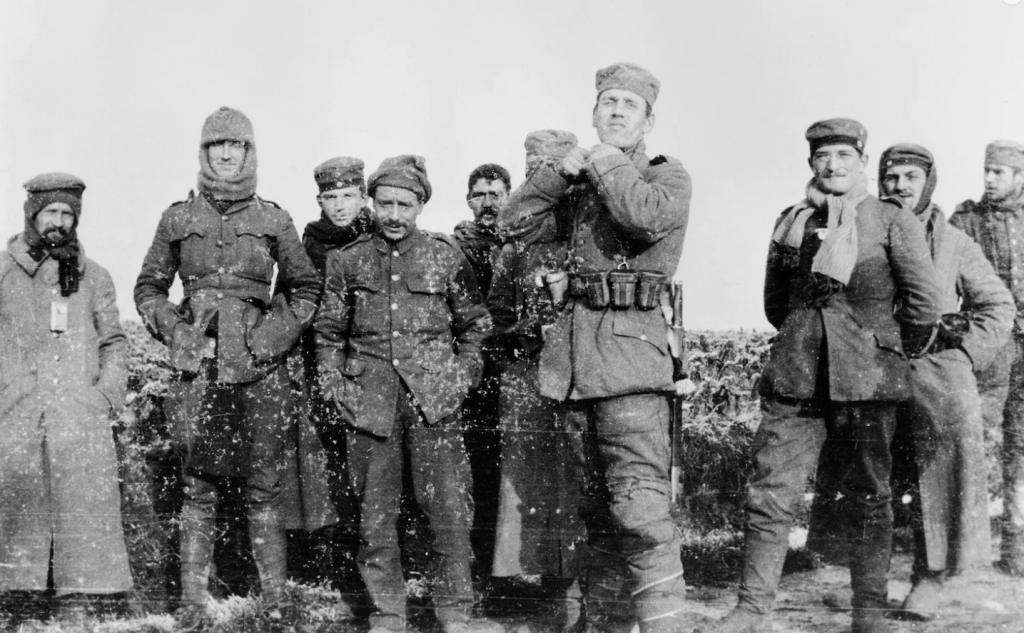 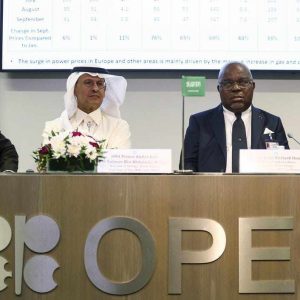