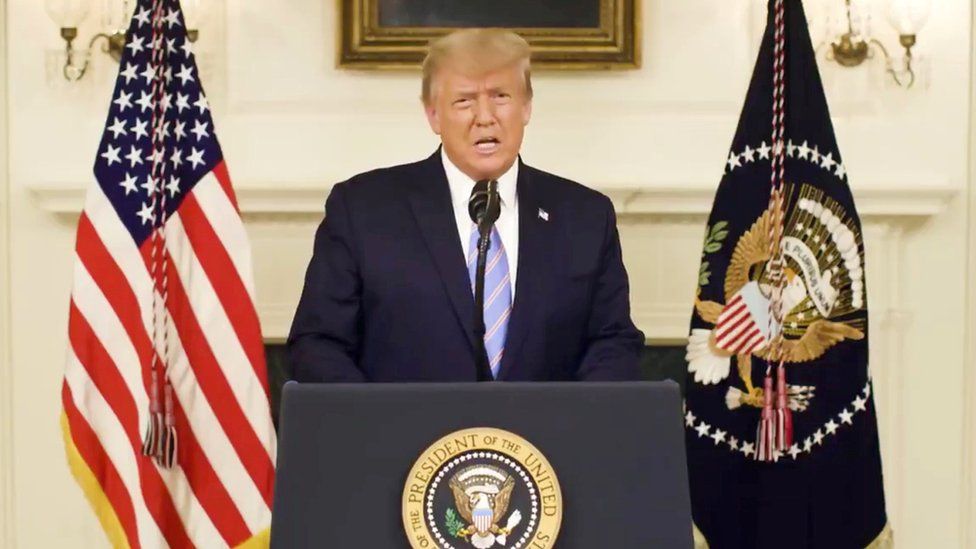 Monday’s raid at Mar-a-Lago was just the latest battle in the intelligence community’s war against President Trump. Dan O’Donnell digs into the long, nauseating history.

Only when Mueller’s report concluded in 2019 that there was never any collusion did we learn the truth: The only collusion was between the intelligence community, the Dem Party, and the media to destroy a duly-elected President. Click To Tweet

“You take on the intelligence community,” then-Senate Minority Leader Chuck Schumer gravely intoned, “they have six ways from Sunday at getting back at you.”

It was January 4th, 2017, and then-President-Elect Donald Trump was openly blasting the FBI and CIA just weeks before his inauguration.

“Even for a practical, supposedly hard-nosed businessman,” Schumer continued, “he’s being really dumb to do this.”

“What do you think the intelligence community would do if they were motivated to?” asked Rachel Maddow, her curiosity clearly piqued.

“I don’t know. But from what I am told, they are very upset with how he has treated them and talked about them.”

Little did America know at the time just how upset they were.

That summer, the FBI knowingly presented evidence before a FISA court that it knew to be unverified and likely untrue so as to surveil a member of then-Candidate Trump’s campaign.  A few months later, the high-ranking FBI agent who was running the investigation into whether the campaign was colluding with the Russian government texted his mistress, an FBI lawyer, to assure her that he would not let Trump be elected President.

“There’s no way Trump gets elected—but I’m afraid we can’t take that risk,” he wrote.  “It’s like an insurance policy in the unlikely event you die before you’re 40.”

That insurance policy, very clearly, was the Russia investigation.  At the time, Trump’s political opponents were making cryptic references to “The Thing”—a document so devastating that, if released, it would end whatever slim chance Trump had of winning the upcoming election.  Rather obviously, someone involved in the investigation had leaked the false evidence the FBI had presented to the FISA Court: A now-infamous document known as the Steele Dossier.

Chuck Schumer in January, 2017: “You take on the intelligence community, they have six ways from Sunday at getting back at you, so even for a practical, supposedly hard-nosed businessman [like Trump], he’s being really dumb to do this.” pic.twitter.com/0movJPfioD

Christopher Steele, a former British intelligence agent, contracted with political research firm Fusion GPS to dig up dirt on Trump on behalf of Hillary Clinton’s campaign.  His anonymous sources alleged that Russian agents conspired with Trump to interfere in the election to benefit Trump and hurt his Democrat opponent, Hillary Clinton.

The 35-page document was never verified and was immediately recognized as opposition research disguised as actual intelligence, but after Trump won the election in a major upset, it became the focal point of the FBI’s “insurance policy.”

In December 2016, Senator John McCain—a major Trump enemy in the Republican Party—obtained a copy of the dossier and presented it to FBI Director James Comey in a face-to-face meeting.  Within a month, he and other intelligence community leaders presented the dossier to President Obama and his closest aides, who opened an investigation into Trump’s supposed connection with Russia.

The following day, January 6th—exactly two weeks before Trump’s inauguration—Comey met with President Trump in New York City and briefed him on the dossier, which he failed to mention was paid opposition research from the Clinton campaign and not actual verified intelligence.  Comey later explained this lie by omission by saying that relaying this vital information “wasn’t necessary for [his] goal, which was to alert [Trump] that we had this information.”

Trump later said he interpreted this meeting as a form of blackmail, and it certainly appeared to be.  The existence of the briefings before Trump and Obama were leaked to the media, giving Buzzfeed News an excuse to publish the dossier in its entirety.

That created (as it was intended) a media-feeding frenzy in which the Trump transition was wholly overshadowed by breathless conspiracy theories about Russian collusion and a rigged election.  Just ten days before Inauguration Day, the Trump presidency was already in crisis and the whispers of impeachment, removal from office, and even treason charges grew louder with each passing hour.

This was the insurance policy that Strzok had tweeted about.  The Trump Administration would end before it could even begin.  Comey, of course, stepped up the investigation into the possibility of Russian collusion even though after months of fruitless searching, even Strzok—the man leading it—concluded in a text to Page that there was almost certainly “no big there there.”

Yet the investigation continued, and even after Trump fired Comey, leading to the appointment of Special Counsel Robert Mueller to continue the Russia investigation, it became quickly apparent that Strzok was correct.

Mueller’s team did hand down indictments against Russian actors for their role in meddling in the 2016 election, but each time they did, they were careful to state that “there is no allegation in this indictment that any American had any knowledge” of what the Russians were doing.

This should have ended any speculation that Trump or his campaign had any hand in this, but through selective leaks from the Mueller team, investigators were able to continue to cement in the mind of the public that proof of collusion was just an indictment away.

There was never any proof, and every single investigator knew this, but they persisted in a weaponized investigation anyway.  Only when Mueller’s final report concluded definitively in March 2019 that there was never any collusion did the American people finally learn the truth: The only collusion was between the intelligence community, the Democratic Party, and the media to destroy a duly elected President.

But their efforts didn’t stop with Russia.  Just four months after the collusion narrative fell apart, President Trump’s phone call with new Ukrainian President Volodymyr Zelenskyy was leaked to the media, setting off a new feeding frenzy over claims that Trump was withholding aid to Ukraine unless Zelenskyy launched an investigation into the son of Trump’s likely opponent in the 2020 presidential election, Joe Biden.

As materials from Hunter Biden’s laptop made abundantly clear a year later, there was in fact ample evidence that the younger Biden—who sat on the board of a Ukrainian energy company despite no relevant experience in the field—was involved along with his father in a massive international bribery scheme.  Nonetheless, the intelligence community interpreted Trump’s calls for an investigation into this corruption as a quid pro quo in exchange for military and financial aid.

It most certainly was not, but that didn’t stop Democrats from impeaching Trump in late 2019.  He was acquitted in the Senate a few months later, but Democrats and their intelligence community allies got what the Russia investigation couldn’t get them—a Trump impeachment just before he stood for reelection.

In the waning days of the 2020 campaign, when the New York Post published information from Hunter Biden’s laptop, more than 50 former intelligence officials—many of whom were responsible for keeping the false Russia narrative going—signed an open letter dismissing the story as “Russian disinformation.”

They knew this to be false since the Justice Department had opened an investigation into Hunter Biden and his former business partner, Tony Bobulinski, was telling everyone who would listen about the bribery scheme, but they still lent their credibility (such as it was) to destroying a story that would gravely harm the candidate they believed could finally end the Trump presidency.

Sadly, they succeeded.  Labeling the material as Russian disinformation gave news networks and social media all the cover they needed to ignore the story and censor anyone who dared post about it.

Trump lost in a close election, and upwards of 17 percent of voters in key swing states said in polling later that month that, had they heard about the Biden corruption story, they either would not have voted for Biden or even changed their vote to Trump.

Even now, nearly two years after Trump left the White House, the intelligence community is still openly operating against him, trying desperately to ensure that he can never regain the presidency.  As such, Monday’s raid of his private home at Mar-a-Lago wasn’t just unprecedented; it was a new battle in the yearslong war against Donald Trump.

Consider it a new insurance policy against Trump’s long-anticipated anticipated announcement of a 2024 run—a battle that will pit him against not only the Democratic Party but also the intelligence community and the hyper-politicized Justice Department, which have now spent more than six years proving that they really do have six ways from Sunday of getting back at you.