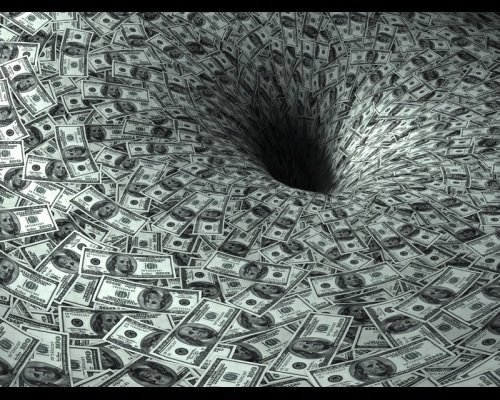 Madison is already doing it. Milwaukee and Wausau are working on it. Their goal is to make it national policy.

The left has never met a problem for which they didn’t believe the solution was more government money. One of their ideas enjoying a resurgence is “guaranteed income.”

Under guaranteed income programs, which have been instituted in a handful of larger cities, hands cash to people on top of other public benefits they already receive. A key component of the left’s messaging on these cash welfare payments is that they are “no-strings-attached,” in other words, the money is a gift.  From the government.

While liberal leadership in the cities that have implemented the “guaranteed income” schemes claim the additional cash are the key to…everything.  Madison’s mayor claims the extra cash will improve both the mental and physician health of recipients, as well as help them get a better job.  Of course, the money may also be spent on things like a vacation, lottery tickets, or Botox, if that’s what the recipient wants.

In Madison, the gift is $500 a month, and funded through private donations, and grant funds from Evers’ Department of Health Services. The money is available to people at twice the poverty level – in other words a family of three making $46,000 would receive an additional $6,000 a year.

Several years ago, the Legislative Fiscal Bureau pegged the value of public assistance available to a hypothetical low-income, 1-parent, 2-child family at over $46,000.

A family of three under the poverty level could reach income and benefit levels of over $75,000 under the Madison guaranteed income program.

The Milwaukee Journal Sentinel published a story about the push to start similar cash handouts in Milwaukee, where they have unfunded pension obligations looming, and crippling structural finance problems from decades of irresponsible spending.

So the goal is not really for cities to make local decisions with local dollars, but instead be a launching pad to create demand for a new national program that adds additional cash payments to the lengthy list of welfare benefits low-income families already receive.  While some of these programs currently use only private dollars, some, like Madison, also use tax dollars – but their goal is clear: A new, national, taxpayer-funded, guaranteed basic income program.

Here at the MacIver Institute, we do not support an expansion of the welfare state.  We believe that the job training assistance to low-income welfare recipients that were summarily dumped by the Evers Administration are more likely to help people find or improve their employment than a monthly handout.  As we saw during the pandemic, when people could get cash for not working, many of them chose not to work. Guaranteed income will lead to more dependence, not less.

While the Journal Sentinel used only one comment from MacIver, here is the full statement we provided to them:

Taxpayers provide generous support for those of us in need of a helping hand – assistance with food, shelter, heath care, education, child care, training and a whole host of welfare programs.

The current system, however, is built upon the bedrock principle that meaningful work and a self-supporting job is the best recipe for life-long success. This change encourages those on welfare to stay on welfare. The current system gives welfare recipients the help they need to find a job to start down this path of self-sufficiency.

This change to provide a cash subsidy without any sort of job search, education or training requirements undercuts what makes this country so great – anyone here, no matter their starting point in life, can pursue and reach the American Dream through hard work, initiative and determination.

Under this change, taxpayers will literally be paying individuals on welfare to do nothing. Those who work for a living and grind to provide for themselves and their families are naturally going to resent footing the bill for someone who receives a no-strings attached cash subsidy.

In the end, that is what makes this so dangerous. Taxpayers have always been generous and willing to help someone down on their luck in their community to get back on their feet through work and effort. But now, asking taxpayers to pay welfare benefits so someone can sit idle while there are so many good-paying jobs going unfulfilled is a tough ask. 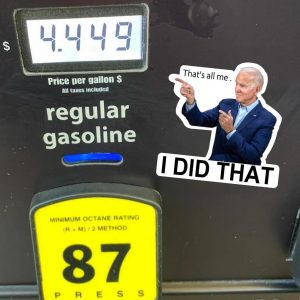 Yes, Biden Is To Blame For The Energy Crisis. Here’s Why.