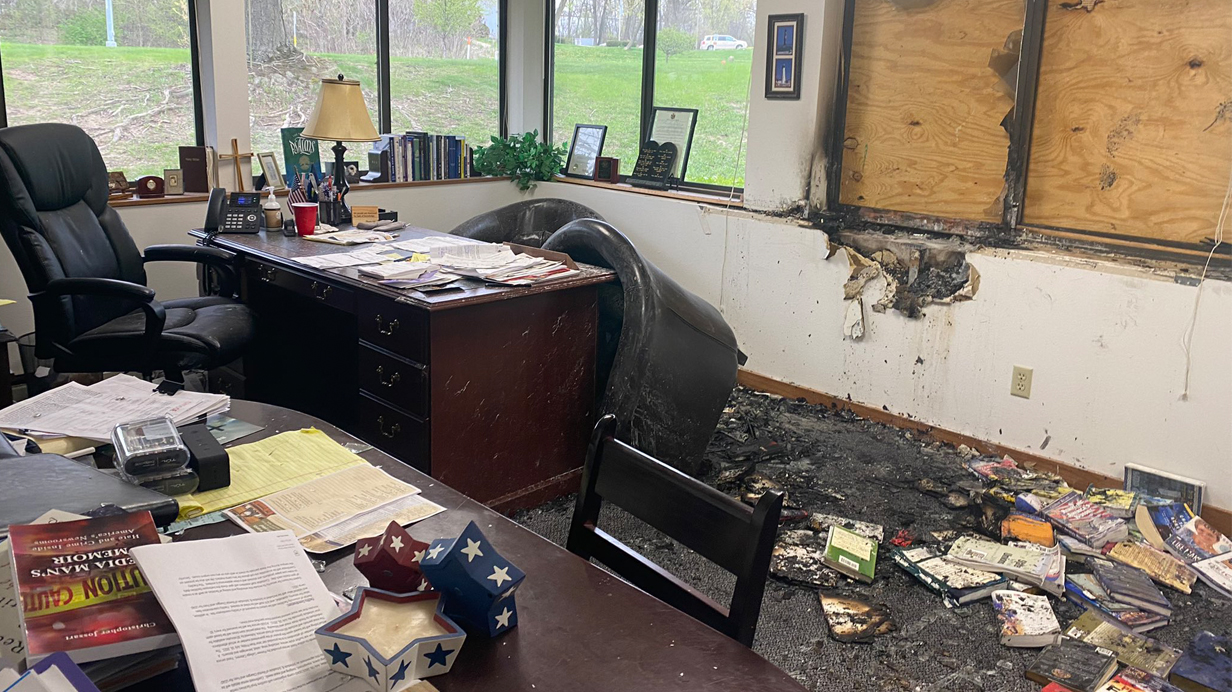 Dan O’Donnell on the firebombing of Wisconsin Family Action and the stunningly impotent response to it from the Madison Police Department and state leaders.

A Molotov cocktail thrown through a window accompanied by an ominous warning graffitied on the side of the building: “If abortions aren’t safe then you aren’t either.”  Two days later, a claim of responsibility from a group promising more violence across the country if its demands aren’t met.

“This was only a warning,” they wrote.  “Wisconsin was the first flashpoint, but we are all over the US, and we will issue no further warnings.”

So why exactly is this not being treated as the deadly serious act of domestic terrorism that it is?  Is it because the target, Madison-based Wisconsin Family Action, is a prominent pro-life organization (but described exclusively in state and national media as an “anti-abortion rights group”)?  Or is it because those tasked with investigating the attackers are sympathetic to their cause if not their methods?

Madison Police Chief Shon Barnes began his first official statement about the attack by expressing his understanding of how upset the terrorists must be that Roe v. Wade is about to be overturned.

“The Madison Police Department understands members of our community are feeling deep emotions due to the recent news involving the United States Supreme Court,” he said.  “But we feel that any acts of violence, including the destruction of property do not aid in any cause.”

That violence, incidentally, meets the FBI’s own definition of domestic terrorism—“violent, criminal acts committed by individuals and/or groups to further ideological goals stemming from domestic influences, such as those of a political, religious, social, racial, or environmental nature.”

Chief Barnes, of course, announced Monday afternoon that the firebombing of a pro-life group accompanied by graffiti that explicitly references the political nature of the attack was not being investigated as an act of terrorism.

Wisconsin Attorney General Josh Kaul apparently agreed, as he didn’t even bother to issue a press release about the attack, and instead fired off a couple of perfunctory tweets calling it “disgraceful and unacceptable.”

Governor Evers, who two years ago actively incited a terrorist mob to burn down Kenosha (and no, that’s not an exaggeration), also refused to issue a press release on the attack on Wisconsin Family Action.  He composed (or, more likely, had a staffer compose) a half-hearted tweet condemning “violence and hatred in all forms” and then went back to his Sunday afternoon nap.

This stands in stark contrast to both Evers’ and Kaul’s response to the January 6th riot at the US Capitol, when within a few hours of the incident both issued outraged, horrified statements calling it a “seditious conspiracy under the law” and “an attack on our democracy. Period.”

A politically motivated attack on an advocacy group just blocks from their offices followed by a promise of more attacks to come, however, warrants little more than a shrug.  This is to be expected from hack politicians like Evers and Madison Mayor Satya Rhodes Conway (who issued a scathing statement on the Supreme Court’s leaked opinion but not the attack on a pro-life group in her city), but it is disgusting that the same sort of indifference seems to be coming from law enforcement leaders like Kaul and Barnes.

If, as Barnes demonstrated with his statement on the attack, their first thought is to empathize with the “deep emotions” the perpetrators must be feeling, then how can they possibly fulfill their promises to ensure that “whoever is responsible [is] prosecuted to the fullest extent of the law?”

They can’t, because if they could, they would identify it as the act of domestic terrorism it is. 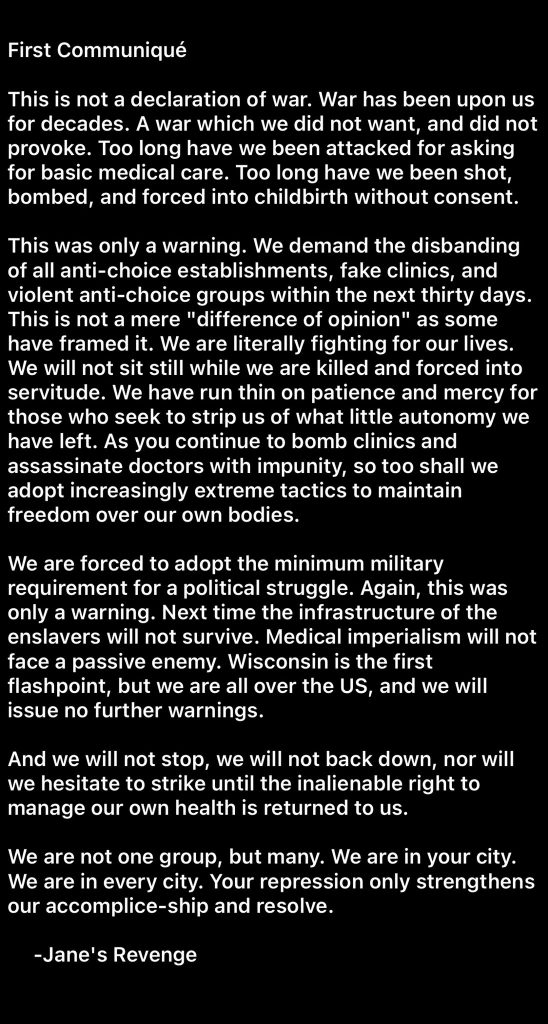