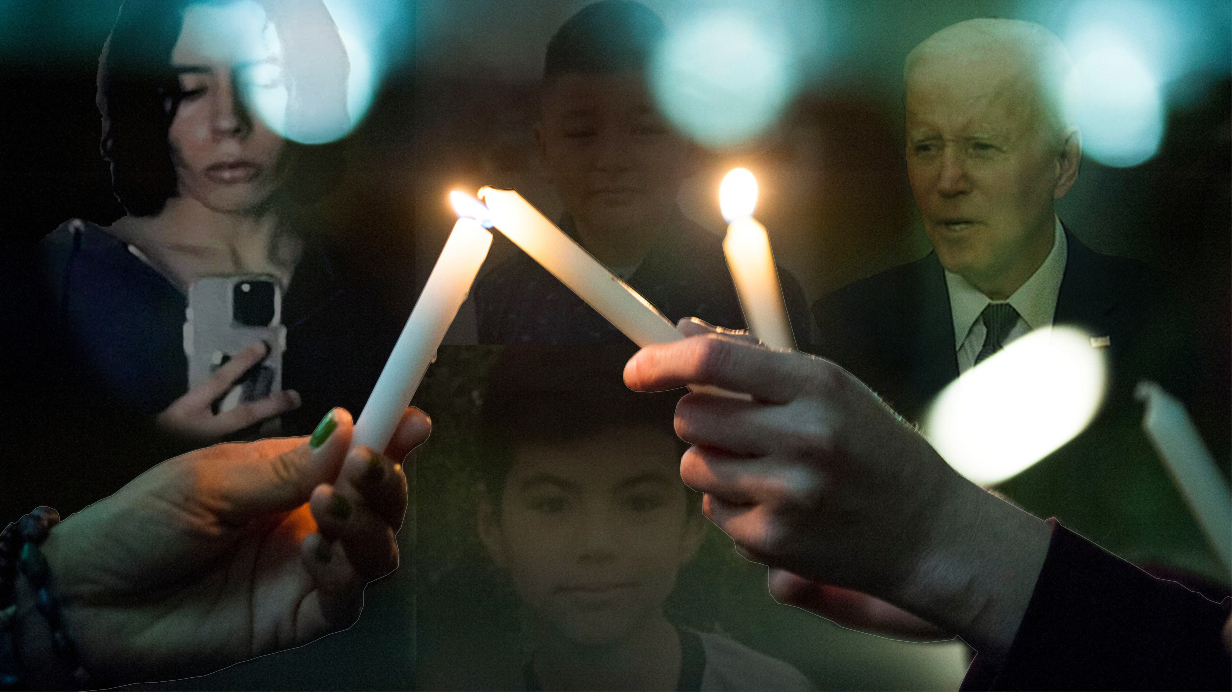 Dan O’Donnell reminds us that despite the constant refrain that “thoughts and prayers are useless,” it’s okay to take a moment to mourn for the victims of horrific tragedy.

It’s okay to grieve.  Seriously, it’s okay shed a tear, say a prayer, hug your children, light a candle, take at least a couple of hours and allow yourself to feel.  Feel heartbroken, feel enraged, feel empty.  Just feel something except an immediate need to figure out how this latest tragedy can help you make a political point.

Trust me, it’s okay.  Now don’t get me wrong, this sort of thing is widely mocked now: Offering thoughts and prayers instead of an assault weapons ban is no way to show that you care.  Caring is demanding action…that coincidentally lines up perfectly with your worldview and allows you to claim that anyone who might think differently is an inhuman monster who wants more kids to die.

But it is that callousness—a conscious refusal to empathize with and instead capitalize on tragedy—that is one of the most heartbreaking aspects of all of this.  As of this writing 19 children, all of them second, third, and fourth graders, as well as a beloved teacher are dead.  Hers was the first victim’s name to be released: Without looking it up, do you know it?  Probably not, but I’ll bet you know the name of the gunman.  I’ll bet you know what type of guns he had.

You see, it works for each side and is at play in the wake of pretty much every tragedy.  Because the left controls the media, it is invariably the side that gets to set the narrative—hence why the mass murder of shoppers in Buffalo a week ago was about America’s white supremacy problem and Tucker Carlson’s racist Great Replacement Theory but Tuesday’s (which was committed by a non-white gunman) is evidence of a need for more gun control.

But the right can be just as guilty of this, too, albeit with a much smaller megaphone.  The Boston Marathon bombing was an indictment of Obama’s refugee policies.  The Pulse Nightclub shooting in Orlando was the result of his refusal to take ISIS seriously.

Can you name a single victim of either of those attacks?  Can you name a victim of the Buffalo massacre?  It happened 12 days ago.  How about the one that happened yesterday? Do you remember the name of the school that was attacked?

This is not, I assure you, to condemn you personally for your heartlessness; I would struggle to answer most of those questions myself.  It is to condemn the way we as a society respond to mass tragedy—not by coming together in grief but for coming for one another with political hot takes.

In so doing, the dead become little more than rhetorical chips to be played: I’ll see your Evalde, Texas and raise you a Sandy Hook. Still think we don’t need gun control?  Trust me, there will be plenty of time for that.  We can throw dead children in each other’s faces until we’re convinced that our side has won the argument, but honestly, who really wins here?

There are 19 dead children, precious little miracles who won’t ever again jump on their daddy’s arms for a piggyback ride or crawl into mommy’s arms for one more snuggle before bedtime.  There are little brothers and sisters who are right now, at this very moment, being told that their best friend in the whole wide world is never, ever coming home.

Can’t we at least give them a day?  Even a few hours of sympathy, empathy, or compassion before their memories become just more grist for the outrage mill?  Or are we so self-absorbed that we will subsume their tragedy for our own ends—pretending our demands for action are the only way to honor their lives?

Trust me, there will be plenty of time for political posturing, for using the deaths of 19 children however we can in an important election year.  For now, can we just grieve?  Can we cry?  Can we, dare I say it, offer our prayers?

Or would that involve a little more decency, dignity, and, frankly, humanity than our society is capable of mustering?