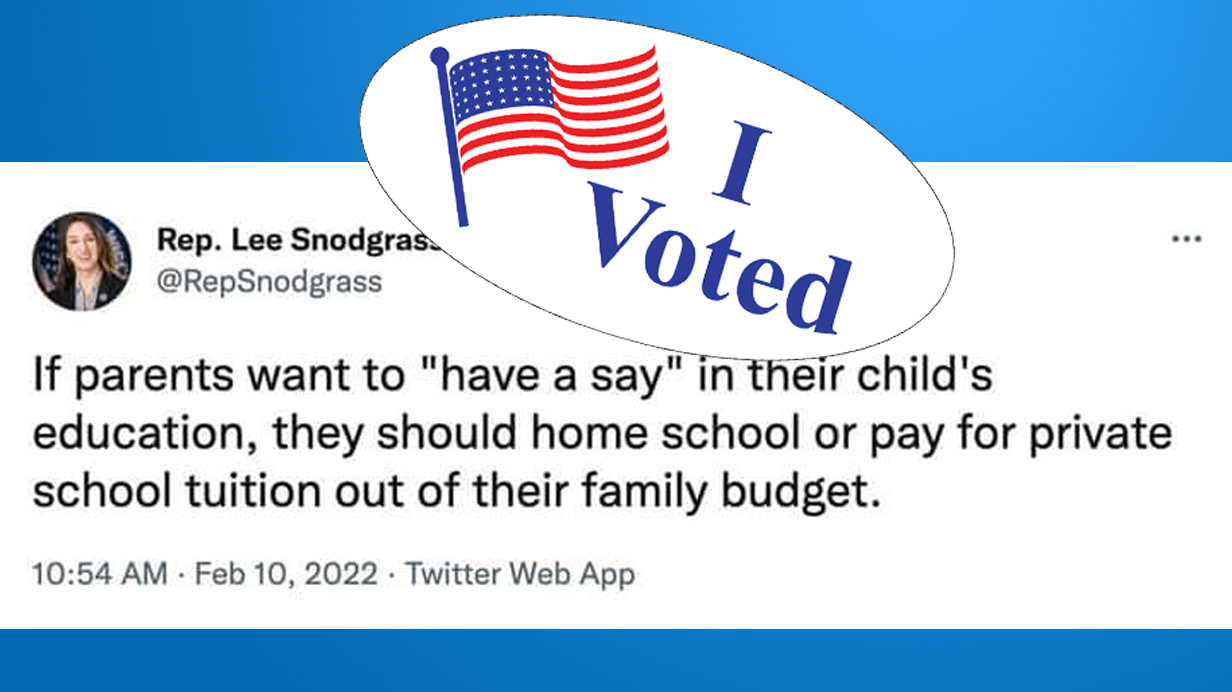 Dan O’Donnell breaks down the Spring Election, a great one for conservative parents who wanted more control over their children’s education

“If parents want to ‘have a say’ in their child’s education,” Democratic Wisconsin Representative Lee Snodgrass sneeringly tweeted in February, “they should home school or pay for private school tuition out of their own budget.”

It turns out there was a third option: Take over the school board.  All across the state Tuesday night, conservative parents won decisive victories in school board elections, ousting liberal incumbents and sending a clear message that their communities will no longer stand for mask mandates and radical curricula.

Snodgrass’ quickly deleted tweet served as something of a rallying cry for communities fed up with arrogant, incompetent liberalism.  In Menomonee Falls, three conservative candidates who dubbed themselves the “moms on a mission” swept all three of the school board seats that were up for grabs. 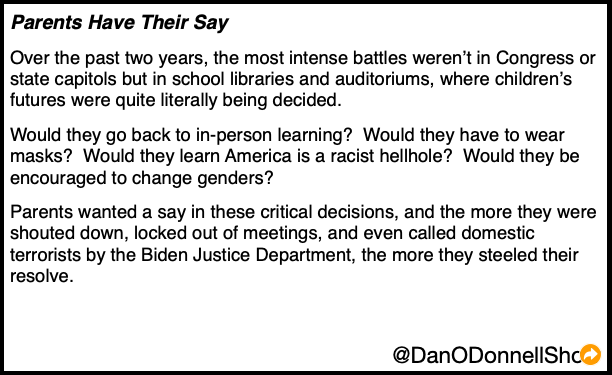 In the more liberal-leaning City of Waukesha, the slate of three conservatives completed a similar sweep, taking out two liberal board members and cementing a solid conservative majority.  Two liberal incumbents went down in Pewaukee, too, where conservatives swept the three seats.

So did conservatives in New Berlin.  And the Whitnall School District.  The conservatives were the top three vote-getters in the Cedarburg School Board race—considered one of the most bitter and divisive in the state—and would have swept all four seats had one incumbent not resigned amid a harassment campaign against her.

Yet the biggest victories were in the smallest races.  School board elections typically don’t generate banner headlines or intense public interest, but paradoxically have the greatest impact on local communities.  Over the past two years, the most intense battles weren’t in Congress or state capitols but in school libraries and auditoriums, where children’s futures were quite literally being decided.

Parents wanted a say in these critical decisions, and the more they were shouted down, locked out of meetings, and even called domestic terrorists by the Biden Justice Department, the more they steeled their resolve.

Tuesday night was the end result of two straight years of subjugation, of the Snodgrassian belief that parental rights end at the schoolhouse doors.  Conservatives burst through them.

Tuesday night was the end result of two straight years of subjugation, of the Snodgrassian belief that parental rights end at the schoolhouse doors.  Conservatives burst through them—first at school board meetings and then at the ballot box—and now can get to work undoing the damage.

And in no county will they be better able to do so than in Waukesha, where conservative candidates won nearly every race there was to be won.  It is no coincidence that the Republican Party of Waukesha County’s WisRed initiative was easily the best local candidate voter guide in the state.  The party meticulously vetted candidates in every race and created a simple-to-follow chart of its picks.

This was an invaluable service to voters in the county and should be the model for every GOP group in the state.  In fact, the Republican Party of Wisconsin needs to invest in the WisRed model and expand it statewide.  An all-too-common complaint from voters is that they want to vote for conservatives, but in ostensibly nonpartisan races have a difficult time identifying them on their own. 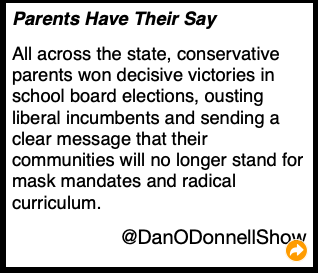 Now more than ever, with big decisions being made in small school libraries, school board, and village board races cannot be overlooked.  These seats are where the policy that impacts people most acutely is formed.

People want to and deserve to have a say in these decisions, and to ensure that they do, more of them need to be informed, engaged, and motivated to win like they were Tuesday night.