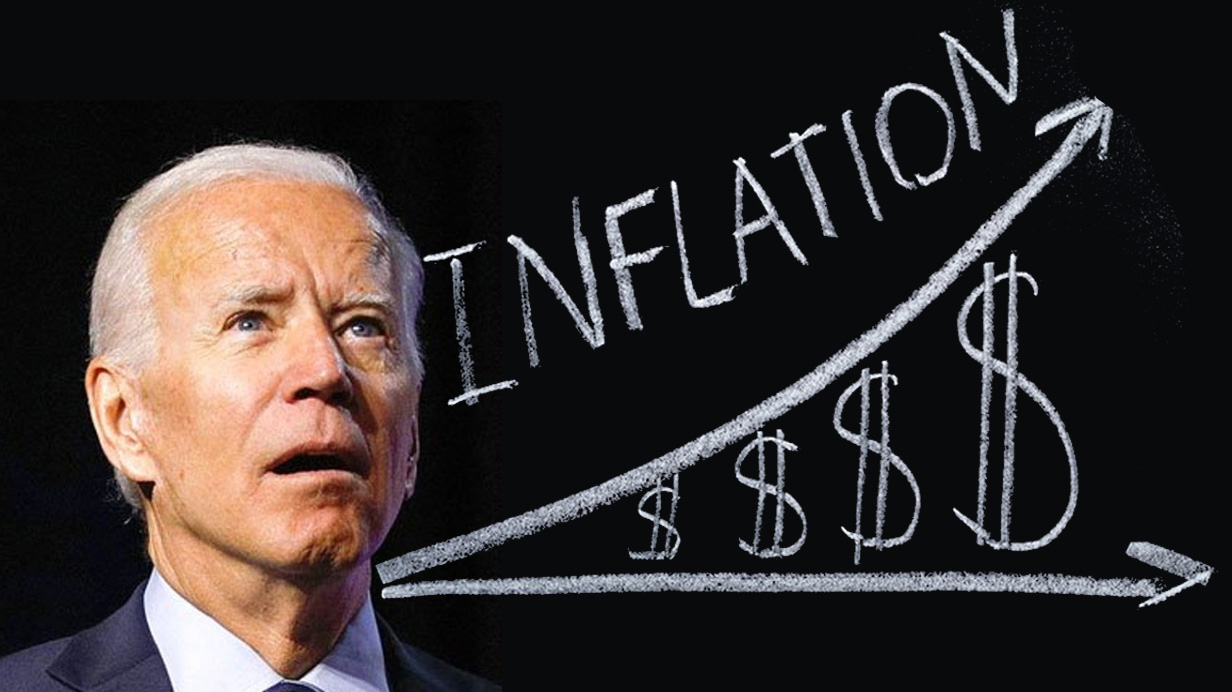 Just two weeks into the Biden presidency, noted liberal economist and former Treasury Secretary Lawrence Summers issued a warning in the pages of the Washington Post.  The new president’s $1.9 trillion COVID-19 relief package, Summers cautioned, could “set off inflationary pressures of a kind we have not seen in a generation, with consequences for the value of the dollar and financial stability.”

Because Biden’s plan was double that of the Obama Administration’s stimulus plan in the early days of the Great Recession and monetary conditions are far looser, Summers argued that injecting that much capital into an already-recovering market would rapidly and dramatically increase inflation.

“This will be manageable if monetary and fiscal policy can be rapidly adjusted to address the problem,” he wrote.  “But given the commitments the Fed has made, administration officials’ dismissal of even the possibility of inflation, and the difficulties in mobilizing congressional support for tax increases or spending cuts, there is the risk of inflation expectations rising sharply.”

To the surprise of almost no one outside of the Biden Administration, inflation did materialize, and Yellen did not have the tools to deal with it.

No one in the Biden Administration listened.

“With respect to [Summers] and his piece [in the Post],” Biden economic adviser Jared Bernstein told reporters the next day, “it’s just flat-out wrong that our team is, quote, ‘dismissive’ of inflationary risks.  Janet Yellen is our Treasury Secretary, okay?  She knows a little something about inflationary risks and has tracked that economic issue forever.”

Yellen, it was clearly (and condescendingly) implied, is much smarter than Lawrence Summers or any other economist, for that matter, who was concerned about inflation.  She knew better than anyone how to handle it, and she said so two days later.

“[Summers] has indicated there is a chance that this will cause inflation to rise, and that’s also a risk that we have to consider,” she told CNN.  “I’ve spent many years studying inflation and worrying about inflation, and I can tell you, we have the tools to deal with that risk if it materializes.”

To the surprise of almost no one outside of the Biden Administration, inflation did materialize and Yellen did not have the tools to deal with it.

That April, as COVID stimulus checks went out across the nation, the Consumer Price Index rose 4.2%—the largest year-over-year increase since September, 2008.  The following month, it rose 5.0% year-over-year, the largest increase in three decades.

Still, Team Biden said inflation was nothing to worry about it.  Everything was under control.

“Of course, we take the possibility of inflation quite seriously,” White House Press Secretary Jen Psaki said.  “As actions that have been taken to date or proposals that have been made, most economic analysts have believed that it will have a temporary, a transitory impact.”

It didn’t.  Yet even the Consumer Price Index hit new highs each month, the Biden Administration refused to change course on fiscal policy or even admit that inflation was a growing problem.

“Talking inflation, the overwhelming consensus is it’s going to pop up a little bit and then go back down,” President Biden assured Americans in June.  “No one’s talking about this great, great, you know. So, again, if it turns out that what I’ve done so far is a mistake, it’s going to show.”

Inflation has now risen to 7.9%, setting a 40-year record for the fourth straight month.

It did.  Inflation has now risen to 7.9%, setting a 40-year record for the fourth straight month.  Amazingly, the Biden Administration is still trying to convince Americans that it has things under control.

“What specifically can you point to that has worked to bring down inflation?” asked one skeptical reporter during Wednesday’s White House press briefing.

As if on cue, the very next day the Consumer Price Index showed inflation rose from January to February by a staggering 0.8%.  This sort of comeuppance would be hilarious if the Biden economic team’s arrogant incompetence wasn’t so dangerous.  Perpetually convinced they that are the smartest people in the room, they refused to heed a year’s worth of warnings.

Only now that there is a convenient scapegoat is the White House even acknowledging that inflation is out of its control, saying in a statement Thursday that “Americans’ budgets are being stretched by price increases and families are starting to feel the impacts of Putin’s price hike.”

Today’s inflation report is a reminder that Americans’ budgets are being stretched by price increases and families are starting to feel the impacts of Putin’s price hike. But I am fighting to bring down the everyday prices that are squeezing Americans. https://t.co/PVJqBeTvQS

The smartest people in the room are here assuming that the American people have already forgotten that they were downplaying or outright dismissing inflationary concerns for a full year before Putin invaded Ukraine.

Within two weeks of Biden’s inauguration, his team was cautioned against overheating an already recovering economy through unnecessary stimulus, but of course they knew better than everyone else and pressed on with fiscal policies that the average econ undergrad could predict would result in out-of-control inflation.

And now all of America is quite literally paying for their arrogance.