For being a reporter, Nikole Hannah-Jones tends to grab more headlines than she seems to write.

Hannah-Jones is the creator of the controversial 1619 Project, which attempts to reframe the United States of America as a fundamentally and systematically racist nation. Her bizarre take on the world does not end there.

Most recently, Hannah-Jones was widely mocked for her statement that Europe is not really a continent, but it’s actually “a geopolitical fiction to separate it from Asia.”

“If we could fundamentally get over that grave sin of our founding, acknowledge it and atone for it…  And pay reparations!” she told the UW audience.

Despite her tenuous grasp on reality, UW-Madison paid Hannah-Jones $55,000 to speak for one evening in January about her theories on racism in America (and no one was allowed to record it). Obviously, there’s a lot of money involved in this topic. Not surprising, Hannah-Jones says the only way to solve this problem is with more money.

“If we could fundamentally get over that grave sin of our founding, acknowledge it and atone for it…  And pay reparations!” she told the UW audience.

Some experts believe reparations should include an $800,000 payment to every black family in America, with a total price tag around $12 trillion. Hannah-Jones doesn’t understand why that’s a problem.

“They printed money in the pandemic when they wanted to. They came up with trillions of dollars over night. It was amazing. It was like bitcoin or something. And now they tell us there’s nothing we can do for the least of our citizens, but we know that’s not true because we witnessed it when it served the right people,” she continued.

Hannah-Jones says racism is the only explanation for why black people live in both material and moral poverty.

During the Q&A portion of the night, Hannah-Jones said people frequently tell her their family never owned slaves and shouldn’t be held responsible for those that did. She says even if you just arrived in the United States last week, you’re culpable.

“Your country is your country. Your country’s debts are yours. The same people who say my ancestors never owned slaves. I didn’t do any of that. There’s nobody alive today that owned slaves. Well, you didn’t sign the Declaration either, but you want credit for that shit,” she said. “You don’t get to have it both ways.”

Hannah-Jones knows her message is a hard pill for many people to swallow. That doesn’t surprise her. She compares the 1619 Project as the “red pill” from the Matrix movies.

“I always say my work tries to be the red pill in the Matrix,” she said. “If you take that red pill, suddenly you see all of the coding behind the society that you live in. All the things you took for granted. All of the things you didn’t question. You realize it’s all constructed. All this shit was created and that is empowering.”

Hannah-Jones launched the 1619 project three years ago by writing an article in the New York Times Magazine. At its core, the purpose of the 1619 project is to reframe the United States of America around the idea of slavery instead of freedom. That’s why it seeks to replace 1776 with 1619.

Since then, the education establishment throughout the country has produced various curriculum guides to spread those messages. A handful of state legislatures have attempted to ban public schools from teaching the 1619 ideology, but have not been successful. Hannah-Jones encouraged teachers at her event in Madison to teach the 1619 Project in Wisconsin schools while it’s still legal.

Hannah-Jones said she’s frequently accused of rewriting history to suit her narratives. She doesn’t dispute that. She says an important way to fight back against the “masters’ narrative” is to produce “counter-histories.”

“My critics would say is rewriting history, which tells me they don’t know anything about the field of historiography, because revision – revisionist history is what historiography is,” Hannah-Jones said.

And in Hannah-Jones’ version of history, America has always been racist and always will be racist. That won’t change until the country says it’s sorry (in some way other than the abolitionist movement, the Civil War, the civil rights movement, or the election of Barack Obama) and by paying ~$12 trillion in reparations (not counting the ~$22 trillion spent on the War of Poverty). 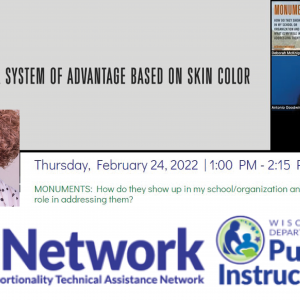 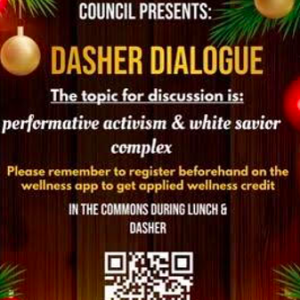