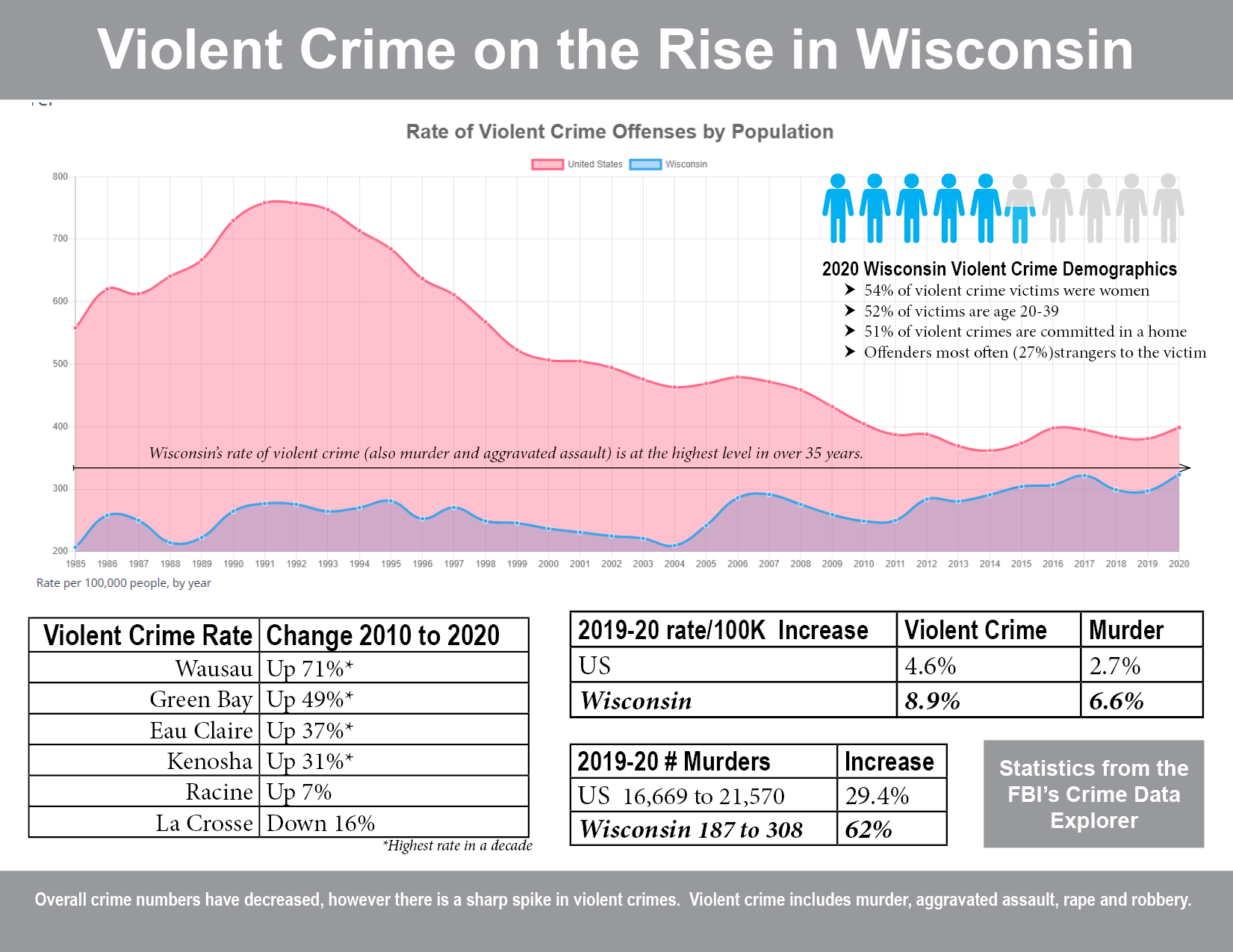 Biden Press Secretary Jen Psaki took to the talk show circuit to mock Americans she characterized as living in an “alternative universe” because they are concerned with the sharp spike in violent crime across the nation, declaring “people care more about what’s happening in their lives.”

Psaki may have written the talking points, but she clearly didn’t read the crime numbers.

Because what’s happening in people’s lives is violent crime. In Wisconsin, violent crime, murder, and aggravated assault are all at the highest level in over 35 years.

And in case Psaki and the ladies of The View are interested, in Wisconsin:

A 30-year-old Wisconsin mom has more reason to worry than at any point in her lifetime that the stranger at her door may mean to do her harm. But so does the 87-year-old Wisconsin grandmother returning library books in broad daylight, who was raped by a teen, and so do the kids, moms and grandmothers participating in a Christmas parade.

Faced with blowback for her flippant remarks, Psaki doubled down, insisting the administration is not soft on crime. But on Monday Biden’s DHHS closed out applications for a grant program that will award $30 million to purchase things like safer crack pipes, and ‘harm reduction’ vending machines, stocked with supplies to take the risk and discomfort out of criminal activities.

It turns out the alternative universe we’re living in is one where violent crime is spiraling out of control, while our leaders are looking for ways to make crime more comfortable for criminals. 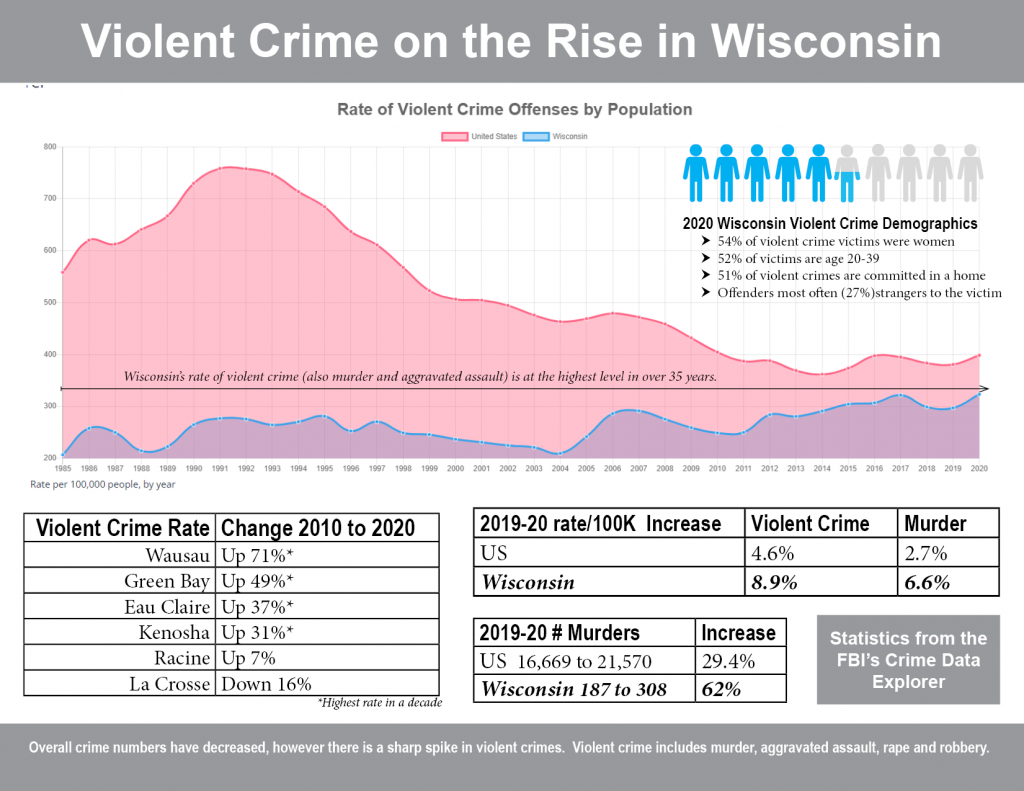