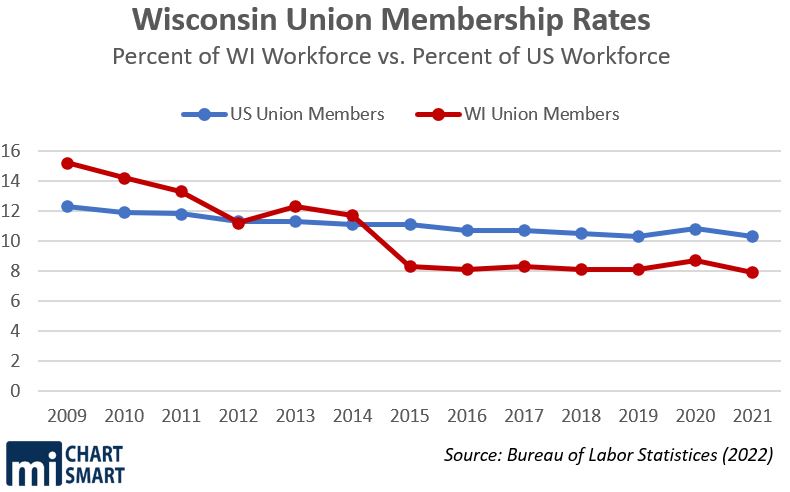 Only 215,000 Wisconsin workers belong to a union

The Bureau of Labor Statistics (BLS) recently published its annual report on union membership in 2021. The data shows union membership rates dropped to all-time lows in Wisconsin and throughout the country.

The dramatic decrease in Wisconsin’s union membership rate over time is often attributed to collective bargaining reform, passed through 2011 Act 10 for public employees and 2015’s Right to Work law.

In the past decade, unions nationwide lost 8.6 percent of their membership, decreasing from 15.3 million union members 2009 to 14 million in 2021. Wisconsin has lost 44 percent of its union memberships over the same time period. 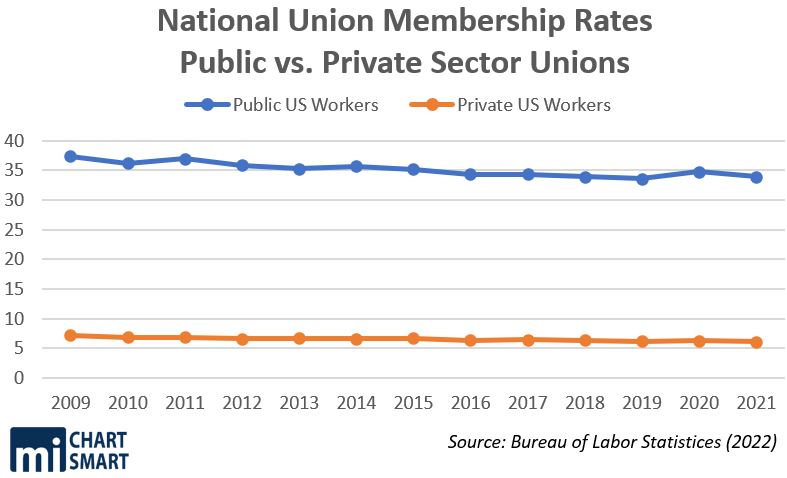 Both private and public union members dropped in 2021.

Altogether, unions across the United States have seen a net decrease of 1,313,000 members since 2009.