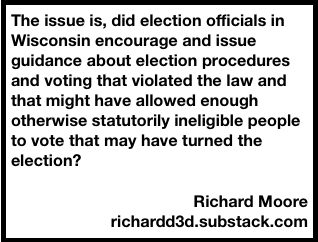 The nasty debate about whether the 2020 election was stolen is somewhat bemusing to watch, as those who bellowed about Donald Trump being an illegitimate president vehemently criticize those who say the same thing about Joe Biden.

The left uses a bait-and-switch tactic to declare that it has been thoroughly proven that no massive voter fraud undermined the integrity of the election: no voting machine tampering, or suitcases full of midnight ballots, or hordes of non-citizens using fake credentials to vote. At least not enough to tilt an election.

But of course that is not the issue, though the language often used by Trump and others leads them right into the trap the left has laid. The issue is, did election officials encourage and issue guidance about election procedures and voting that violated the law and that might have allowed enough otherwise statutorily ineligible people to vote that may have turned the election?

That is a significant matter, and perhaps the entire issue would gain getter traction if it were framed as election officials’ fraud, rather than voter fraud or just election fraud, something the mainstream media would never do.

But we all know the stories: the Wisconsin Election Commission (WEC) voting not to send special voting deputies into nursing homes to administer absentee votes, as statutorily required; allegations that the WEC ignored ballot harvesting and dropbox laws; allowing ballots with missing information to count; the improper use of indefinite confinement, and more.

The issue is whether the law was followed. Period. Even in a pandemic, the law must be followed, meaning to the letter unless emergency legislation or rules as allowed by law are implemented.

Without the rule of law, there is no foundation for our republic.

Richard Moore is the senior investigative reporter for, and former editor of, The Lakeland Times in Minocqua, Wisconsin. Richard won the 2020 Wisconsin Newspaper Association (WNA) first-place award for investigative journalism. 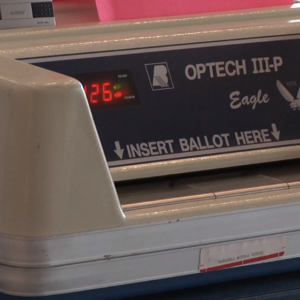 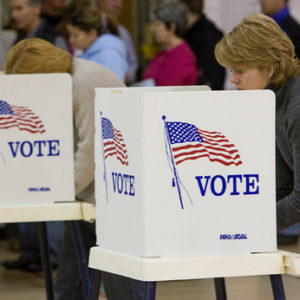