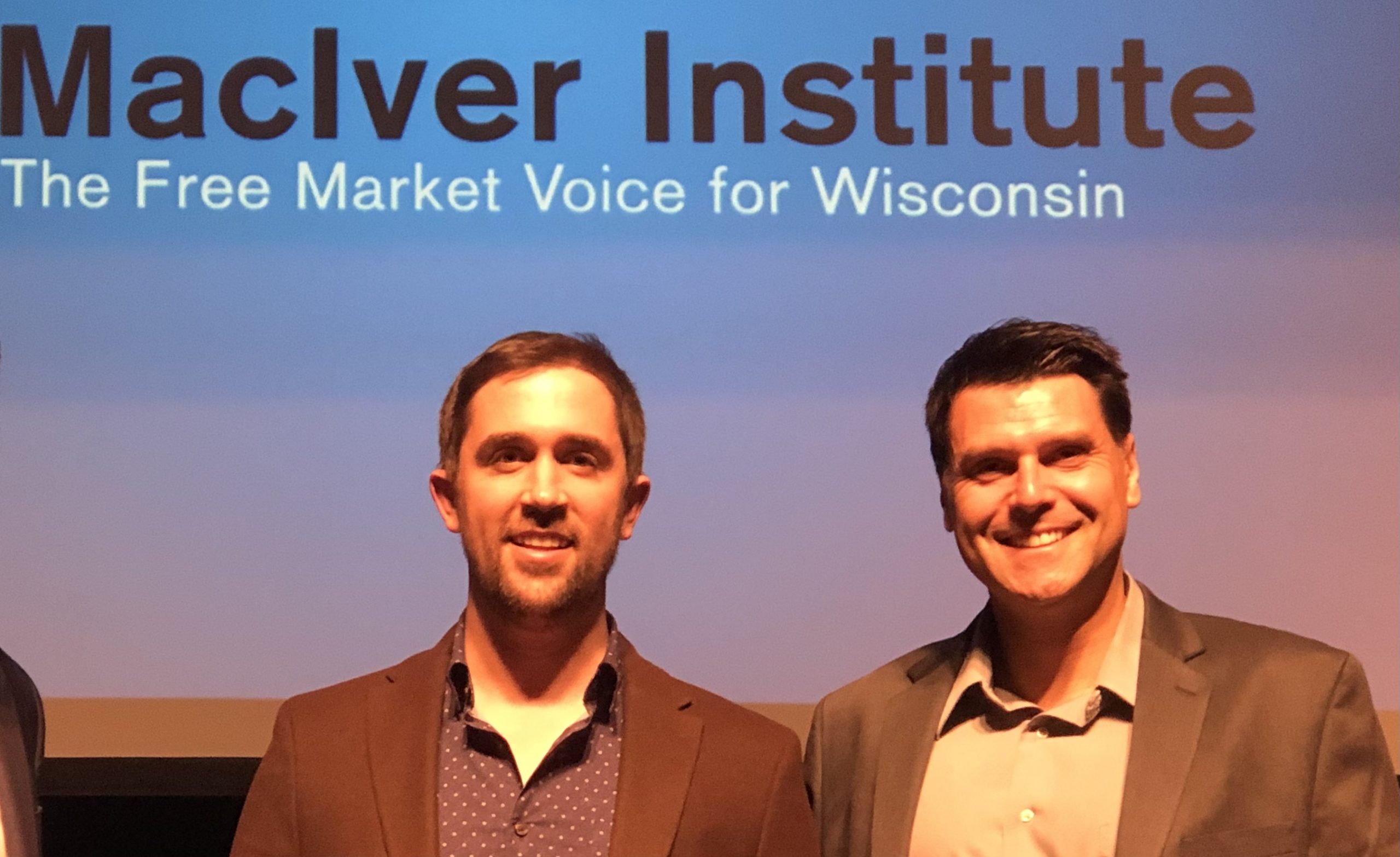 Christopher Rufo doesn’t look like much of a threat. Dressed smartly in a sport jacket and slacks, he smiles politely as he introduces himself and sits down for an interview.

“I’m just going to unplug this,” he laughs as he turns off a FOX Nation microphone attached to his lapel.  Cameras are following him as he speaks at a MacIver Institute event at the Sharon Lynne Wilson Center for the Arts in Brookfield.

He may not look like a threat, but to the American left, he just may be the most significant one.  For the past year, he has more than any other person documented the noxious infiltration of radical indoctrination programs in schools, businesses, government, and even the military.

“When we began researching this, almost no one knew what ‘critical race theory’ was,” he explains.  “Now it has more than 70 percent name recognition with the American public.” 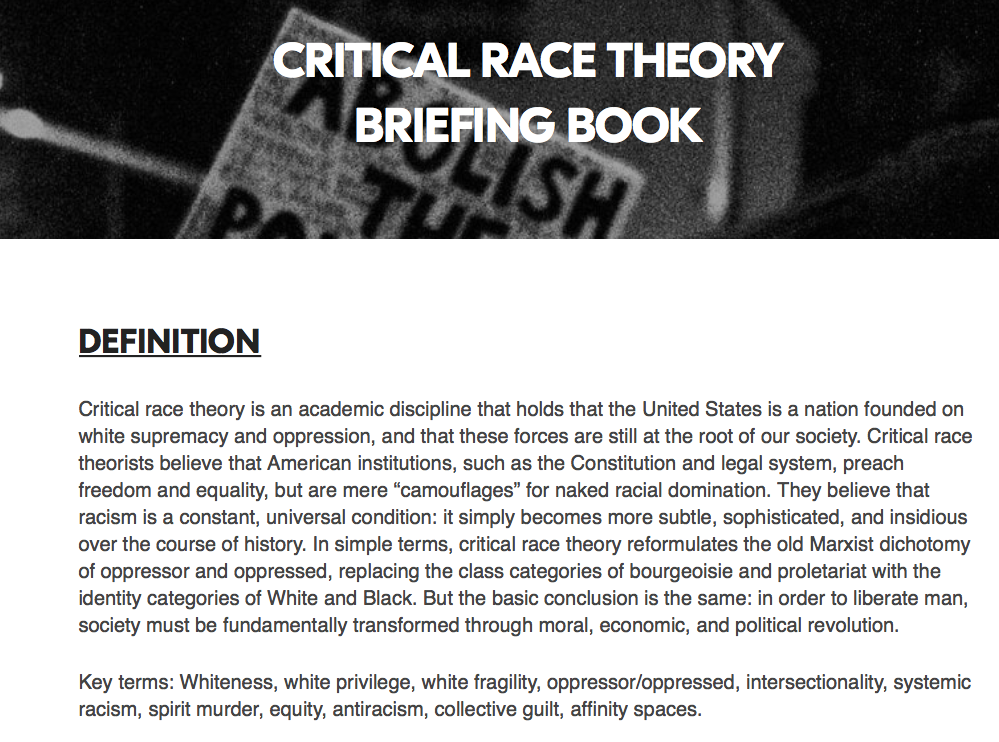 And no one is more responsible for exposing it than Christopher Rufo.  As a result, he has been the subject of countless hit pieces in newspapers like The New York Times and Washington Post, shrieking monologues from the likes of Joy Reid, and even repeated physical threats at his home in the Seattle area.

Just a year ago, he was a relatively unknown documentary filmmaker, Manhattan Institute senior fellow, and City Journal contributing editor.  How did he become so reviled so quickly?  Because he exposed the most insidious yet little-known tool in the liberal toolkit: Forced compliance with neo-communist dogma.

When he first exposed one such mandatory training seminar for workers in Seattle, he had no idea how widespread similar programs were…until his expose was published.

“I started getting first five, ten, and then thousands of people all across the country saying, ‘They’re doing the same thing in my workplace,’” he recalls. “It really started this nearly yearlong journey of documenting critical race theory and racialist ideology in American institutions.”

Rufo likens his work to unspooling the thread that ties together leftwing politics in America.  No longer content to preach their ideology at campaign stops and reinforce it through mainstream media, liberals have been mandating acquiescence through a coordinated campaign of racial reeducation. 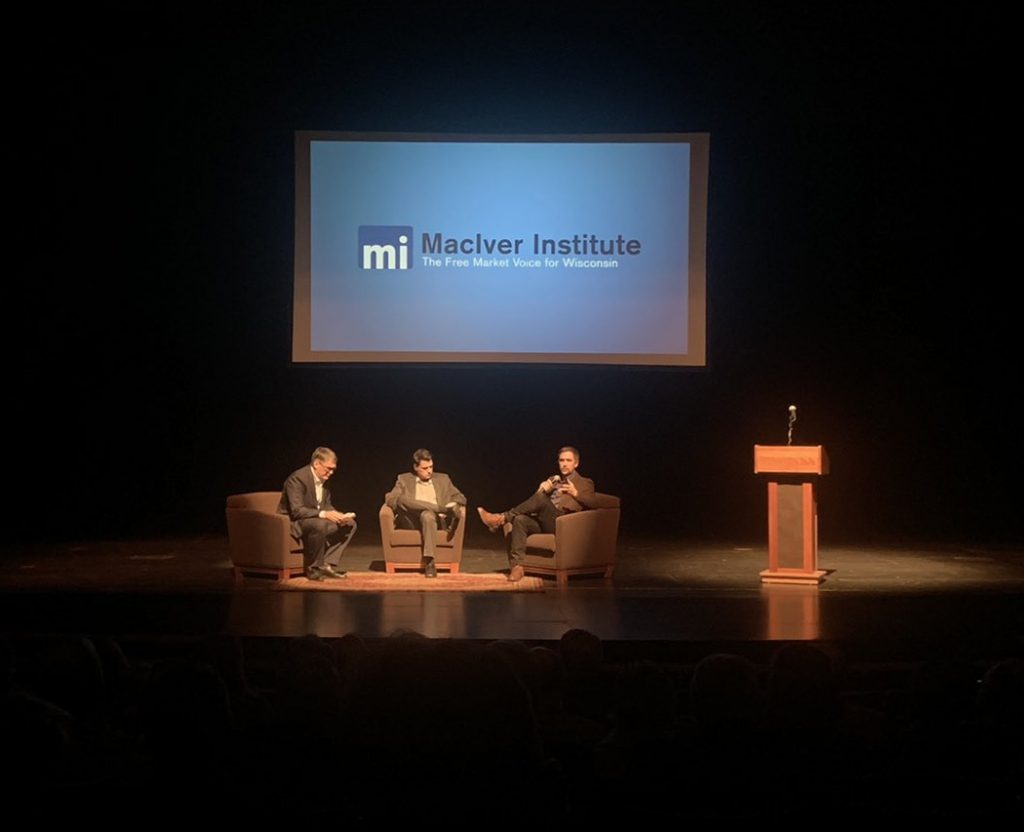 “You can trace this back to the late 1960s,” Rufo explains.  “The leftwing intellectuals and neo-Marxist thinkers then believed that hope for the Socialist revolution in the United States was doomed.  America had a large middle class, rising standard of living, and actually working people weren’t the proletariat of Marxist imagination; they were actually some of the most conservative people in society.

“And so these Marxists reformulated their strategy and said, ‘the way forward for leftist revolutionary politics is not on the axis of class, but on the axis of race, that we could have this new proletariat: Affluent white populations and poor minorities’ who at that time were called the ‘underclass.’ This new coalition, they thought, could drive forward America’s politics.”

Over the next 50 years, Rufo explains, those fundamentally radical revolutionary principles were repackaged into intellectual language and given a new stature through their inclusion in publication and curricula at prestigious institutions such as Harvard Law School and over time disseminated into diversity training programs across the country.

“What you have is this really bizarre contrast where you have clearly very radical ideological material presented at institutions as diverse as Harvard, Walmart, and the Treasury Department that are all using this language of critical race theory because it has seemingly entrenched itself everywhere.” 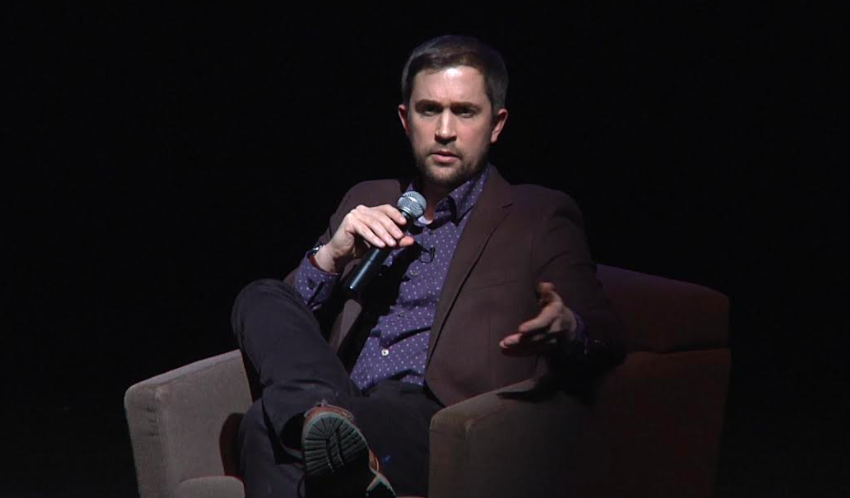 For years, though, most Americans were oblivious to it.  They would sit through their company-mandated diversity seminars and shake their heads at how increasingly “out there” they were, but they never really had the insight or ability to challenge the heavy-handed orthodoxy to which they were being subjected.

Until Christopher Rufo started exposing it, that is.  Suddenly, Americans realized just how many institutions this radical indoctrination campaign had spread its tentacles into, and, critically, Rufo was also giving them the tools to combat it.

“People knew it was wrong,” he said during his electrifying speech Monday night, “but they couldn’t quite articulate why it was wrong.  I’m trying to give them the tools to explain rationally and calmly, but also forcefully why they oppose it.”

Tens of thousands of people have; from school boards to corporate boardrooms and everywhere in between.  Rufo has sparked a conservative movement unlike any since the Tea Party by galvanizing support for fighting back against what amounts to racist, classist, anti-American teaching.

“One thing you never want to do,” he says with a laugh, “is get between parents and their kids.”

Once it became clear that school districts all across America were—by ignoring explicit parental wishes and attempting to indoctrinate their children—parents by the thousands began flooding school board meetings to voice their objections.

And Rufo says it’s working.  During a recent interview with a British researcher who was talking with both sides of the critical race theory debate, Rufo asked what the other side was thinking about all this.

“‘They’re flustered,’ he told me.  They’re in disarray because they aren’t used to being challenged and they don’t know how to respond to it.”

This, in a nutshell, is why Christopher Rufo is so hated…and so feared.  He is a threat to the left not only because he is exposing the radicalization of American institutions, but because he is arming Americans with the intellectual ability to reclaim them.