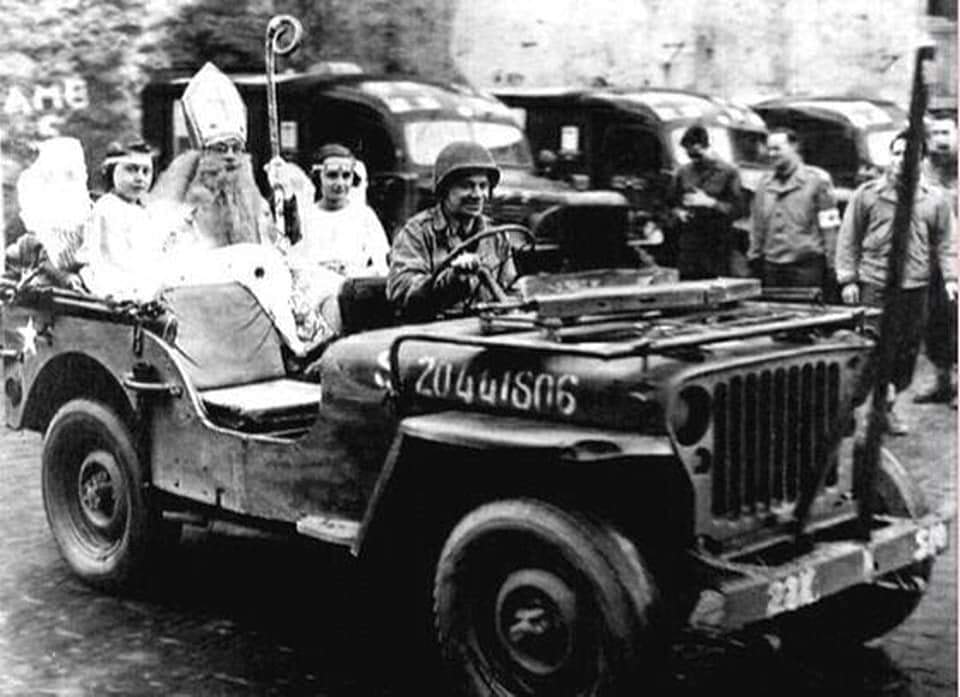 Dan O’Donnell reflects on a Christmas tinged with sadness and worry and tells the story of an American soldier who gave what he could to make the holiday a little merrier for those in need.

At this, the most joyous time of the year, we reflect on the many blessings bestowed upon us and work to bless those we love with as merry a Christmas as we possibly can.  But this year, some of us are finding it hard to be merry and even harder to spread joy.

We are a community still hurting from unimaginable tragedy in Waukesha six weeks ago and now facing an uncertain future as the Omicron variant spreads infinitely faster than any COVID-19 variant before it.

This Christmas sits at the uncomfortable crossroads of grief and worry, much like the Christmas of 1944 in war-torn Luxembourg.  After years of Nazi occupation, the town of Wiltz was liberated by American forces.  The townspeople were overjoyed, of course, but also still mourning those lost and unsure about the rebuilding effort before them.

As St. Nicholas Day approached that December, two members of the Army’s 28th Infantry Division, Lieutenant Colonel harry Stutz and Corporal Richard Brookins learned that the Nazis had banned the town’s traditional festivities.  For years, the children of Wiltz were barred from lining the streets as St. Nicholas paraded by and tossed them candies and toys.

Stutz and Brookins refused to let another joyless St. Nicholas Day happen on their watch.  They took up a collection from the members of the 128th.  The men didn’t have much—chocolate bars from their rations and comic books or paperbacks to read—but they each gave what they could for the children.

Now all they needed was a St. Nicholas to parade through the streets.  Stutz suggested that Brookins do it and, even though he had no idea how St. Nick was supposed to act (or even look), he agreed.  The two borrowed the local bishop’s robes for Brookins to wear and drove him through the town in an Army jeep as he threw the chocolate and treats for the children of Wiltz, who were overjoyed that St. Nicholas had finally returned to them.

Brookins and Stutz and their men didn’t have much to give and, after suffering heavy casualties over the prior few months, might not have felt much like celebrating.  They too were both grieving and facing an uncertain future, but they gave of themselves so that others might feel the joy of the holiday.

When the war ended, Richard Brookins returned home to Rochester, New York and began working for the phone company.  The people of Wiltz formally reinstated their St. Nicholas Day parade in 1947, but now celebrated the American St. Nicholas, who liberated them from the Nazis and then made Christmas merrier for children who desperately needed it.

Those children grew up not knowing the identity of the American St. Nicholas, but they reenacted his ride through town each year.  When they were adults and running Wiltz, they decided to track down the man whose small act of kindness had meant so much to them.

In 1977, Brookins received a letter inviting him to the 30th anniversary of the return of the St. Nicholas Day parade.  He was stunned; for three decades he had no idea that anyone even remembered what he had done.

But those children remembered.  For their entire lives, they remembered.  And they held it in their hearts forever.  Brookins went back to Wiltz and played St. Nicholas again that year.  And again for the 50th anniversary in 1994.  Then again for the 60th in 1994, and at the 65th anniversary in 2009, when the people of Wiltz unveiled a statue of him in the town square.

In 2016, the government of Luxembourg awarded him the Military Medal, the highest service decoration it can bestow—and had only been awarded eight times before.  When Brookins died in 2018 at the age of 97, the people of Luxembourg honored him as a national hero, and the people of Wiltz revere him as the very spirit of Christmas.

That’s how much even a small act of kindness can mean.  This Christmas, may we all channel the spirit of the American St. Nicholas and give what we can of ourselves to those most in need of it.  There are those in our community, even in our family, who are hurting, who are scared, and who feel alone this Christmas.  They are, like the children of Wiltz, the ones most in need of even a moment of joy and, when it comes, they will remember it forever.