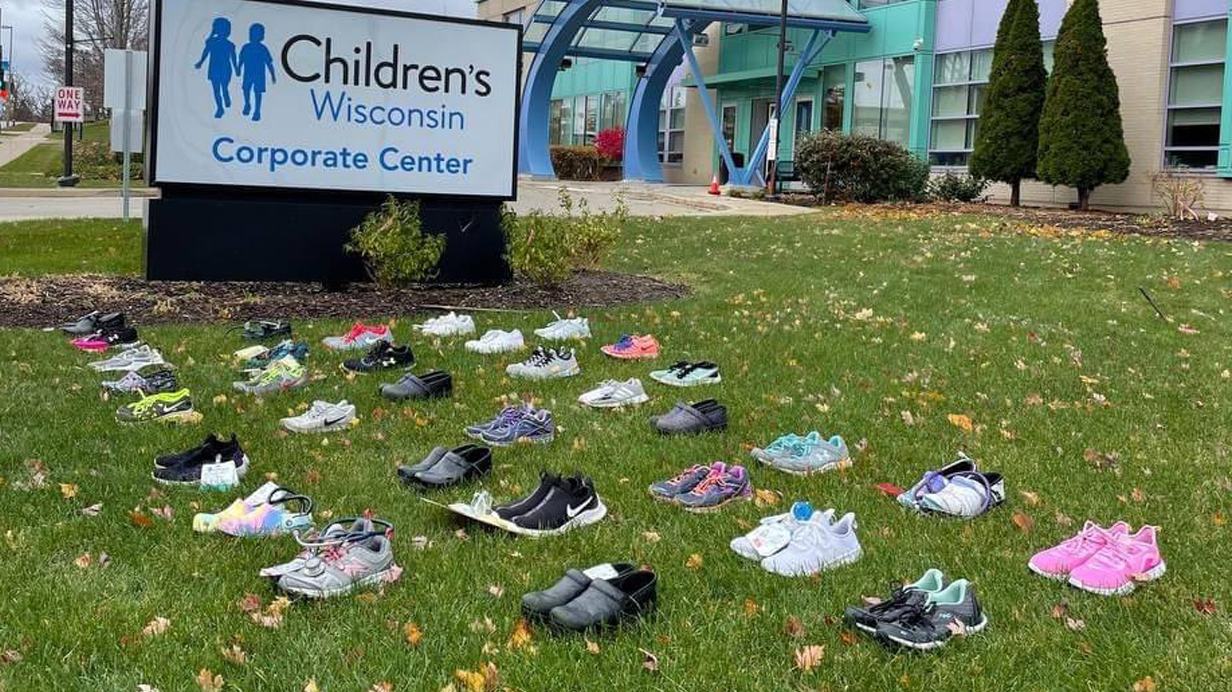 Hundreds more believed to have fled the profession

As Wisconsin copes with a healthcare worker shortage, healthcare systems across the state are imposing Covid-19 vaccine mandates that further chip away at their labor pool.

Last month, the US Supreme Court weighed in on the issue and decided it would not stop hospitals from requiring their employees get vaccinated. Most Wisconsin healthcare systems already had vaccine deadlines in place before that ruling.

The MacIver Institute wanted to know how many healthcare workers were being terminated over the issue, and how many simply quit. We looked at twelve healthcare systems across the state. Six of them have already passed their internal deadline for having all employees vaccinated or exempted.

Healthcare systems were mostly tightlipped about the number of employees not in compliance. When they responded at all to our requests, they usually only provided a percentage. Piecing their responses together with other media accounts and inside sources, MacIver estimates that about 800 healthcare workers in Wisconsin have been terminated over the mandates.

That might not seem like many considering the Bureau of Labor Statistics reported Wisconsin had 175,920 healthcare workers in May 2020, and 800 would only come out to 0.5%. However, this is only part of the picture.

Healthcare workers told the MacIver Institute they believe hundreds more have resigned in protest before being fired.

Dozens of websites and Facebook pages have sprung up over recent months to rally opposition to the mandates. Supporters believe they have leverage over the healthcare systems because there is already a shortage of healthcare workers. However, the systems do not seem to be phased by the possibility of a healthcare labor crisis. With deadlines throughout October and November, the moment of truth has arrived.

UW Health employees were all required to have their first dose of the covid vaccine by Oct. 1st.

According to media reports, 90% of staff were already vaccinated when the announcement was made this past summer. Supposedly only about 6 or 7 workers missed the Oct. 1st deadline for their first shot. The system gave them a new deadline of Oct. 11th.

Currently, 96% of staff are vaccinated, according to a source in UW Health. Religious exemptions were granted, which brings total compliance with the policy to 99.41%. As for the remainder:

“We had a handful of employees out of over 16,000 that are no longer with the organization as a result of neither getting the vaccine or filing a waiver,” UW Health told MacIver News.

No specific numbers are available, but a 99.41% compliance rate out of 16,000 would leave 95 workers unvaccinated and without a waiver.

Missouri-based SSM Health operates 8 hospitals and clinics throughout Wisconsin. It gave employees until the end of September to get vaccinated.

The company has 39,000 employees across 4 states including Wisconsin. It did not respond to a request from the MacIver Institute about how Wisconsin employees were affected by the mandate.

Aurora Health Care says it terminated 440 employees throughout Wisconsin and Illinois who did not comply with its covid vaccine mandate or receive an exemption. The system only operates in two communities in Illinois, and over 80 in Wisconsin. 440 comes out to 0.6% of its total workforce. Workers say most religious exemptions seem to have been approved.

One healthcare worker said after the deadline, unvaccinated workers were put on “a 3-day suspension and you had until 1 pm on the 18th to receive first dose. I was scheduled to work 11:30-4 today and my badge did not work. So sickened by what our country is becoming.”

Aurora did not respond to a request from MacIver News for additional information.

Mercyhealth in Janesville announced its vaccine mandate in September, and told employees that anyone not vaccinated by Oct. 15th would have to pay a monthly fee (between $65 and $265) and placed in a high- risk pool.

“Mercyhealth puts the safety of our patients and partners at the forefront of everything we do. We are proud to have a 91% vaccination rate and a 99.9% compliance rate with our COVID-19 vaccination policy,” Alen Brcic, Mercyhealth Vice President of People and Culture, told MacIver.

Brcic did not respond to questions about how many employees were fired, granted religious exemptions, or voluntarily quit in protest.

Healthcare workers at Gundersen Health System in La Crosse say the company was already suffering from a labor shortage before the covid vaccine mandate was announced. The group Coulee Region Healthcare Workers Against Covid Vaccine Mandates has posted pictures of overflowing trashcans and laundry baskets allegedly resulting from an exodus of low wage hourly workers at the hospital after a pay cut this year. The group says the mandate will push the company over the edge.

In September, Gunderson Operations Vice President Mike McKee told WEAU-TV the hospital was facing a spike in Covid patients at the same time as a staffing shortage. Management was forced to help with patient care.

A man identifying himself as a Gundersen employee in two of the group’s videos says “Our hospital leadership is dug in. Vaccinate or terminate.”

Monday, Nov. 1st, was the deadline for workers at Gundersen to have an exemption or be vaccinated. Unvaccinated staff were then put on unpaid leave and were terminated on Monday, Nov. 8th.

Gundersen told MacIver News that resulted in 30 terminations. Another 62 resigned over the mandate on their own.

MacIver News spoke with one of those former employees who resigned on Nov. 1st after receiving only a temporary exemption that questioned the value of her religious beliefs.

“Your request for an accommodation – to remain unvaccinated – poses an undue hardship for Gundersen. We need you to recognize that, and seriously consider where your religious belief is such that is justifies the very real threat to the safety of your coworkers, our patients, and the community,” Gundersen Human Resources wrote to the woman.

“Your request for an accommodation – to remain unvaccinated – poses an undue hardship for Gundersen. We need you to recognize that, and seriously consider where your religious belief is such that is justifies the very real threat to the safety of your coworkers, our patients, and the community,” Gundersen Human Resources wrote to the woman.

She said about 100 employees have been put on unpaid leave, but hundreds resigned to avoid being terminated or vaccinated.

According to a letter posted by an anonymous group of employees online, “The Emergency Room and Critical Care are currently losing staff left and right for issues unrelated to the vaccine mandate. Within the last 6 weeks Critical Care has lost over 10% of their nurses for other jobs, both within Gundersen and outside the system. While the ER can’t turn away patients due to short staffing, wait times have started to increase and will only get worse come November.”

Nov. 1st was also the deadline at Froedtert and the Medical College of Wisconsin. WTMJ reported last week that 168 employees were expected to “voluntarily resign” over it.

According to one nurse, Froedtert processed the voluntarily resignation packets for unvaccinated employees after October 31st.

“I will not be resigning, voluntarily or otherwise. I will continue to show up as scheduled. I have personal reasons and beliefs as to why I have not received any COVID administration. I want to make sure that is noted should you decide to move forward with a decision to terminate my employment,” the nurse wrote to her supervisor last month.

Froedtert did not respond to a request from MacIver News for additional information.

Essentia Health is a healthcare provider in Minnesota, North Dakota and Wisconsin. According to media reports, it fired 49 employees for not being vaccinated on Nov. 1st. It has a total workforce of 14,100 people.

Glendale-based Ascension Wisconsin announced its employee vaccine mandate in July. It operates 17 hospitals in Wisconsin and has 13,000 employees.

There’s no update yet on how many workers were terminated for failing to comply with the mandate. Employees say religious exemption requests were generally denied.

Staff at Children’s Hospital of Wisconsin say that healthcare system is also suffering from staff shortages, and that the vaccine mandate will only make things worse.

This month, Children’s closed its clinic in Delafield through the end of December due to staff shortages, according to an email sent to staff on Oct. 14.

Religious and medical exemption requests were due on Sep. 15th. Inside sources say 70% of them were denied.

As of Oct. 25th, the health system said it was approaching 90% compliance from staff with the mandate.

The hospital did not respond to MacIver’s requests for additional information.

All last year we called these nurses “healthcare heroes” for bravely working on the frontlines of a pandemic without any vaccine available.

Now, these same heroes are forced to choose between their livelihood and a personal healthcare decision.

This from Children’s Hospital pic.twitter.com/j0DP1bH390

Marshfield Clinic also has a Nov. 15th deadline for its employees to all be vaccinated or have an approved exemption.

Inside sources tell MacIver News that 1,200 out of 12,000 employees systemwide received exemptions.

Marshfield did not respond to MacIver’s requests for additional information.

An inside source told MacIver News, that’s not exactly true. At least 3 employees have received a religious exemption. Friday, Oct. 29th was the deadline to submit an exemption request, but that was extended.

In late October, the system emailed employees with future job openings for ten positions currently held by unvaccinated staff members, according to an email obtained by MacIver News.

Employees now have until Nov. 19th to get vaccinated, an exemption, or face termination.

ThedaCare has about 7,000 employees at clinics throughout northeast and central Wisconsin. In September, it set a Nov. 22nd deadline for all employees to get vaccinated. There was no mention of exemptions in the news release. Some employees say the system will not even accept exemption requests.

Aspirus Health originally issued a vaccine mandate in August, but it apparently did not include deadlines or penalties. That changed on Nov. 4th, when the federal government issued a hard Jan. 4th deadline for all healthcare workers in the country. Health systems that did not comply could lose their Medicaid and Medicare reimbursements, which is all the encouragement they needed.

The company issued a video statement that everyone is now required to receive their first shot or get an approved exemption by Dec. 4.

“Exemptions are very limited,” a spokesman said in the video. “The vast majority of our team members are already vaccinated and more are choosing the vaccine every day.”

Aspirus is based in Wausau and has 11,000 employees throughout Wisconsin and Upper Michigan.