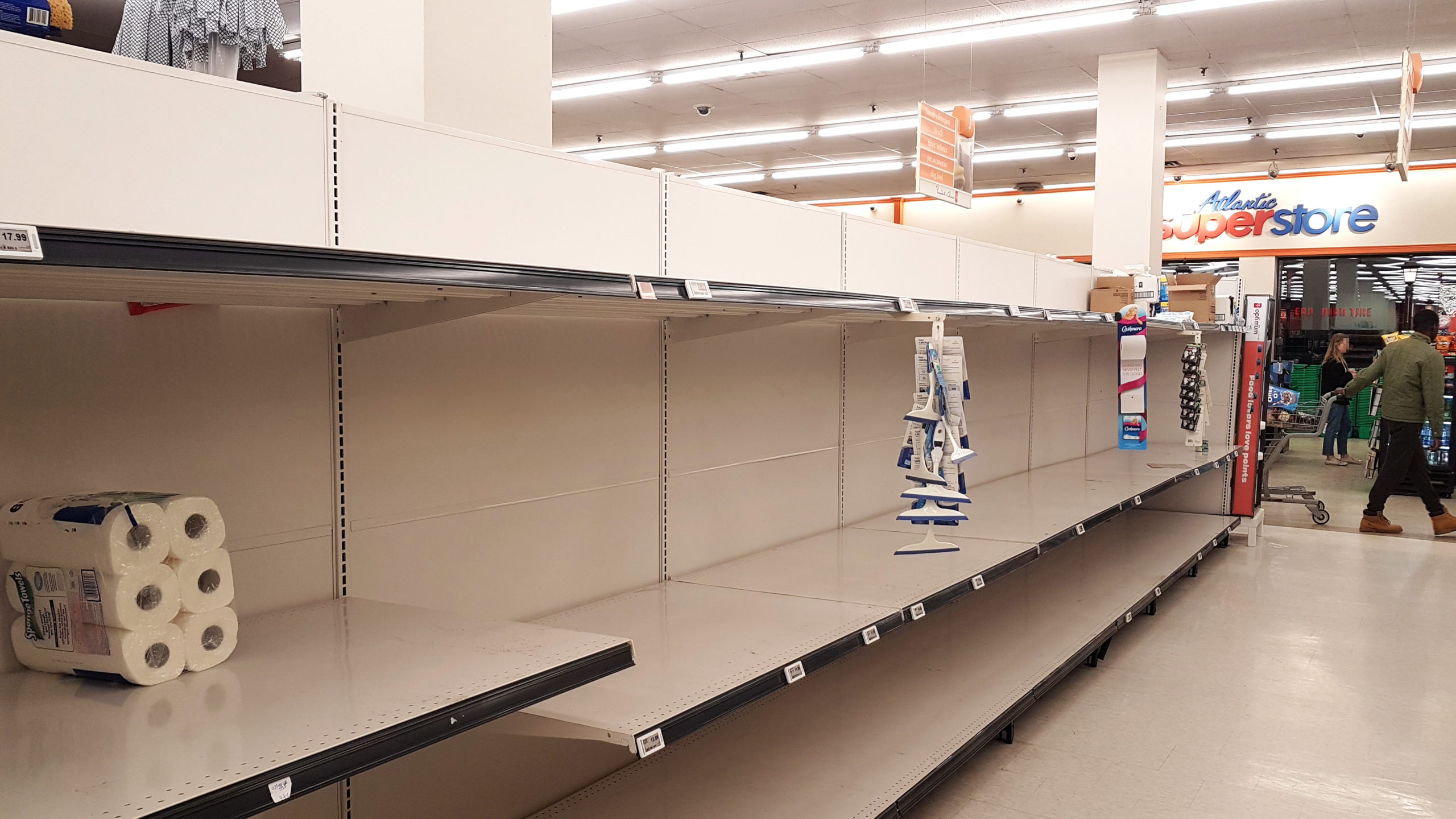 A Washington Post columnist’s attempt at providing cover for President Biden’s mishandling of the economy has inadvertently created the perfect slogan for the Biden presidency.

If there is one problem with Americans, it’s that we have apparently grown too darned accustomed to store shelves that aren’t empty.

Bread lines, according to Washington Post columnist Micheline Maynard, build character. In her hilariously titled essay “Don’t rant about short-staffed stores and supply chain woes. Try to lower expectations,” Maynard argues that since “Americans’ expectations of speedy service and easy access to consumer products have been crushed like a Styrofoam container in a trash compactor,” it is “time for some new, more realistic expectations.”

Maynard is obviously trying to cover for President Biden’s disastrous mishandling of the nation’s economy, she has inadvertently come up with the perfect slogan for the Biden presidency: Try to lower expectations.

“American consumers might have been spoiled,” Maynard writes, “but generations of them have also dealt with shortages of some kind—gasoline in the 1970s, food rationing in the 1940s, housing in the 1920s when cities such as Detroit were booming. Now it’s our turn to make adjustments.”

The sad reality is that the supply-chain crisis is but one facet of Biden’s utterly ruinous fiscal policy. New research from the Federal Reserve Bank of San Francisco finds that the president’s $1.9 trillion COVID-19 stimulus spending has significantly contributed to the out-of-control inflation that has rocked American consumers for months.

Gas prices are at a seven-year high. Consumer prices rose by the highest amount in 13 years, meaning real hourly wages have been steadily declining each month Biden has been in office.  With the price of goods and services increasing so dramatically while wages have essentially remained stagnant, Americans have quite literally gotten poorer during the Biden presidency.

On top of that, the Biden stimulus’ cash payouts combined with an already excessive welfare state (and a remarkably ill-conceived COVID vaccine mandate) to push millions out of the workforce.  In August, an absolutely staggering three percent of all American workers quit their jobs.  As 4.3 million people left the workforce, the number of job openings stayed about 10 million for the third straight month.

Incidentally, June, July, and August were the first months in the history of the United States in which job openings topped 10 million.  Employers are desperate to hire, but they simply cannot compete with the Biden Administration’s insistence on paying people a living wage not to work.

Weird how goods aren’t being unloaded from cargo ships, trucked to stores, stocked, and available for purchase when there are millions fewer people doing the unloading, trucking, and stocking, isn’t it?

Then again, we are probably spoiled for expecting such luxuries as, you know, a functioning marketplace for goods and services.  We need to, in the words of Micheline Maynard, lower our expectation that the steward of our economy can actually steward our economy.