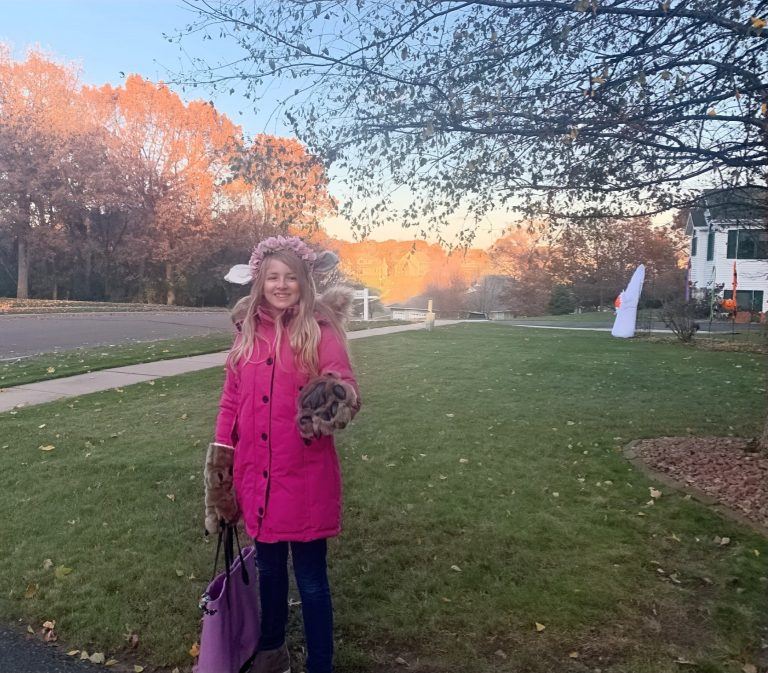 Dan O’Donnell tells the story of a young girl who stared down COVID tyranny…and won.

Throughout history, the fires of revolution have been lit by the tiniest of sparks.  The flicker of rebellion—often from the unlikeliest of sources—engulfs a people and inspires them to burn down the tyranny that has subjugated them.

Long after the Wisconsin Supreme Court struck down the most draconian of COVID restrictions, a handful of tinpot dictators in local health departments are still doing their best to keep their cities as miserable as possible.

Fortunately, the spark of rebellion is still flickering and in Wisconsin it lies in a teenaged girl whose civil disobedience has exposed the absurdity of her city’s quarantine rules and made her into something of the state’s Joan of Arc.

Call her Joan of Eau Claire.

Last week, Mikaila Spiess, a freshman at Eau Claire Memorial High School, was notified that she came into close contact with a classmate who tested positive for COVID-19.  As a result, she would have to be quarantined for 14 days, or seven days if she tests negative.

Mikaila, who goes by the nickname Pixie, immediately recognized that this was unfair.  Vaccinated students who show no COVID symptoms don’t need to quarantine at all, and although she is unvaccinated, she had contracted the disease earlier this year and has natural immunity.

To her, it was fundamentally wrong for both the school and the Eau Claire City County Health Department to deny her two weeks of in-person schooling, so she decided to take a stand.  She told her mother, Kita Busse, that she intended to reject the school’s quarantine and attend classes in person the next day.

As a courtesy, Busse—who says she has always had a good relationship with her officials in her daughter’s school system—called Eau Claire Memorial’s principal last Wednesday night to inform him that Pixie would be coming to school the following morning.

After a few calls back from assistant principals and other school personnel, Busse double checked with Pixie to make sure that she really wanted to provoke such a potential firestorm.

When Pixie arrived at school Thursday morning, her principal ushered her into an empty classroom and told her that she was to remain there for the entire school day.  No one would be allowed in, and she would not be allowed to leave.

“If they couldn’t quarantine her at home, they were going to do it at school,” Busse explained.  “I think they thought she would give up and go home, but they don’t know Pixie.”

She stayed in the classroom all day and, when Busse arrived to pick her up Thursday afternoon, was shocked to see four uniformed law enforcement officers at the school to serve her with a court order to quarantine at home.

“Mikaila Spiess is temporarily confined for purposes of quarantine,” the order reads.  “Guards may be posted in compliance with Wis. Stat. Ch. 252 and Wis. Admin. Code DH Ch. 145.”

The health department, it seems, was far more terrified of Joan of Eau Claire escaping than the English were of Joan of Arc.

Pixie was ordered to appear in court Tuesday, but she tested negative for COVID on Sunday and, in large measure because she so bravely and so publicly stood up to her quarantine, a judge on Monday cancelled the hearing and allowed Pixie to return to school on Tuesday.

She stared down tinpot tyranny and won, and she now stands as a powerful symbol of the eternal strength of an engaged citizenry.  When it stands against the excesses of its government—at every level—then that government stands in fear of its own excesses.

If the price of freedom is eternal vigilance, then a high school freshman just cashed a rather large check…with the rest of her state cosigning.  She didn’t pay, as Joan of Arc did, by being burned at the stake, but at an age when a child’s greatest fear is not fitting in, Pixie willingly sacrificed her own social standing to stand up for everyone in Wisconsin who is simply done living in fear of their local health department autocrats.

Her civil disobedience was the spark; now our passion for ending the last vestiges of COVID tyranny must burn as hotly as hers.