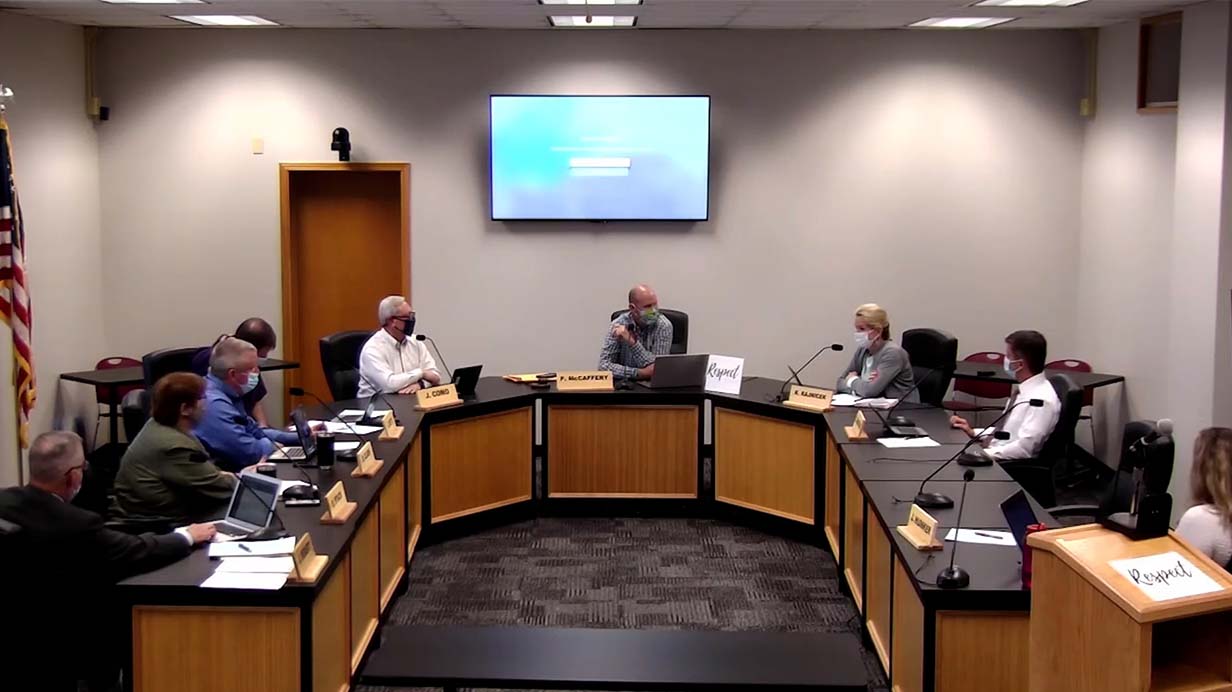 It was perhaps fitting that the Waukesha School Board reversed its decision on school lunches on the same day that the United States formally exited Afghanistan: Both felt an awful lot like capitulation to terrorists.

This isn’t lazy or intentionally provocative hyperbole; Waukesha School Board members faced literal terroristic threats of physical violence and professional ruin if they didn’t bend to the will of a digital mob.  Whipped into a frenzy by a staggeringly misleading Washington Post article, leftist thugs posted members’ home addresses, names of their children, and sent threatening emails and voicemails by the hundreds.

“I hope you and your children choke and die,” one emailer wrote.

“You’re about to get ruined,” promised another, who included each member’s home address.  “All of you.  Targeted.”

On Friday morning, the Post tweeted out a story with the plainly dishonest headline “A school district opted out of free and reduced-price meals, saying students could ‘become spoiled,’” and within minutes a mob started forming.  Retweet by retweet, condemnation after condemnation from prominent liberals, the anger rose to a boil.

“Yes, children will become ‘spoiled’ by this basic human need,” comedian Chelsea Handler wrote in a quote-tweet of the Post’s story. “Welcome to America.”

MSNBC’s Joy Reid quoted Ebenezer Scrooge in tweeting “Are there no workhouses??? Are there no orphanages???”

In all, Twitter users retweeted or quote-tweeted the Post’s story more than 26,000 times…and nearly every single person who did got it completely wrong.

A school district opted out of free and reduced-price meals, saying students could “become spoiled” https://t.co/sKOVLjdvkc

In June, the Waukesha School Board voted unanimously to return to the National School Lunch program, which provides taxpayer-funded meals for low-income students whose parents qualify.  In so doing, they chose to discontinue using a COVID-19 federal program that provided meals for all students regardless of family income.

No children in Waukesha ever went without a lunch.  None.  And no parents ever complained, yet as soon as the Board made its decision a group of them started protesting and eventually caught the attention of the Post.

In what can only be termed journalistic malpractice, reporter Maria Luis Paul heavily implied that children would go hungry and could, in the words of Board member Karin Rajnicek, “become spoiled.”

Rajnicek, who owns Amazing Grace Salon in Waukesha, faced the brunt of the mob’s vitriol for her heartlessness, and they targeted her business with both one-star online reviews and physical threats.

“How dare you! Become spoiled because they get to eat?” said one threatening voicemail. “Food is now something that you are spoiled about?  I hope you go home and somebody takes your paycheck because you might be getting a little spoiled.”

“Your school board is made up of hateful, loathsome, evil monsters,” added another voicemail.  “I hope they come for you with torches and pitchforks.”

“Can we just get back to, ‘If I have children, I should be able to provide for them and if can’t, there is help for them?’ Stop feeding people who can provide for them,” she said during the Board’s meeting in June.  “I feel that this is a big problem. And it’s really easy to get sucked into and to become spoiled and to think it’s not my problem anymore.  It’s everyone else’s problem to feed my children.”

It is plainly unconscionable for the Washington Post to omit this context and to accuse Rajnicek of calling children spoiled for wanting to eat lunch, especially since the Post’s dishonesty led to hundreds (if not thousands) of threats in the span of three days.

Sounds like a threat.
One person sent an e-mail to Waukesha school board members:

“All of you are going to be spoiled in severe ways. get ready.”

[addresses of school board members]

“All of you. targeted.” pic.twitter.com/PZqWjZLiu2

Sadly, during a hastily called emergency meeting on Monday, the Board surrendered to the unrelenting attacks.  The four conservative members held strong, but the weak-willed Pat McCaffrey was sufficiently intimidated and joined the Board’s four liberals in reversing its earlier decision and returning to taxpayer-subsidized lunches for all for the new school year.

The mob won, its terroristic threats proved to be an effective political tool, and it has set a dangerous precedent for swaying local government leaders: Can’t convince them? Threaten them.

The Wisconsin Department of Justice was so concerned about this sort of thing last week that its Office of School Safety issued a warning about parents who get too confrontational at school board meetings.

“So when we think about is it typical for people to voice their opinion at a school board meeting? Yes it is,” Office of School Safety official Kristin Devitt told WTMJ-TV. “One thing that is different is where we see people making threats – where there is physical violence involved. When the emotions are high and that is when we see behaviors changing and things becoming concerning.

“When it goes into threatening a person, threatening to harm someone or something, that is when we see it move into criminality.”

Why, then, has the Justice Department been so strangely silent about the threats aimed at Waukesha School Board members?  They started coming in just three days after WTMJ’s report on the Office of School Safety’s warning aired, and they went well beyond yelling obscenities during a school board meeting on mask mandates.

This is the Waukesha School Board. They voted to opt-out of a free lunch program that would have fed 30%+ of the kids attending their schools.
/
Society only progresses when the resources available to it is mobilized for the common good. This Board would rather starve kids. pic.twitter.com/bXz34zj4ff

Posting home addresses and pictures of members’ children with messages promising retribution for a vote is the dictionary definition of terrorism, yet the Department of Justice has thus far refused to investigate.

It wouldn’t be because Attorney General Josh Kaul agrees with the mob’s grievance if not its methods, would it?  It couldn’t be that he is willing to turn a blind eye to political terrorism because he supports the result it ended up getting, could it?

Whenever terrorism is in effect ignored, it is tolerated, it is legitimized, and it spreads.  And it will keep spreading as long as Wisconsin has an Attorney General who refuses to treat it as the serious crime that it is.