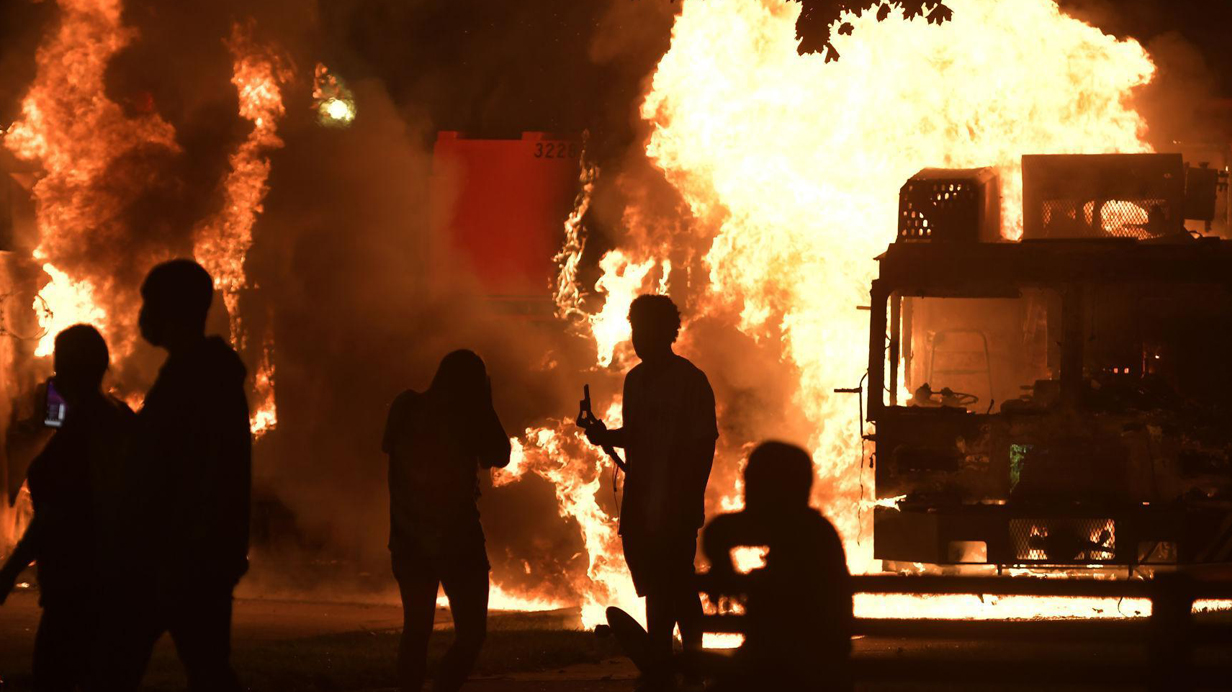 A year after the devastating Kenosha riots, Governor Evers and Lieutenant Governor Barnes are still peddling the same inflammatory lies about the police shooting that sparked them.

A year ago this week, Wisconsin Governor Tony Evers and Lieutenant Governor Mandela Barnes thoroughly disgraced their offices with their dishonest and downright inflammatory responses to a police shooting that sparked three nights of riots which left downtown Kenosha in smoldering ruins.

In issuing equally misleading and provocative statements marking the anniversary, Evers and Barnes pretended as if the past year didn’t exist; as if the truth about the shooting of Jacob Blake—and why it was completely justified—hasn’t been widely known for months.

“One year ago today, Jacob Blake’s life was forever changed,” Evers said in a press release Monday.  “While we are grateful Jacob survived his injuries, we also know Jacob, his kids, and his family have and will face challenges they never imagined having to endure.”

“One year ago today,” Barnes added in a tweet, “Jacob Blake was shot in the back seven times in front of his children.”

Blake was shot four times in the back and three times in the side…as he brandished a curved-blade knife while attempting to kidnap his children in a vehicle he was attempting to steal from his ex-girlfriend, Laquisha Booker, whom he had allegedly sexually assaulted just three months before.

This is a lie.  Blake was shot four times in the back and three times in the side…as he brandished a curved-blade knife while attempting to kidnap his children in a vehicle he was attempting to steal from his ex-girlfriend, Laquisha Booker, whom he had allegedly sexually assaulted just three months before.

In fact, it was she who placed the 911 call bringing Kenosha Police officers to her home after telling dispatchers Blake had shown up and “wasn’t supposed to be there.”  The officers were aware when they arrived that there was a warrant out for Blake’s arrest.

In May, Blake had been charged in absentia with third degree sexual assault, criminal trespass, and disorderly conduct after he allegedly broke into Booker’s home as she slept next to their young son, woke her up, and “suddenly and without warning, reached his hand between her legs, penetrated her vaginally with a finger, pulled it out and sniffed it, and said, ‘Smells like you’ve been with other men.’”

According to a criminal complaint, Blake then stole Booker’s rental car and ATM card, eventually using it to make $1,000 in fraudulent withdrawals.

When he showed up at her home in late August, she called 911 because she was scared that he was planning to steal her SUV and crash it (as he had done before) or potentially take their children.  When officers arrived, she flagged them down and said Blake was indeed trying to take her vehicle, adding “My kids are in the car.”

The officers, knowing that they were confronting a violent sexual assault suspect during a potential child kidnapping, immediately confronted Blake and attempted to arrest him on the outstanding warrant.  He refused to obey their commands and physically resisted.  Two officers used their tasers on Blake, but neither stopped him.

Instead, Blake got up, pulled out his curved-blade knife and walked menacingly toward the SUV’s driver side in an obvious attempt to drive away with the children inside the vehicle.  The officers yelled for him to drop the knife, but he again refused.  When one of the officers grabbed him to stop him from getting into the SUV, Blake twisted his body suddenly, swinging the knife toward the officer.

At that point, the officer fired until Blake dropped the knife, which an independent investigation concluded was “consistent with law enforcement training where officers are instructed to continue shooting until they stop the threat.”

That investigation determined that the officer was completely justified in using such force, and he faced no punishment whatsoever, but one would be hard-pressed to ascertain that from Governor Evers’ and Lieutenant Governor Barnes’ statements this week, which cast Blake as an innocent victim of bad policing and systemic racism.

“Kathy and I are thinking of Jacob and his loved ones,” Evers said, “and we ask Wisconsinites to join us in extending our prayers for peace and healing.”

Sickeningly, Evers refused to call for either peace or healing a year ago, when he issued a highly incendiary press release just minutes before the first night of rioting in Kenosha began.

“Tonight, Jacob Blake was shot in the back multiple times, in broad daylight, in Kenosha, Wisconsin,” he said.  “While we do not have all of the details yet, what we know for certain is that he is not the first Black man or person to have been shot or injured or mercilessly killed at the hands of individuals in law enforcement in our state or our country.”

“While we do not have all of the details yet, what we know for certain is that he is not the first Black man or person to have been shot or injured or mercilessly killed at the hands of individuals in law enforcement in our state or our country” – Gov. Tony Evers

At no point did Evers urge calm or warn against committing acts of violence, he just admitted that he didn’t know the details of the shooting, but passed judgment on it anyway and all but gave his blessing to the chaos that followed.

One could argue that former President Trump was impeached for inciting a riot over less.

“This was not an accident,” Barnes said during a news conference the following day.  “This wasn’t bad police work.  This felt like some sort of vendetta being taken out on a member of our community.  The officer’s deadly actions attempted to take a person’s life in broad daylight.”

Barnes, too, admitted that he didn’t know the details of the shooting, but still gave tacit approval to the violent rage in response to it.

That message coming from the state’s leadership, combined with Evers’ disastrous refusal to deploy enough National Guard troops to quell the rioting (until it turned deadly, and he had no choice), helped light the fires that burned Kenosha to the ground. 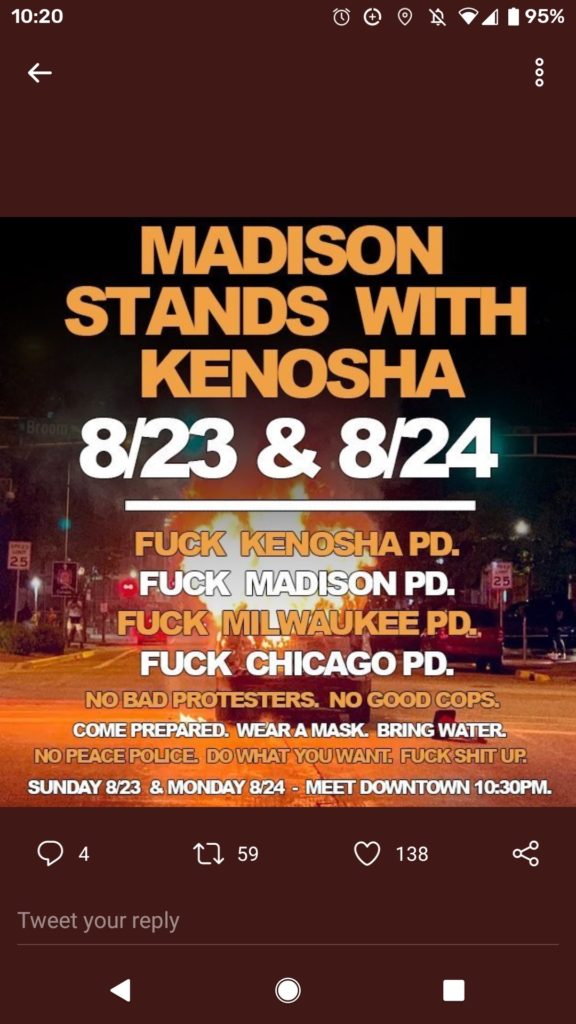 A year later, neither Evers nor Barnes have a word of condolence or sympathy for the people who lost their businesses, their livelihoods, or their lifelong dreams…the actual innocent victims in Kenosha.  Instead, they offer only the stomach-turning lionization of a violent criminal shot during an armed kidnapping.

This is almost worse than the incitement to violence they offered a year ago.  Now they know the truth about the Jacob Blake shooting but are still actively telling the same lies about it that burned Kenosha to the ground.