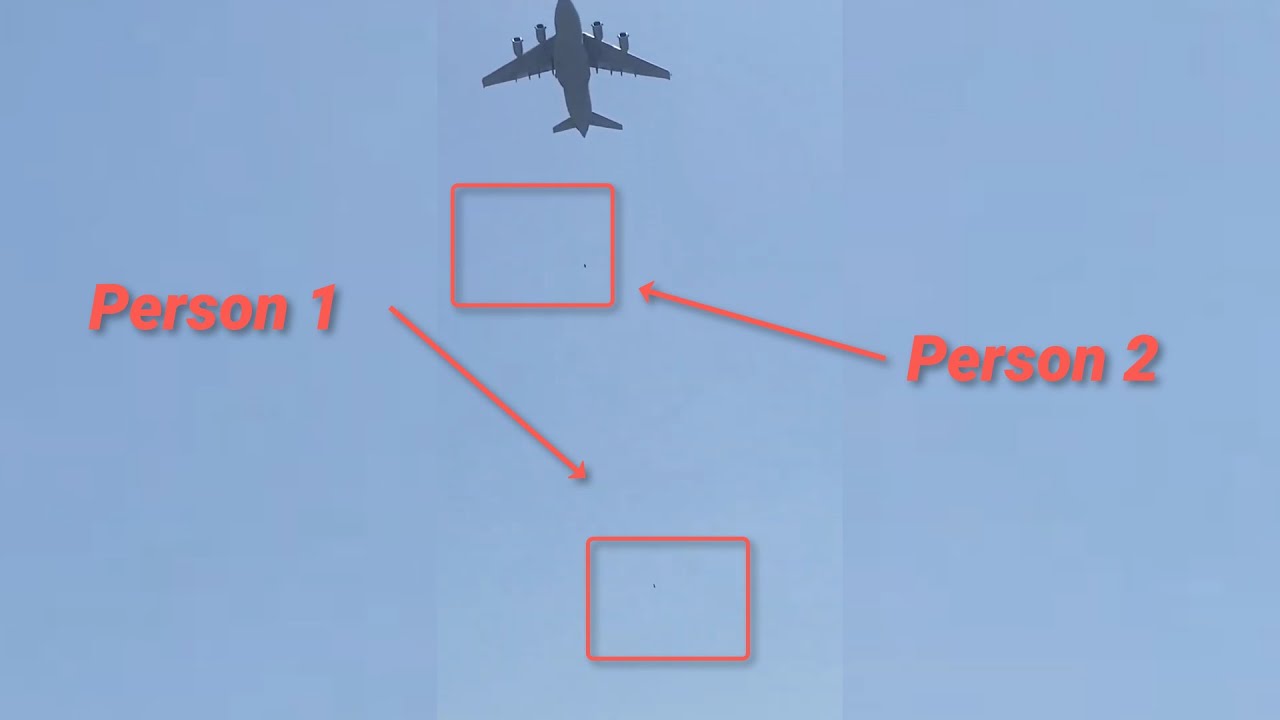 The image haunted a generation: A man tumbling through the sunny sky, a knee bent and palms outstretched at his sides, his chin cocked as if staring down his fate.  He was the falling man, and the photo of his final few seconds became a lasting symbol of the horrors of 9/11.

Almost exactly 20 years later, a new version of the same horror seems poised to forever symbolize the unmitigated disaster that was the fall of Kabul.  The video is somewhat grainy, and the image is merely a dot tumbling through the sunny sky, but it is nonetheless unmistakable: Another falling man.

So desperate was he to escape that he climbed onto the wheel well of an evacuation flight but slipped as it gained altitude and fell thousands of feet to the ground.  Just like the falling man did 20 years earlier, he knew that staying put meant certain death—and at the hands of the very same people.

It was a tragically fitting end to a war that began on 9/11, with America tumbling from its darkest day to its most humiliating.  The nation’s longest-ever war didn’t just end in defeat; it ended in catastrophe, and Afghanistan’s falling man is every man, woman, and child abandoned by sheer incompetence.

While this in a broader sense may have been the culmination of 20 years of mistakes, the humanitarian crisis in Kabul is entirely of President Biden’s making.  For months, both he and his top military and foreign policy advisers swore to the American public that a Taliban victory wasn’t inevitable, and their inability to plan for it suggests that they truly believed it.

“The likelihood there’s going to be the Taliban overrunning everything and owning the whole country is highly unlikely,” Biden said a month before the Taliban did just that.

“Whatever happens in Afghanistan, if there is a significant deterioration, insecurity that could well happen,” added Secretary of State Antony Blinken in June, “I don’t think it’s going to be something that happens from a Friday to a Monday.”

Technically, he was right: It happened from a Friday to a Sunday.

“The Taliban is not the North Vietnamese army,” echoed Biden a few weeks later.  “They’re not remotely comparable in terms of capability.  There’s going to be no circumstance where you see people being lifted off the roof of a embassy of the United States from Afghanistan.  It is not at all comparable.”

Sadly, it was far worse—especially since Biden so adamantly refused to learn a thing from the fall of Saigon.  He dramatically underestimated an insurgent enemy, inexcusably left valuable military equipment and even the American embassy unprotected, and so thoroughly botched personnel evacuations that thousands of panicked Afghans mobbed Kabul International Airport in a desperate attempt at escape.

Biden’s dangerous ignorance and disastrous incompetence are matched only by his manipulative dishonesty about the need for a complete and immediate withdrawal.

“When I came into office, I inherited a deal that President Trump negotiated with the Taliban,” he said Monday.  “Under his agreement, US forces would be out of Afghanistan by May 1, 2021, just a little over three months after I took office.

This false dichotomy—either an immediate and chaotic withdrawal or another decade of war—presupposes that the Taliban had been upholding the agreement and that America would be pulled back into armed conflict.  Neither was the case.

Biden’s own Pentagon spokesman, John Kirby, confirmed in January that the Taliban were not living up to their end of the deal Trump struck with them.

“The Taliban have not met their commitments,” he said. “Without them meeting their commitments to renounce terrorism and to stop the violent attacks on the Afghan national security forces, and by dint of that the Afghan people, it’s very hard to see a specific way forward for the negotiated settlement.”

Biden instead overruled his own military advisers and pushed forward with the retreat anyway, even amid repeated warnings that a full withdrawal would inevitably lead to a Taliban takeover.  The only thing preventing it was American support of the Afghan army, and once it evaporated, so too did any chance of holding the fragile government together.

Rather amazingly, a relatively small contingent of American forces had been doing so for nearly a decade.  US troop levels have not topped 10,000 since President Obama ended combat operations in Afghanistan in late 2014.  In the past seven years, they have kept a fragile peace by providing air, logistical, and intelligence support for the Afghan army while Special Forces missions have taken out terror cell ringleaders looking to fill the void left by al-Qaeda and ISIS before them.

They did so effectively, admirably and, amazingly, without suffering a single combat death since February of 2020.  American troops were not needlessly put into harm’s way, and their deployment was not a massive military commitment, but rather a residual force similar to those left across the globe for decades following American wars.    Nearly 54,000 troops are deployed in Japan and 36,000 in Germany 76 years after the conclusion of World War II.  26,000 are in South Korea 68 years after the Korean War ended.

Is the United States nation-building in Japan or trying to keep Tojo from regaining power?  Of course not.  Japan, like both Afghanistan and Iraq, is a strategically important position to protect American interests abroad and as such a residual force—one five times larger than that in Afghanistan over the past seven years—was left behind.

Rather than surrender to the inevitability of a Taliban victory that Biden swore wouldn’t happen, he could have kept a status quo that at the very least avoided needless bloodshed and scenes of abject panic that will echo through history.

This is Joe Biden’s disaster, and the Taliban persecutions and executions that will invariably follow are his responsibility.  He was too feckless to evacuate America’s allies before the slaughter, and now they will pay the price for his incompetence.

They may appear as just a tiny dot falling from a transport plane through a clear blue sky, but the crystal-clear image of their desperation, their anguish, and the cruel fate that they suffered will endure forever.