Over the past several years, politicians on both sides of the aisle (not to mention lobbyists) demanded an increase in the state’s gas tax. They claimed Wisconsin’s roads were among the worst in the country and would soon be little more than gravel without a major funding boost. They repeatedly lost, and the gas tax has stayed right where it is.

It was widely expected that the fight over the state’s gas tax would return for the 2021-23 budget debate. Not only did that not happen, but this time the Governor proposed a cut to transportation funding and the Legislature approved a mere 0.2% increase. Not a peep of protest could be publicly heard anywhere about it. (It almost seems as if all the outrage during the last budget debate was centrally coordinated…)

The cut to transportation could have been much worse, considering revenue forecasts just a few months ago. Between March and June, the state’s economy showed signs of improvement. The gas tax revenue forecast for the next two fiscal years grew from $2.05 billion to $2.07 billion, an $18.8 million boost.

The transportation fund benefited the most from automatic transfers from the general fund. It automatically gets 1% off all general fund tax revenue in FY22 and 0.5% in FY23. When Evers wrote his budget, that transfer was expected to be $96 million over the biennium. It is now expected to be $276.2 million.

Federal highway aid is expected to increase by $41 million over the biennium under the current authorization of the 2015 FAST Act. That’s likely to change one way or another. The FAST Act is up for reauthorization in September, and that debate is being sucked into the orbit of Biden’s massive $2 trillion infrastructure plan. That would boost federal highway aid by over 30% for next year, but the prospects of that happening are murky. 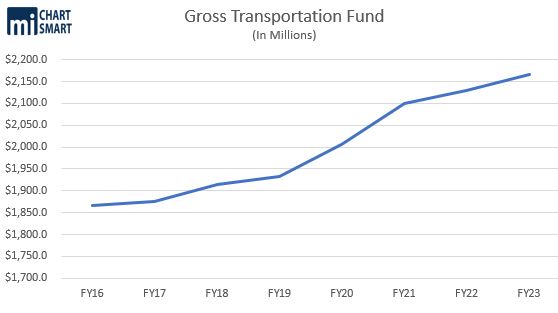 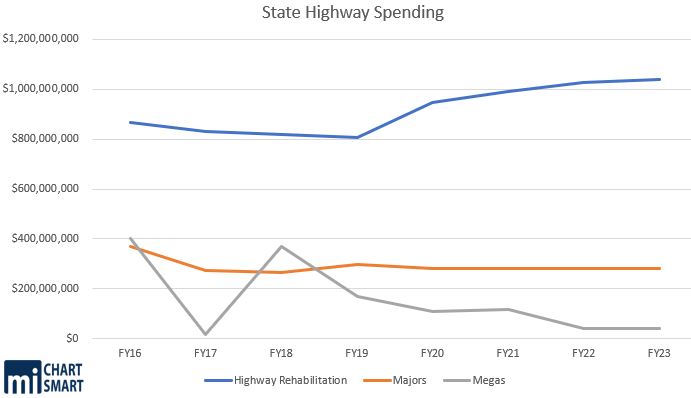 There was a big difference in how the Legislature and the Governor planned to fund the State Highway Rehabilitation Program. The Governor wanted to issue $278.5 million in new general obligation bonds. The Legislature decided to use $33.8 million in existing bonding authority and segregated funding for the rest.

However, bonding still played a big role in other parts of the Legislature’s transportation budget. It increased bonding authority by a total of $223.6 million to pay for the megas, the majors, and other items. It was the lesser of two evils. The Governor wanted to borrow twice as much, for a total of $555.8 million. 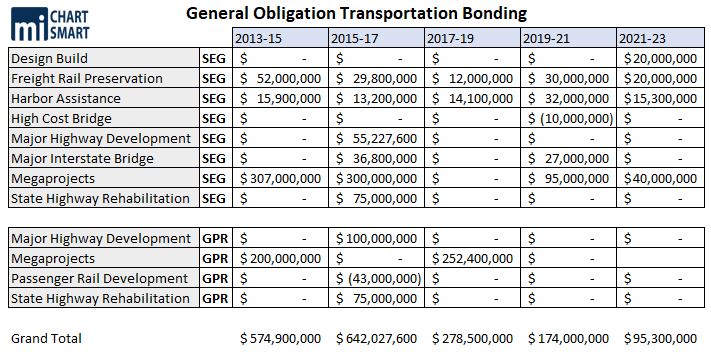 Local governments are getting a 2% boost in General Transportation Aids (GTA) in the next budget. On top of that, they’re also getting $2.3 billion in federal recovery funds, which can be spent on infrastructure.

Governor Evers’ wanted to increase transit aids by $3.5 million, but the Legislature, instead, reduced it by over $41 million. It also removed the Governor’s proposed $20 million in transit capital assistance grants.

The Governor included some specific local pork projects, like a road in Rock County, a bridge in Brown County, and airport sound barriers in Dane County. He also wanted $5 million for electric vehicle charging stations, and $2 million for transportation alternatives like bike paths. The Legislature took all those out.

When Evers got his chance with his veto pen, he left in $20 million for design-build projects, but took out all the language on how the DOT should execute them. 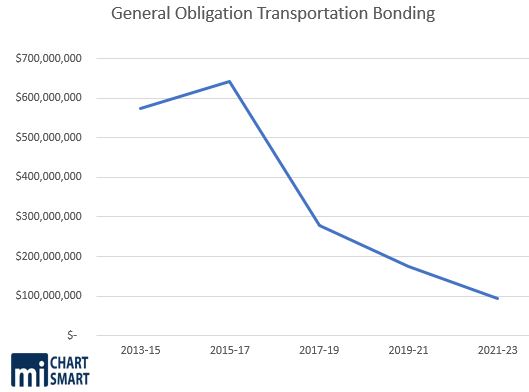