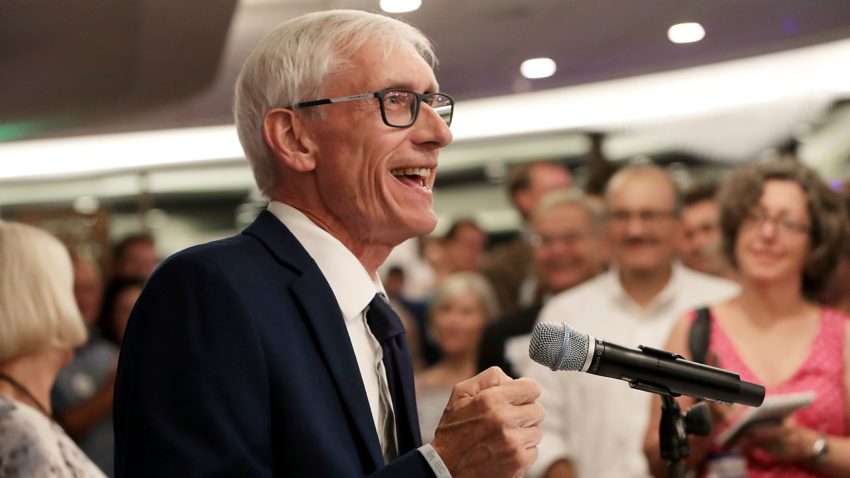 Dan O’Donnell uses a classic episode of “The Simpsons” to explain why Governor Evers and Legislative Democrats are foolish to propose spending practically every last cent of Wisconsin’s newfound $4.4 billion budgetary windfall 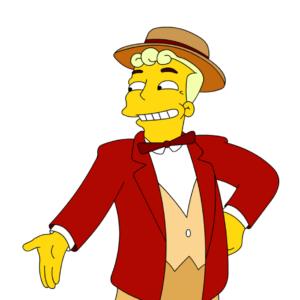 “You know, a town with money’s a little like the mule with a spinning wheel,” says Phil Hartman’s smooth-talking conman Lyle Lanley in a classic episode of “The Simpsons.” “No one knows how he got it, and danged if he knows how to use it!”

As the crowd laughs, a confused Homer Simpson looks around and, not quite getting the joke, chuckles to himself, “heh heh, mule.”

The residents of Springfield ultimately spend their unexpected windfall on a monorail Lanley sold them on, and now that Wisconsin suddenly finds itself with a $4.4 billion spinning wheel, state Democrats seem hellbent on making the same mistake.

Donkeys, mules, neither one seems to get it.

The instant that the Legislative Fiscal Bureau announced Tuesday that Wisconsin had collected an “unprecedented” $4.4 billion in additional tax revenue, Governor Evers and his Democrat allies in the Legislature proved that they’ll be danged if they know how to use this money.

“There’s no excuse for choosing not to fully invest in our kids and our schools, broadband, venture capital and support for Main Street businesses, among other critical priorities, that will ensure we’re bouncing back and better than we were before this pandemic hit,” Evers said in a statement.

Danged if he knows how to properly use this money, which is a one-time fluke borne not of a roaring economy but a truly staggering amount of federal stimulus.

The Legislative Fiscal Bureau even goes so far as to call the American Rescue Plan (ARPA) the “primary factor in the increased estimates” of Wisconsin’s General Fund tax collection.

“ARPA included stimulus checks of $1,400 per qualifying person, an extension of emergency unemployment programs through early September, an enhanced unemployment benefit of $300 per week, funding for a second round of paycheck protection program (PPP) loans and economic injury disaster loan advances, and more than $1 trillion in aid to states for various purposes,” Legislative Fiscal Bureau director Bob Lang wrote in a memo to legislators.  “It is estimated that $2.5 billion in funds will be allocated to Wisconsin.”

Evers’ proposed increase therefore sets a new $20 billion baseline for education spending that would be expected to increase in the 2023-2025 budget cycle.  What exactly is the likelihood that there will be another global pandemic that leads to trillions of dollars in federal stimulus money to help states like Wisconsin pay their bills?

Since the last budget projection in January, Lang continued, “strong [sales tax] collections were driven by near historic year-over-year growth in April collections, compared to the same month in the prior year, which were fueled by stimulus payments distributed in March.  Specifically, year-over-year collections grew by more than 36% in April and 32% in May, the highest rate of growth over a two-month period in more than 35 years.”

A qualifying family with two children suddenly had $5,600 in their checking account, and many of them spent it as quickly as Democrats want to spend the $5.87 billion budget surplus Wisconsin is projected to accrue by the end of the 2021-2023 budget cycle.

Hilariously, one of them—Milwaukee Mayor Tom Barrett—is literally proposing spending some of the federal stimulus windfall on expanding The Hop, his city’s version of the Springfield monorail.

Democrats in state government aren’t quite as dim-witted as Diamond Joe Barrett, but they are every bit as fiscally irresponsible by proposing massive permanent spending increases following a one-time infusion of state tax revenue…which was almost entirely funded by federal tax dollars.

Governor Evers is demanding that legislative Republicans pump an additional $2 billion into K-12 education funding over the next biennium. Republicans already used federal COVID-19 relief money to increase funding to K-12 schools by a whopping 17% to $17.9 billion. 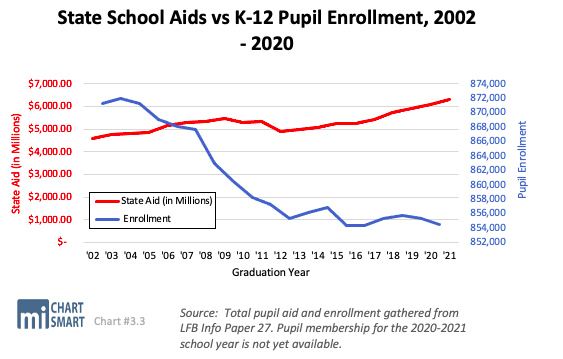 Evers wants to take that to nearly $20 billion, but here’s the thing about education spending: It never decreases.  Even as enrollment in the state’s public schools has declined by 4.8% over the past 20 years, education spending has increased by 88%, from about $9.7 billion in the 2003-2005 biennium to nearly $18 billion (at least) by 2023.

That number has never once gone down, not in any of the 10 budgets under three different governors.  In Wisconsin, the certainties of life are death, taxes, and more tax money going to public education every two years.

Evers’ proposed increase therefore sets a new $20 billion baseline for education spending that would be expected to increase in the 2023-2025 budget cycle.  What exactly is the likelihood that there will be another global pandemic that leads to trillions of dollars in federal stimulus money to help states like Wisconsin pay their bills?

The only sensible and fiscally prudent thing to do is to continue to spend within a reasonable means and return a sizeable balance of what might be termed “the stimulus dividend” to the taxpayers.  It is, after all, quite literally their money that paid for Wisconsin’s newfound windfall.

Neither Evers nor legislative Democrats will hear any of this, though.  They want to spend and spend every last cent—even if that means committing to spending money the state won’t have two years from now.

They have their spinning wheel now, and danged if they aren’t convinced they know best how to use it.