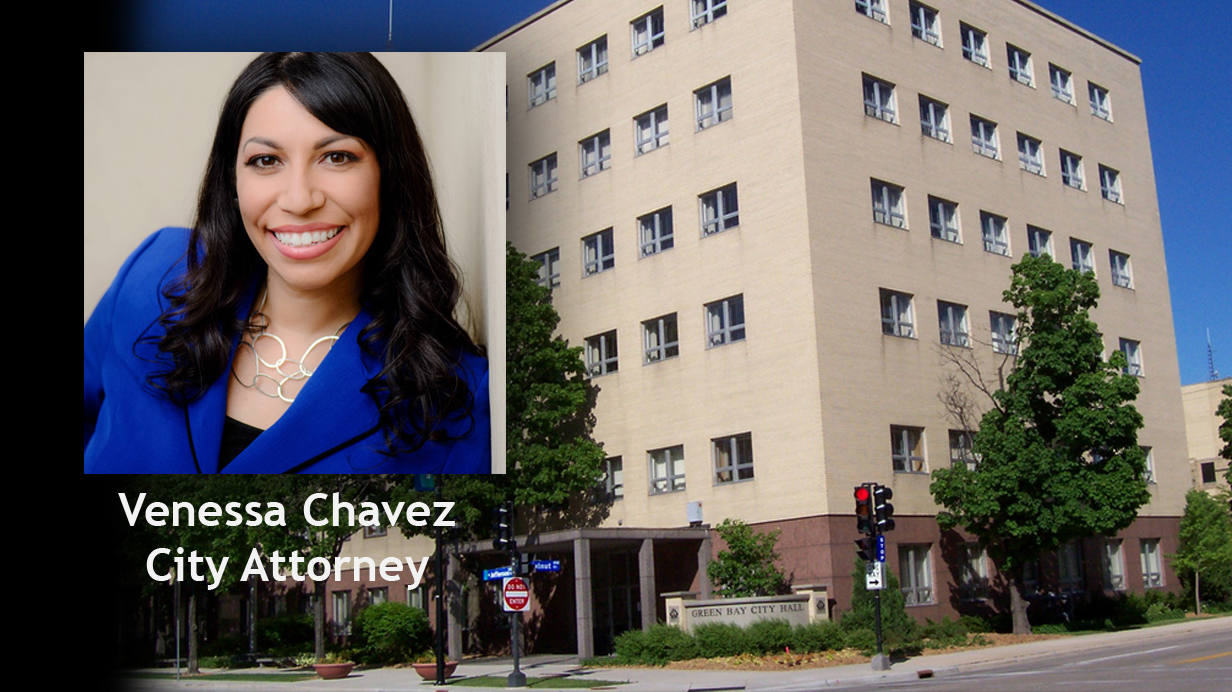 Green Bay City Attorney Vanessa Chavez set out to write a report clearing Mayor Eric Genrich of any blame in the mishandling of November’s election. She accidentally proved that Green Bay conducted an unlawful election.

The City of Green Bay handled the November election perfectly.  Says who? Why, the City of Green Bay, of course.  City Attorney Vanessa Chavez’s newly released report was intended to absolve Mayor Eric Genrich and his staff of any blame, but it made several key admissions that underscore just how corrupt the city’s mishandling really was.

“No allegations of fraud have been made with respect to the City’s conduct of the November 3, 2020 election,” Chavez concluded, “and no issues affecting the integrity of the election have been found.”

Here’s a big issue, though: Wisconsin Statute § 7.15(1) requires that “each municipal clerk has charge and supervision of elections and registration in the municipality,” and Chavez’s own report concedes that this wasn’t the case in Green Bay last November.

When the City received two grants totaling $1.6 million from Facebook founder Mark Zuckerberg’s Center for Tech and Civic Life (CTCL), Mayor Genrich allowed the CTCL-aligned National Vote at Home Institute and what he called the “grant team” to essentially usurp the planning for the election from City Clerk Kris Teske.

“I am being left out of the discussions and not listened to at the meetings,” she wrote in one July email after the National Vote at Home Institute’s Wisconsin director Michael Spitzer-Rubenstein and his people began to take over.

Chavez’s report notes that as far back as July, Teske raised concerns in meetings that this new arrangement was unlawful, “made clear her expectation that the City would continue to follow Wisconsin law and inquired about whether the grant mentors would be versed in Wisconsin law.”

Genrich’s chief of staff, Celestine Jeffreys, “stated that no matter who was assisting the City, the mentor’s role would be advisory and that Clerk staff and the City’s legal department would be involved in decisions.”

This pretty obviously runs afoul of Wis. Stat. § 7.15(1), as the Clerk and her staff are required to not just be “involved in decisions,” but to make those decisions without the heavy-handed influence of the city’s mayor and his “grant mentors.”

Teske, who did not speak with Chavez during her investigation, made clear that she did not consent to have her lawful authority to run the city’s election stripped from her.

“I am very frustrated, along with the Clerk’s Office,” she wrote in an email on August 28th.  “I don’t know what to do anymore.  I am trying to explain the process, but it isn’t heard.  I don’t feel I can talk to the Mayor….I don’t understand how people who don’t have the knowledge of the process can tell us how to manage the election.”

It was obvious that Teske and her staff were no longer in charge of the election; Michael Spitzer-Rubenstein and members of the “grant team” were.

Chavez’s report admits that, against Teske’s wishes, Spitzer-Rubenstein was allowed to “provide assistance on-site to assist with setting up Central Count in a way that was safe and efficient for the Clerk’s staff and observers, and to assist with election tasks that the City chose to assign.”

Emails from this time period make clear that Spitzer-Rubenstein was not taking orders from Teske or anyone else, and Chavez’s report confirms that he instead took it upon himself to completely overhaul the way Green Bay conducted in-person absentee voting.

Wisconsin Statute § 7.30(2)(a) makes it clear that “only election officials appointed under [state law] may conduct an election.”  In a municipality like Green Bay, under Wis Stat. § 7.15(1), that official is the City Clerk and her staff.

Yet in one of the most crucial aspects of election administration—in-person absentee voting—Spitzer-Rubenstein and Genrich unlawfully assumed command.

“One of the main tasks Mr. Rubenstein undertook for the City was to make recommendations on the layout of early in-person absentee voting,” Chavez explains.  “On October 21, 2020, the Mayor’s Office made arrangements for Mr. Spitzer-Rubenstein to observe the layout of early in-person absentee voting and make recommendations for improvements. Then-Clerk Teske was hesitant to have Mr. Spitzer-Rubenstein on-site and was very clear that he was only to observe.”

He didn’t.  The following day, he reported back to the Mayor’s office that voting should be run differently than what he had observed.

“Then-Clerk Teske was hesitant to accept any of the recommendations from Mr. Spitzer-Rubenstein, advocating that the current set up was the best way for staff to conduct the election, based on her experience,” Chavez wrote.  “Nevertheless, her hesitations were overruled by the Mayor’s Office in favor of improving the public’s experience, and the recommendations regarding the layout were ultimately implemented to see if they would improve the process.”

This is a clear violation of state law.  The Mayor’s Office doesn’t get to overrule the City Clerk.  She is the only one allowed by Wis. Stat. § 7.15(1) to have “charge and supervision of elections.”  Amazingly, Green Bay’s City Attorney admitted in her report that Clerk Teske didn’t, thus rendering the city’s election unlawfully administered.

Even though Chavez was trying to prove the exact opposite, she acknowledged that Genrich and Spitzer-Rubenstein had broken the law…and that wasn’t the only time.

Even though she was trying to prove the exact opposite, she acknowledged that Genrich and Spitzer-Rubenstein had broken the law…and that wasn’t the only time.

On October 22, on a “recommendation” by Spitzer-Rubenstein, Genrich “gave a directive for staff to determine whether Central Count could be moved to an alternate location given the short timeline that remained.  Notably, then-Clerk Teske strongly opposed moving Central Count to a different location.”

Once again, she was unlawfully overruled, and Central Count was moved.  This appeared to be the last straw for Teske, and she effectively resigned by going on FMLA leave (formally quitting a short time after the election).

Changing the way in-person absentee voting is conducted (after it had already begun) and moving the location the Central Count just days before the election were not minor, insignificant decisions.  These were major moves that legally could only be made by the City Clerk, yet they weren’t.

So who actually had the keys to the ballroom where the ballots were stored?  If it was Jeffreys, then why did the KI Center contract claim that it was Spitzer-Rubenstein, who of course had no legal authority to run Central Count?

Multiple Election Day observers reported Spitzer-Rubenstein giving orders and presenting himself as running operations there, and Chavez’s report notes that “he was provided with a ‘City Employee’ tag at that time” although he was most certainly not a city employee.

This raises a very serious question that Chavez’s report never addresses: Just how intimately involved with “observation” was Spitzer-Rubenstein?  One of the last lines of Chavez’s report is also one of the most intriguing: “There were some challenges at Central Count, such as the DS450 rejecting a large number of ballots that had to be reconstructed as a result.”

Who oversaw that ballot reconstruction?  And what is the DS450?  It just happened to be the “high-speed tabulator” purchased with…CTCL grant money.  Did Spitzer-Rubenstein or anyone else who had no lawful authority to run Green Bay’s election have any role whatsoever in reconstructing or overseeing the reconstruction of those ballots?  And what, exactly, is that “large number” that had to be reconstructed?

Chavez never answers, primarily because it seems as though she never bothered to ask.  This illustrates how slanted her investigation was.  She obviously set out to clear Genrich and the rest of the City of Green Bay, but their mishandling of the election was so obvious and brazen that her report is littered with admissions of lawlessness.

If anything, her report proves only that a real investigation—very likely a criminal one—into Green Bay’s election is needed.