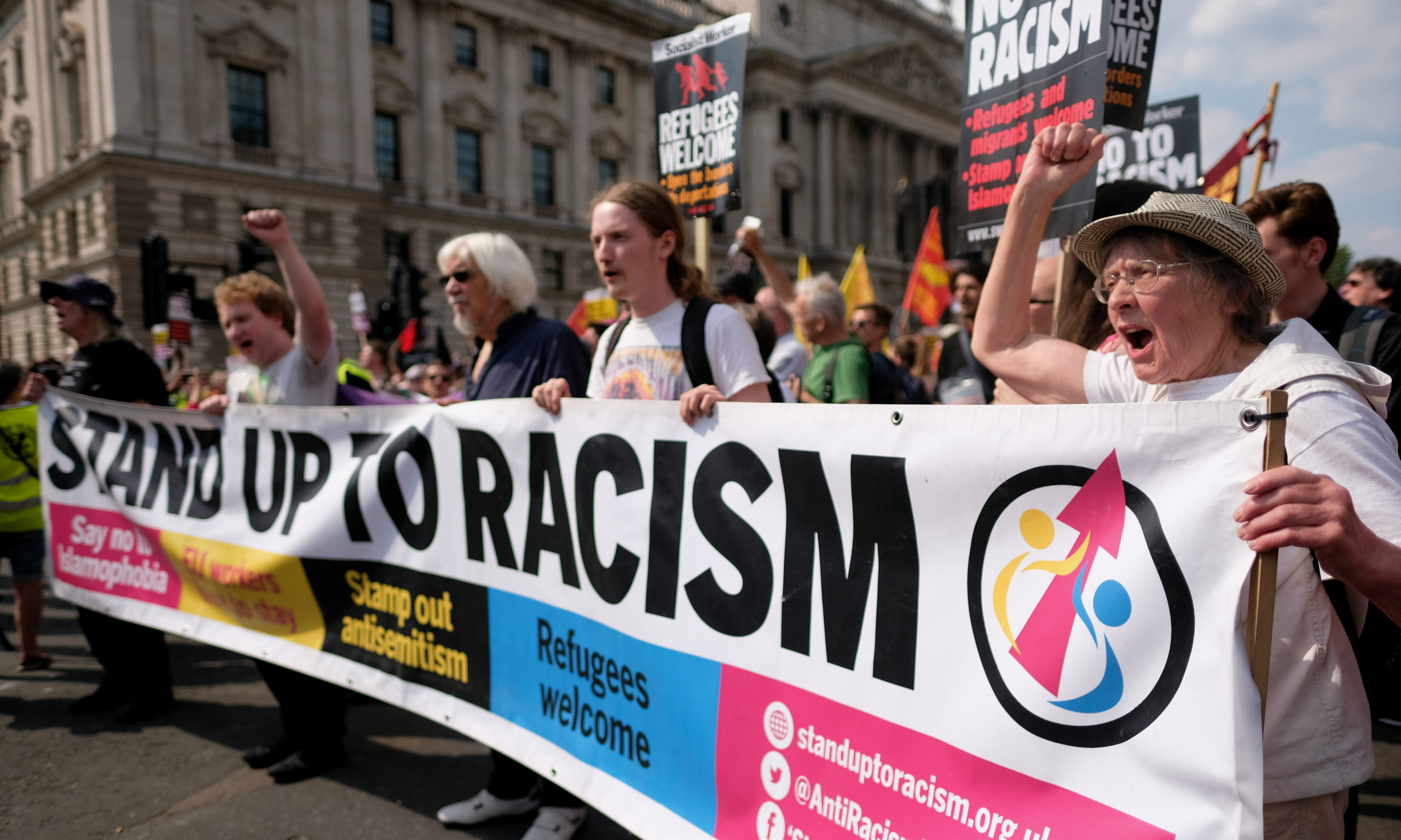 As Dan O’Donnell reports, three Wisconsin Republicans were forced to show to the world how to rebut false (and ridiculous) charges of racism

“What’s the modern definition of a racist?” the old joke goes. “Someone who’s winning an argument with a liberal.”

A Wisconsin Senator, Congressman, and State Senator showed that this was no laughing matter over the past week, as all three became targets of the political left’s unquenchable desire for the personal and professional ruin of its enemies.  Allegations of racism, sadly, have become just the latest, most effective bludgeon.

On Thursday, Congressman Glenn Grothman made a floor speech opposed to what he called a “marriage penalty” tucked into Democrats’ COVID-19 relief bill

“I bring it up because I know the strength that Black Lives Matter had in this last election,” Grothman said. “I know it’s a group that doesn’t like the old-fashioned family. I’m disturbed that we have another program here in which we’re increasing the marriage penalty.”

Grothman was rather obviously referring to a now-deleted page on the official Black Lives Matter site that indicated the group seeks to “disrupt the Western-prescribed nuclear family structure requirement by supporting each other as extended families and ‘villages’ that collectively care for one another, especially our children, to the degree that mothers, parents, and children are comfortable.”

Still, U.S. Virgin Islands Congressional Delegate Stacey Plaskett rose to accuse Grothman of making a deeply racist remark during a floor speech of her own.

“How dare you, how dare you say that Black Lives Matter, black people do not understand old-fashioned families despite some of the issues, some of the things that you have put forward that I’ve heard out of your mouth in the Oversight Committee, in your own district,” she said. “We have been able to keep our families alive for over 400 years, and the assault on our families to not have black lives or not even have black families. How dare you say that we are not interested in families in the black community. That is outrageous. That should be stricken down.”

That night, Plaskett told MSNBC’s Joy Reid that during committee meetings and while Grothman is in his congressional district in Wisconsin, he has used racist phrases such as “welfare mamas” to refer to black women who receive public assistance.

“Do you want to share with us what does this guy say in your committee meetings?” Reid asked.

“Oh, well, you know, umm, if you just look up Glenn Grothman, he has a history of making remarks about, you know, welfare mamas and, uhhh, just very racist, racist remarks throughout his time when he was even in the State Legislature in Wisconsin and, of course, in the committee,” Plaskett answered.

As if her halting, unsure answer wasn’t immediately a dead giveaway that she was lying, a Google search of “Glenn Grothman” and “welfare mamas” the next morning yielded just one result: A transcript of the MSNBC show on which Plaskett made her baseless allegation.

In other words, she was lying.  It didn’t matter much, though.  News outlets both national and local printed Plaskett’s grave accusation but dropped the story the second it could be demonstrably disproven.

They had already moved on to allegations of racism against Senator Ron Johnson.

In an interview with “The Joe Pags Show,” Johnson explained that he never really felt threatened during the January 6th riot at the U.S. Capitol.

“I knew those were people that love this country, that truly respect law enforcement, would never do anything to break the law, so I wasn’t concerned,” he said.  “Had the tables been turned, and President Trump won the election, and those were tens of thousands of Black Lives Matter and antifa protesters, I might have been a little concerned.”

Democrats immediately screeched that this was the most racist thing anyone had ever said without ever asking for Johnson’s context.  Nonetheless, he provided it in a Wall Street Journal op-ed that was appropriately titled “I Won’t Be Silenced by the Left.”

“Braying about ‘peaceful protests’ offers no comfort to those victims or the other innocent Americans whose homes, businesses and property were destroyed. The same people fail to see the damage they do by pushing a narrative designed to portray the 74 million Americans who voted for Mr. Trump as potential domestic terrorists or armed insurrectionists.”

Just a few days later, Wisconsin State Senator Julian Bradley introduced a bill compelling the state’s prison inmates to use all or some of their $1,400 COVID relief checks on victim restitution if applicable.

“There are fundamental differences in decency between the two parties right now,” tweeted Democratic Representative Francesca Hong.  “One is blatantly for white supremacy, the other is not.”

“Imagine being a black Republican Senator fear mongering black men and helping white Republican racists criminalize them some more an dehumanize them,” she tweeted.  “All I can say is those white men will never, ever see you as an equal.  I am ashamed for you.”

It may have taken awhile, but Nada Elmikashfi has proven that old joke true: The modern definition of a racist is anyone who seems to be winning an argument with a liberal.

These three hysterical outbursts are emblematic of the deep-seated problem with the left’s wild and weaponized allegations of racism.  Without a shred of evidence to support them, careers may be ended and lives may be ruined…if conservatives accept the premise, that is.

In each of these three instances, Wisconsin Republicans demonstrated the proper response to false racism allegations—to immediately and forcefully respond and to refuse to accept the premise that a racially neutral statement is at all racist in nature.

Groveling before such obviously weaponized charges only serves to embolden a political movement that seems incapable of lodging any other attack against its enemies.

Congressman Grothman, Senator Johnson, and State Senator Bradley modeled the best possible response: A factual, powerful rebuttal that exposes those making such spurious charges for the joke that they are.