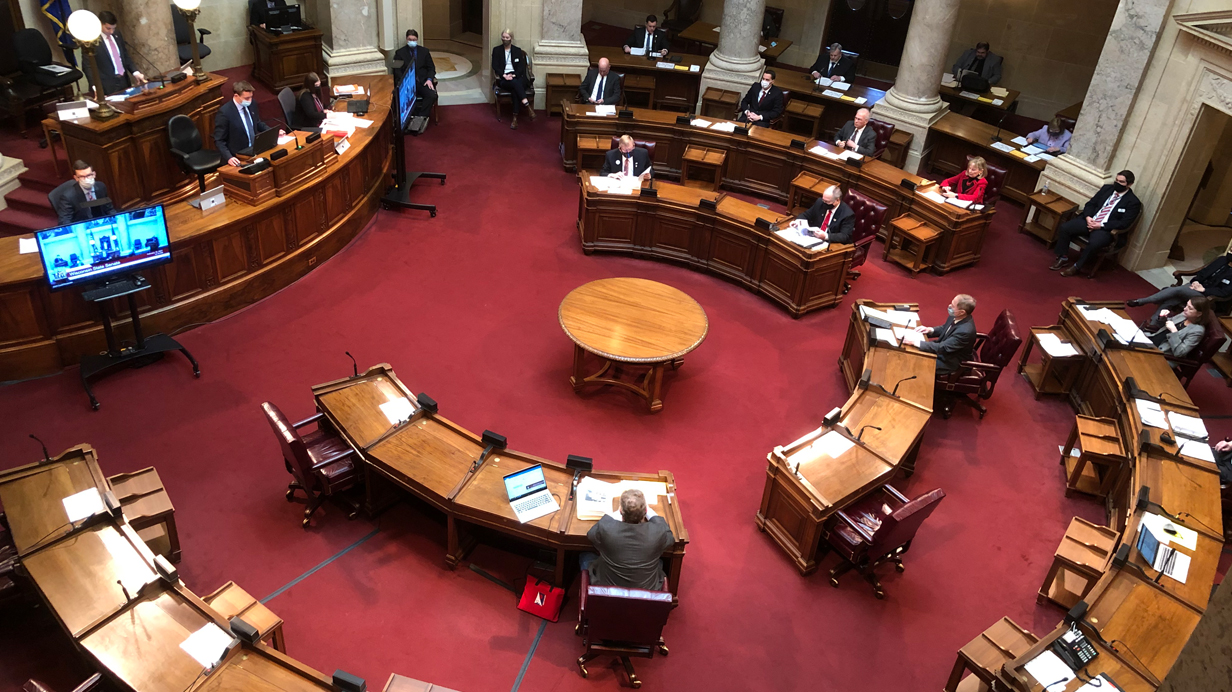 The Wisconsin State Senate approved a series of bills to protect individual rights amidst the COVID crisis on Tuesday afternoon.

If the bills become law, government officials won’t be allowed to close churches or force people to get vaccinated. The senate also passed a bill that require Evers to produce a plan on getting state employees back to work, and another bill that would allow dentists to provide vaccinations.

If the Assembly plays along and passes the individual bills, Gov. Evers is expected to veto them one-by-one. That will get the governor on the record and provide easy fodder for Republican campaign ads next fall. Meanwhile, nothing in state law to prevent church closings and mandatory vaccinations in the name of COVID-19.

It was strictly about policy. It was not a fiscal bill, which meant the governor could not use his line-item veto to pick and choose what items to cross out. Evers had to take it or leave it exactly as the legislature gave it to him.

The bill had a lot of things Evers and Republicans agreed on. It would protect businesses from being sued for people getting exposed to COVID. It would prevent doctors from getting sued for malpractice when treating COVID following the CDC’s guidance. It also made adjustments on what DHS could give hospitals Medicaid money for. There were requirements for DWD on how to handle the unemployment crisis that Evers could implement even without a new law.

Gov. Evers said he was fine with all that, because he had already agreed to it behind closed doors with Republican leadership. However, he would not support the individual protections in the bill added in the Assembly.

On Jan. 12th, the Senate stripped out those provisions on a 29-2 vote. Only Sen. Steve Nass (R-Whitewater) and Sen. Chris Larson (D-Milwaukee) voted against it. Nass for conservative reasons and Larson for liberal ones.

The Senate eventually came around and put most of the conservative items back into the COVID Relief Bill, and passed it on Feb. 5th. Gov. Evers vetoed it later that day, without explaining what he specifically found objectionable. The individual bills passed on Tuesday will identify exactly what Evers opposed.

On Tuesday, the Senate also approved Assembly Bill 4 that would allow pharmacy technicians and students to administer vaccines. The Senate made some adjustments, so that also goes back to the Assembly for another vote.