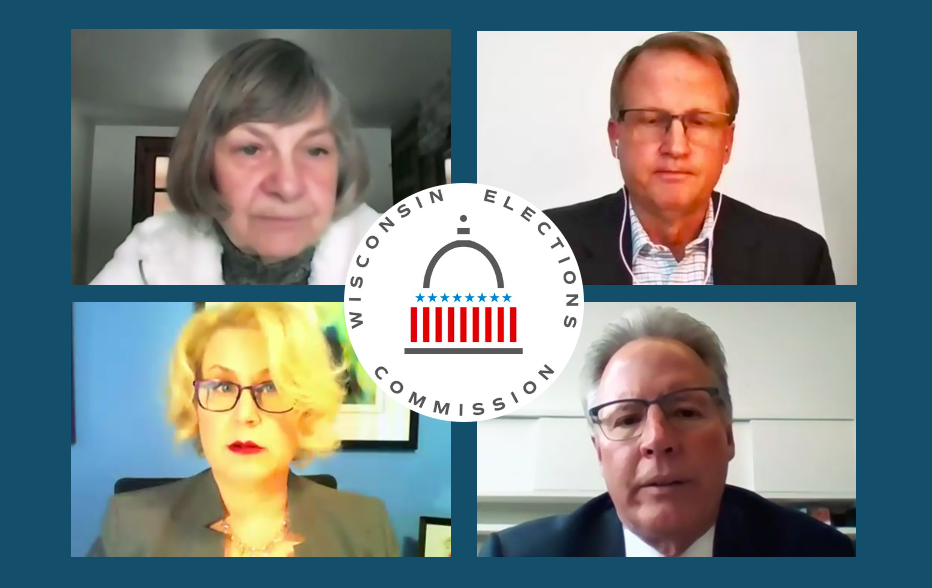 Dan O’Donnell outlines how the WEC is still unlawfully substituting its own judgement for the clear letter of state law.

In the wake of November’s election debacle, no issue has united conservatives like the need for election reform.  No longer, Republicans across the state pledged, would they allow the Wisconsin Elections Commission (WEC) to run roughshod over election law in an obvious effort to give an unfair advantage to Democrats.

Yeah, that lasted all of two months.  The WEC has again voted to ignore the clear letter of the law and pave the way for even more vote fraud in nursing home and assisted living facilities across the state.

This means that ballots will again be mailed to nursing home residents who either request them or who have previously marked themselves as “indefinitely confined” (allowing ballots to be mailed automatically without a request).  For those residents who require help in filling out and returning those ballots, their homes’ staff members will be permitted to assist them.

As if that wasn’t clear enough, the law also holds that “no individual who is employed or retained, or within the two years preceding appointment has been employed or retained, at a qualified retirement home or residential care facility in the municipality, or any member of the individual’s immediate family…may be appointed to serve as a deputy.”

Still not clear? The law further provides that “absentee voting in person inside residential care facilities and qualified retirement homes shall be conducted by municipalities only in the manner prescribed in this section.”

Only special voting deputies nominated by the two political parties and authorized by a city’s clerk or elections board are allowed to supervise voting in nursing homes.  Staff members are expressly prohibited.  There is no other lawful way to conduct absentee voting in care facilities and nursing homes.

Yet that’s exactly the way the Wisconsin Elections Commission is again conducting absentee voting in care facilities and nursing homes.

“What we did in 2020 saved lives,” said Democrat Commissioner Mark Thomsen, adding that there have been “no credible allegations of voting fraud in nursing homes.”

Oh really?  A disability services coordinator said every single one of her more than 20 clients told her that a staff member either pressured them to vote for Democrat Joe Biden or had a Biden ballot already filled out in their name.

The adult daughter of a dementia patient reported that her mother voted even though she hadn’t cared about politics for decades.

“I’m calling fraud,” the daughter said, noting that her mother’s ballot was illegally counted after she died a few weeks before the November election. “There is no way she could have voted herself or even with help.”

Another family said their loved one filled out an absentee ballot even though her dementia had progressed to the point where she could no longer speak English.

“She had regressed to only speaking German the last six months,” a family member said.  “There’s just no way she could have voted.  This is fraud, pure and simple.”

She, too, passed away before Election Day but her ballot was illegally counted, too.

The lack of legally required special voting deputies combined with untrained, more easily corruptible nursing home staff rather obviously led to the outright theft of the franchise of Wisconsin’s most vulnerable citizens.

Most of these cases were reported to the WEC, local elections officials, and/or law enforcement agencies, yet the WEC’s Democrats (and incompetent Republicans) still insisted that there weren’t any credible allegations of fraud in nursing homes.

The only credible explanation for this lie is that the WEC is again looking to cover up how easy it’s making this fraud to commit.  The lack of legally required special voting deputies combined with untrained, more easily corruptible nursing home staff rather obviously led to the outright theft of the franchise of Wisconsin’s most vulnerable citizens.

Just as disgusting as this violation of the clear letter of state law is the manner in which Republicans in the Wisconsin Legislature have allowed WEC members Knudson and Bostelmann to consistently sign off on it.

Naturally, Legislative Democrats will never call for the resignations of their three members for merely breaking the law, but Republicans have no excuse for not demanding that Knudson and Bostelmann both resign immediately.

Inasmuch as election integrity is the one issue that unites a fractured conservative movement, it is absolutely imperative for Republicans to fulfill the promises they made in the wake of November’s election and finally stand up for the Rule of Law by replacing Knudson and Bostelmann with WEC commissioners who actually seem to care about it.