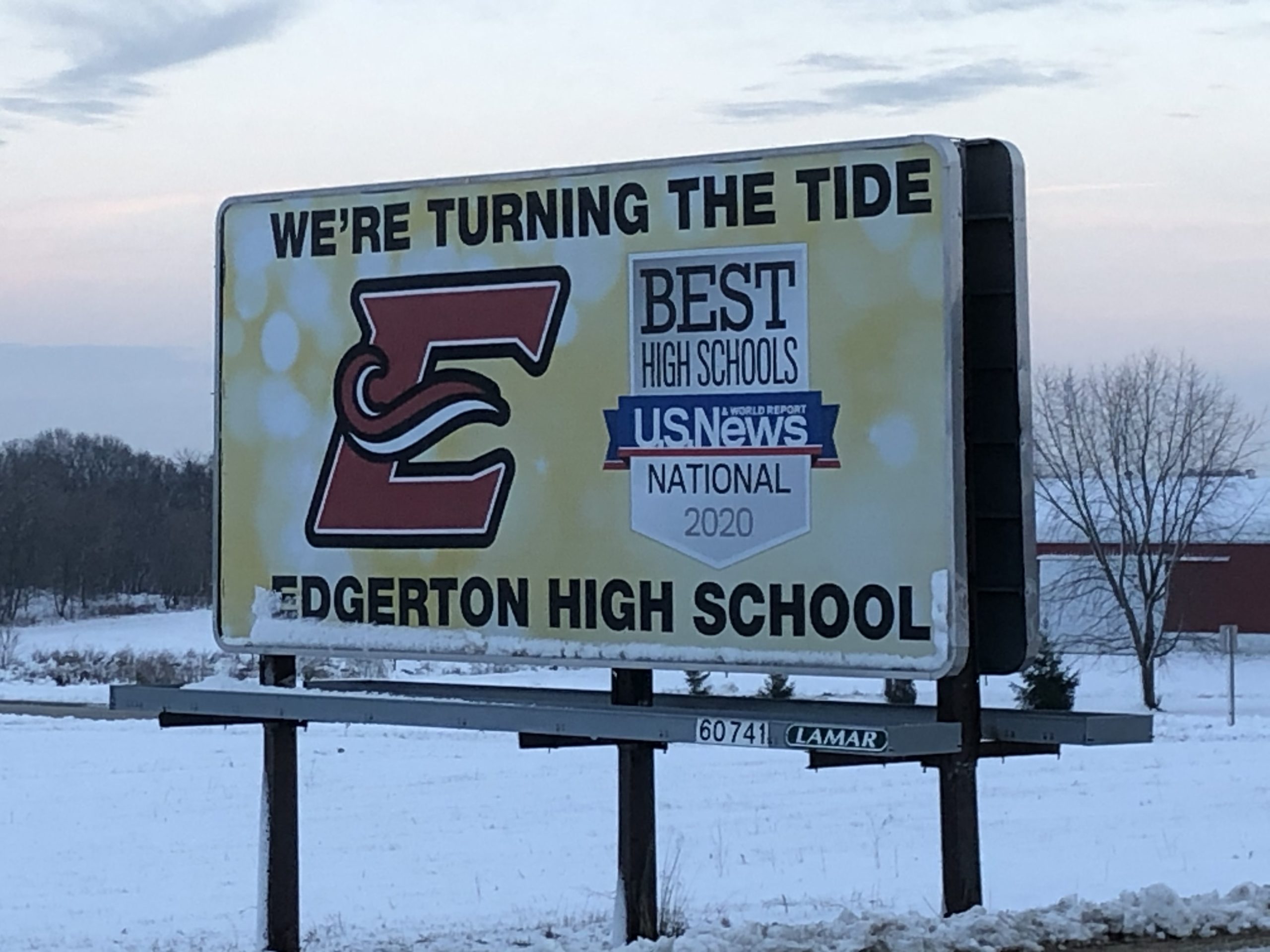 The Edgerton School District rented a billboard to brag about making the US News and World Reports’ Best High Schools List – despite an appalling student achievement record detailed in that same magazine article.

Perspective By: Bill Osmulski
(Originally published in the Edgerton Reporter)

First of all, Edgerton High School is ranked 5,247 out of 17,792. That puts the school in the 29th percentile. Using a traditional grading scale, that would be a C-, not exactly a billboard-worthy accomplishment.

Regardless, 97% of the students still graduate. Presumably, they’re just being waved through – whether they’re ready for the world or not. There’s strong evidence to support this suspicion.

The University of Wisconsin System (not just UW Madison) reports that 35% (over one-third) of its students from Edgerton are required to take remedial math their freshman year. That’s high school-level math you parents are paying college rates for. It was 16 out of 46 graduates from the class of 2018.

This is a scandal and these statistics should send shockwaves through this community.

We entrust the Edgerton School District to prepare this community’s children for productive adult lives, and it has unequivocally failed. And yet, the district believed its record was something the entire community should celebrate. It really should take down that billboard.

No organization, whether public or private, can afford to accept a dismal performance record like this. The pressure to clean house should be immediate and overwhelming. Unfortunately, schools tend to be insulated from such pressure. Obviously, the Edgerton School District is one of them. That clearly needs to change.

The school board must demand the resignation of the superintendent, the high school principal, and the director of teaching and learning. It must send a clear message that our children’s future is too important to accept these results, and this community will not tolerate it.

Only community pressure will force change like this. The school board will only take such drastic action if you demand it. That might be uncomfortable for many people, but it is necessary if you truly care about your children and their future.

No community should quietly accept a school district that is failing to educate the majority of its children. As long as I keep driving past that billboard, I’ll know this community is quite willing to do just that.