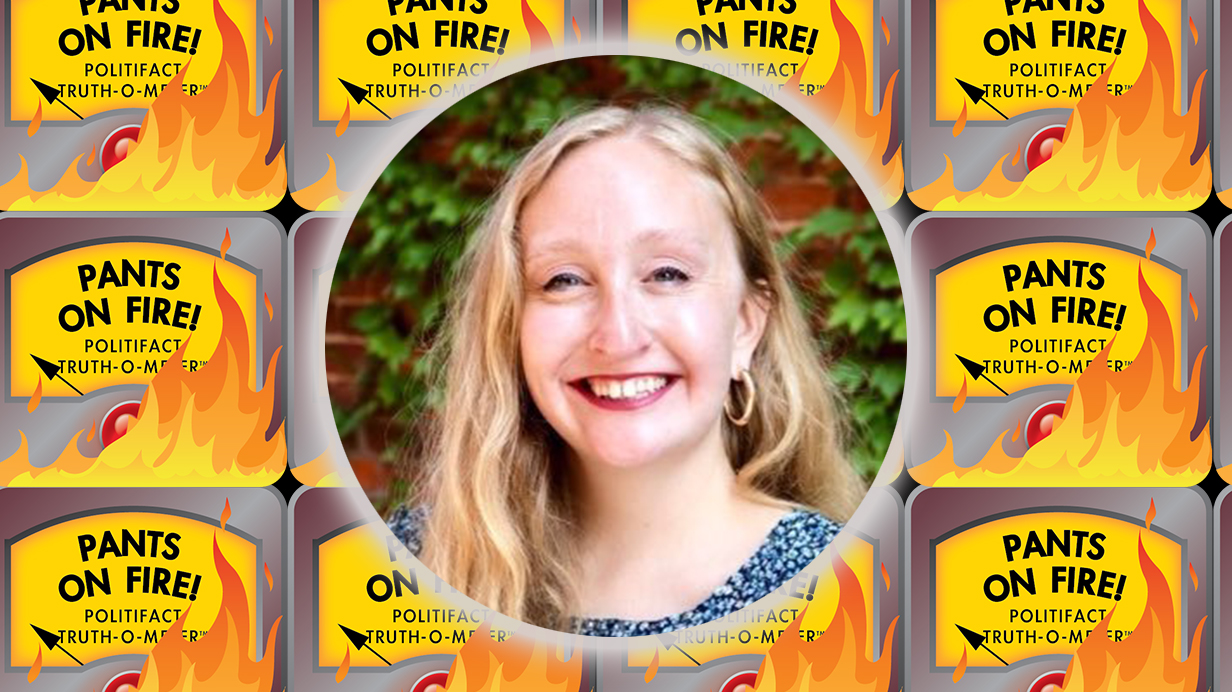 After months of insisting people self-quarantine for 14 days if exposed to COVID-19, the CDC suddenly decided 7 – 10 days is fine in most situations. It took many people by surprise.

Technically the science hadn’t changed. Science really had nothing to do with the CDC’s decision. The experts believed that shortening the quarantine recommendation would make people more likely to comply with it.

The CDC’s rationale was a glaring departure from public officials’ insistence that policy “follow the science.” However, that contradiction apparently didn’t interest Heim as much as Stroebel’s attempt to call attention to it.

“Like others who have sought to downplay the seriousness of the virus, Stroebel is undermining scientific evidence by criticizing a change in what experts are saying,” she wrote.

That’s exactly what one would expect from Heim. She’s written extensively on masking and she’s made her personal feelings on the topic very clear on social media.

In September, Heim lamented not being able to work in the newspaper’s office building.

“Sure wish I could work there someday if YA NASTIES would just WEAR A MASK,” Heim tweeted.

I love the @PostCrescent’s new office view. Sure wish I could work there someday if YA NASTIES would just WEAR A MASK pic.twitter.com/Ksm5zZQM4l

Heim said she feels especially safe at Lawrence University, because everyone seems to comply with the government’s policies.

Heim was critical of Wisconsin’s reluctance to issue a mask mandate, unlike other midwestern states that she openly applauded.

Still nada on this in Wisconsin, which added 712 cases today https://t.co/u8X4oktrOv

It’s very possible Stroebel caught Heim’s ire back in July when he criticized the CDC’s sudden shift then on wearing masks.

“Did you know on April 3 the CDC’s website said if you are not sick: ‘You do not need to wear a facemask unless you are caring for someone who is sick (and they are not able to wear a facemask),’” Stroebel tweeted on Jul. 7th.

Molly Beck, a reporter at the Milwaukee Journal Sentinel, responded to the tweet, “This is not CDC’s guidance now.” Heim retweeted that response. 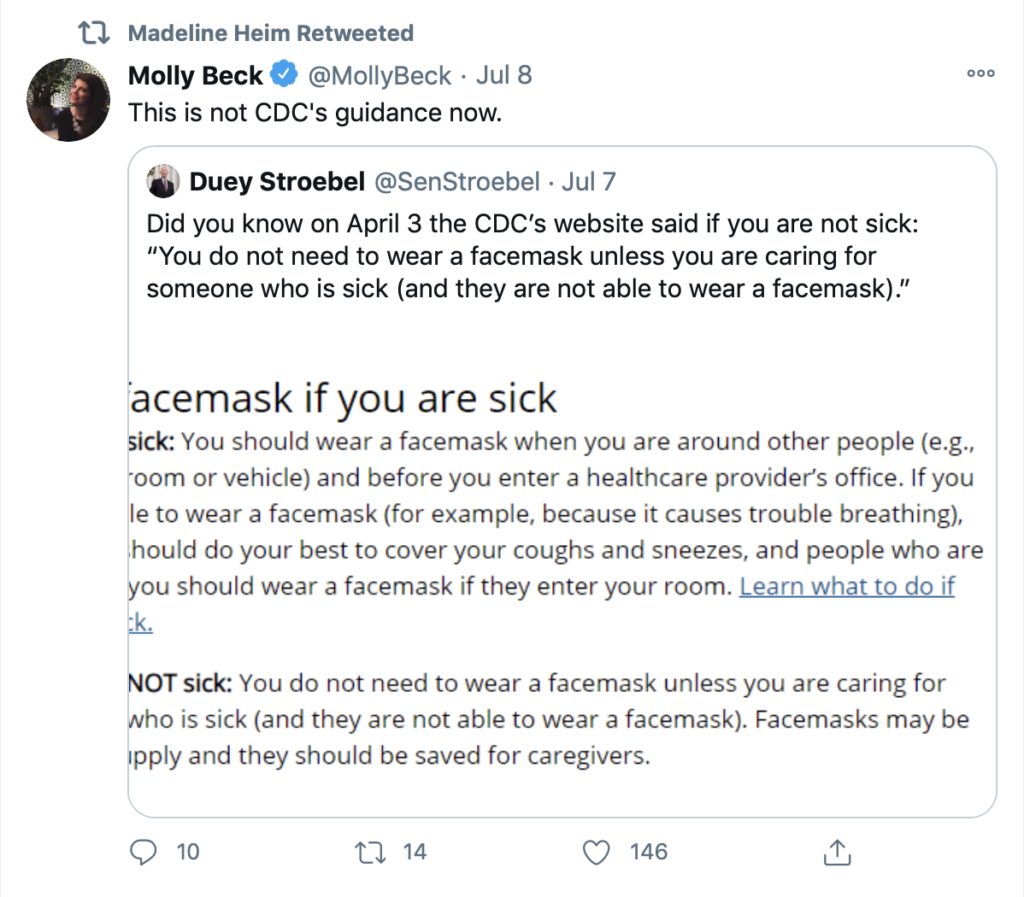 Neither reporter seem to have taken the CDC to task for reversing its guidance on masking. They aren’t alone. Establishment reporters almost never question establishment government. Conservative politicians like Stroebel, on the other hand, are fair game.

PolitiFact has been plagued by this kind of bias since it was established over ten years ago. That intuitional bias is so strong, PolitiFact can never admit to issuing an incorrect rating regardless of the facts.

Journal Sentinel reporter Eric Litke is responsible for what is probably PolitiFact’s biggest and most humiliating mistake. He gave a MacIver Institute study on COVID-19 positivity a “pants on fire” rating. Unfortunately for Litke, the Milwaukee Journal Sentinel, and PolitiFact, the Wisconsin Department of Health Services adopted the study’s recommendations the day after the story was released.

That didn’t stop PolitiFact from reprinting the story in USA Today with a “false” rating. However its official website still lists the MacIver story as “pants on fire,” despite overwhelming evidence to the contrary.

Sadly, it’s just another example of PolitiFact’s consistent departure from true journalism – not to mention humility. 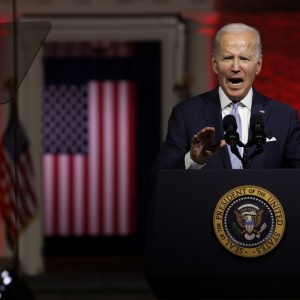