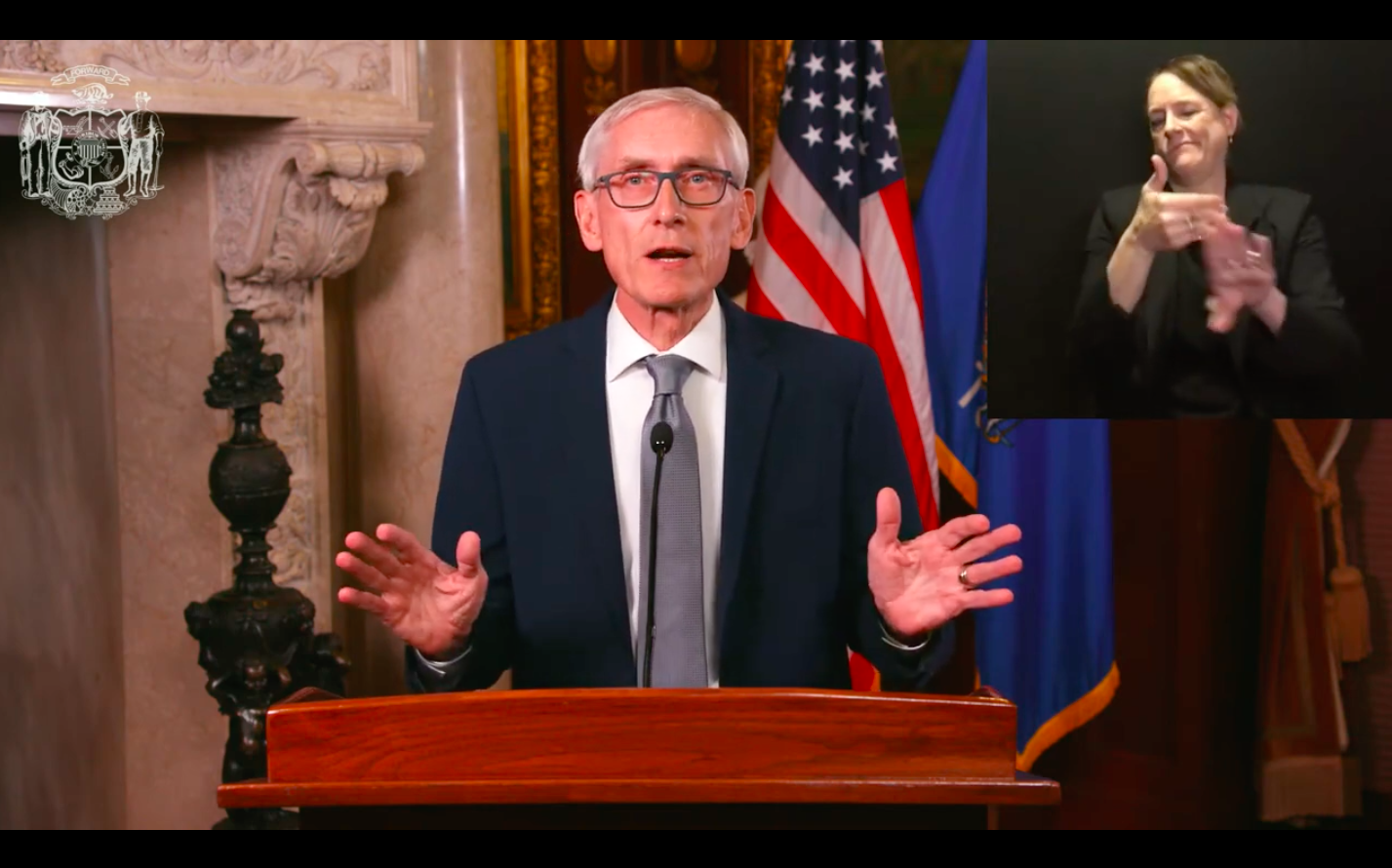 As he delivered his eagerly anticipated statewide address Tuesday night, Governor Evers looked and sounded like a man defeated.

“I know I don’t have to tell you that this year has been one of many, many challenges,” he said.  “Our optimism has been battered, our resilience strained, and our character tested.”

Wisconsin braced for what it thought was the inevitable: Evers was going to declare yet another public health emergency and use the considerable power such a declaration grants him to enact a new version of his “Safer at Home” order.

“Our bars, restaurants, small businesses, families, and farmers will continue to suffer if we don’t take action right now—our economy cannot bounce back until we contain this virus,” Evers gravely intoned.

It was coming.  Every small business owner knew it and wondered if they’d have enough cash reserves to survive.  Every parent wondered how they’d manage virtual learning and a full-time job (if, that is, they would still have a job).  Any second now, Evers would shut it all down.

And then he didn’t.

“Please, cancel the happy hours, dinner parties, sleepovers, and playdates at your home,” Evers said. “And if a friend or family member invites you over, offer to hang out virtually instead.

“If you have to leave your home, limit it to essential needs or errands. Please only leave your home if it’s absolutely necessary like going to the doctor, picking up prescriptions, grabbing groceries, or getting tested [for COVID-19].  And if you have to go out, please wear a mask and stay six feet apart.”

In his address, Evers announced that he was issuing quite possibly the weakest, most ineffectual executive order in state history.  In it, he didn’t actually order anything and instead “do[es] hereby recommend” that “all individuals should stay home as much as possible and only make trips when necessary.”

What gives?  Seven months ago, Evers closed the entire state with a snap of his fingers.  A little over three months ago, he forced everyone in it to wear masks.  A month and a half ago he declared a new public health emergency just to keep the mask mandate in place.

Now he’s reduced to begging “all individuals” to “take precautions when leaving their home.”

With COVID-19 cases surging in Wisconsin and hospitalization and death rates much higher than when he issued two prior emergency declarations, why didn’t Evers simply impose his political will on the state again?

The cold truth is that he no longer has the political will and, after seeing how surprisingly well legislative Republicans did in last week’s elections, he is terrified that he soon won’t have any political power.  Evers isn’t just a man defeated; he’s a man haunted by the specter of future defeat.

Despite a predicted “blue wave” in Wisconsin buoyed by millions of dollars in spending by out-of-state liberal groups, Republicans picked up two seats in the State Senate and only lost two in the Assembly (although as of this writing none of the legislative election results are yet official).  Their numbers in both chambers are teetering on the brink of veto-proof majorities: 21-12 in the Senate and 61-38 in the Assembly.

For months—and especially in the weeks before the election—Evers’ strategy was obvious: Issue an emergency order and then all but dare Legislative Republicans to issue a joint resolution to stop it.  Republicans, fearing backlash from voters terrified of COVID, backed down each time and allowed his mask mandate to stand.

Only when Evers unlawfully tried to extend his “Safer at Home” order in late April did Republicans file a lawsuit to reclaim their legislative authority.  Evers has been using the subsequent Wisconsin Supreme Court decision as a bludgeon against them ever since.

Now, it seems, he doesn’t even have the strength to pick a new battle.  Or, perhaps, he already knows its likely outcome.

Naturally, he will blame Republicans for their obstructionism and intransigence when they inevitably reject his latest non-serious COVID-19 bill (his last one included such poison pills as a temporary end to the state’s Voter ID law).  But this belies the obvious truth that Evers has governed without legislative approval through emergency declarations for 180 of the 245 days that this pandemic has so far lasted.

Why is he so hesitant to issue a new one?  Because he no longer believes that Wisconsin is with him and that doing so would amount to political suicide.  Surging COVID numbers in spring helped prove that statewide lockdowns do nothing but kill the economy while surging COVID numbers now during more than three straight months of mandatory mask-wearing helped prove that masks are little more than a virtue-signaling placebo.

Government mandates can’t end this pandemic, and Evers is starting to recognize it.  All a new lockdown or school closure would do is further alienate the voters Evers now needs to win back if he wants even a prayer of winning a second term.

History is already lining up against him.  Assuming the unofficial results hold and Democrat Joe Biden is elected, Evers would be just the second governor in Wisconsin history to win election to a four-year term while his party controls the White House.  Even more troubling for him, first-term presidents’ parties almost invariably do very poorly in midterm elections—the very same factor that helped Evers defeat Scott Walker in 2018.

If Evers didn’t see the writing on the wall before last week’s election, he has now highlighted it, underlined it, and circled it.  He knows the fight that’s coming, and he is already signaling that he wants absolutely no part of it.