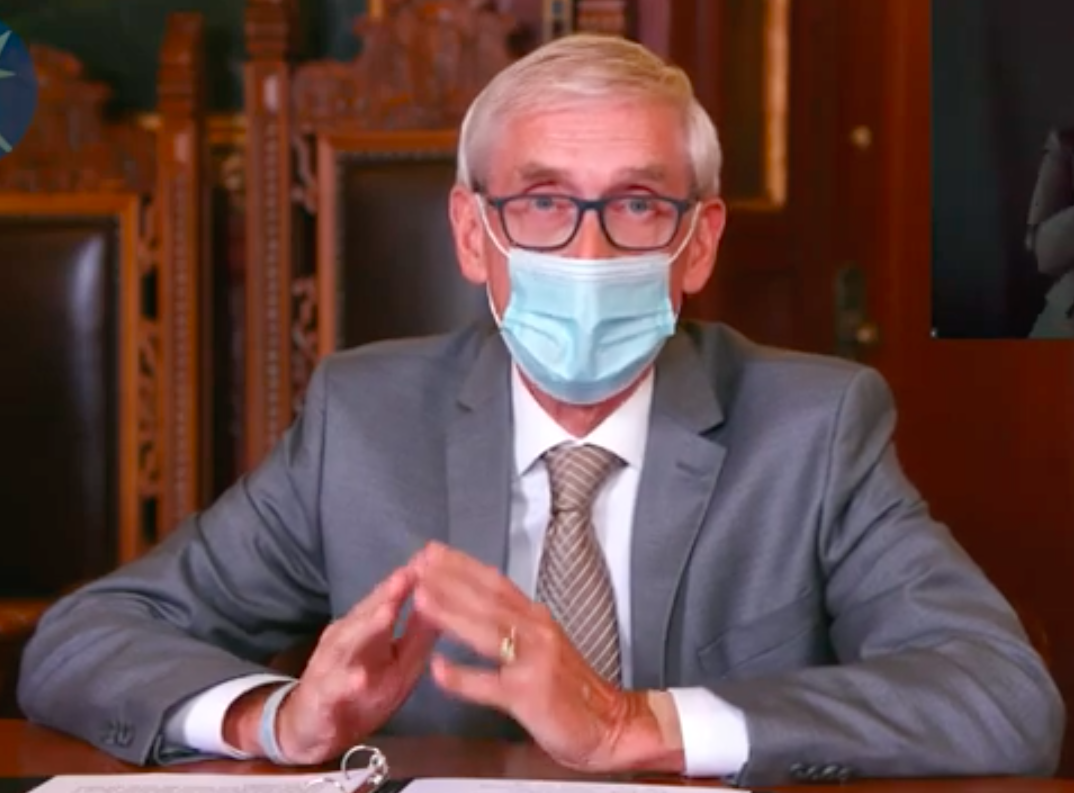 In times of crisis—when the walls seem to be closing in—the very best leaders dig deep within themselves, mediocre leaders delegate and dither, and weak, ineffectual leaders search for someone else to blame.

Any guesses as to which one Wisconsin has?

In a fit of pique combined with a desperate bid to find a scapegoat for his administration’s utter failure in handling the state’s COVID-19 pandemic, Governor Tony Evers leaked a scolding letter he sent to Assembly Speaker Robin Vos and Senate Majority Leader Scott Fitzgerald.

“I welcome the opportunity to meet with both of you to discuss our state response [to the pandemic],” Evers wrote. Given it has been 180 days since the Legislature last passed a bill and that you have repeatedly—through costly litigation and your public comments—expressed opposition to nearly every action my administration has taken to prevent the spread of COVID-19, I am eager to ensure our meeting is productive.”

One thing that will ensure that it won’t be was leaking this “invitation” to the press in an obvious attempt at both embarrassing Vos and Fitzgerald and shifting blame for the state’s recent spike in Coronavirus cases and hospitalizations.

Evers doesn’t want to meet; he wants to make it look as if he wants to meet.  If the Governor was actually serious about working with the Legislature, then he wouldn’t have in the past seven months declared three different public health emergencies…during which he can do pretty much anything he wants without needing the Legislature’s approval.

In issuing his most recent emergency order last month, Evers said that “in order to protect the life and wellbeing of Wisconsinites,” he needed to again bypass the Legislature and “designate the Department of Health Services…to take all necessary and appropriate measures to prevent and respond to COVID19.”

Evers doesn’t want to meet; he wants to make it look as if he wants to meet. That order doesn’t expire for another 38 days and the Legislature has made no move to revoke it.  Evers, then, can direct his Health Services Department to “authorize and implement all emergency measures necessary to control communicable diseases.”  The Legislature isn’t needed at all.

In fact, once the current emergency order expires, Wisconsin will have been in a state of emergency for 180 days—the exact amount of time that Evers is now complaining that the Legislature has gone without passing a bill.  It hasn’t needed to.  Each time Wisconsin’s COVID-19 outbreak has worsened, Evers has declared a new emergency, rendering the Legislature largely irrelevant.

Why does he suddenly need them now?

In his press release masquerading as a letter to legislative leaders, Evers even bragged about how much his administration has been able to get done without them.

“With the dollars available through the CARES Act, my administration has been able to provide $35 million in funding for residents who are at risk of losing their homes, $125 million for businesses on the verge of going under, $50 million for farmers who need a hand and $200 million for our local governments who have an ever-growing list of needs to respond to the pandemic,” he wrote.  “In addition to all the programs we have invested in, I have allocated $1 billion to public health infrastructure and emergency operations to combat the virus head-on and have a state-of-the-art response.”

What he hasn’t done, of course, is clear a massive backlog in his Department of Workforce Development (DWD) and get unemployment benefits to nearly 100,000 Wisconsinites who have been waiting for months—including several thousand who have been waiting since the virus first hit in March.  What does he want the Legislature to do, pass a bill forcing the DWD to answer its phones?

Or perhaps Evers would like the Legislature to write a law requiring Milwaukee to obey his 25% limit on bar and restaurant capacity?

The truth is that he doesn’t need the Legislature to do anything; his public health emergency ensures that.  Evers, however, is upset that one senator speculated to the Milwaukee Journal Sentinel that “Republicans in the Legislature plan to vote down our state’s COVID-19 public health emergency, and, more specifically, that you intend to wait to do so until after the November election.”

This, too, is irrelevant.  A recent ruling from a St. Croix County judge means that as soon as legislators vote to end Evers’ current emergency, he can simply declare a new one the next day.  Evers has spent months arguing that the existence of COVID-19 means that he doesn’t need the Legislature in order to stop its spread, but now he’s suddenly desperate to meet to work on a way forward?

He’s not.  He’s desperate to paint his political opponents as a do-nothing Legislature when he has told them since the start of the pandemic that they are unnecessary and that he can do whatever he wants through emergency orders.  He’s desperate to shift the blame for the state’s recent surge in cases and the ongoing unemployment benefits fiasco.