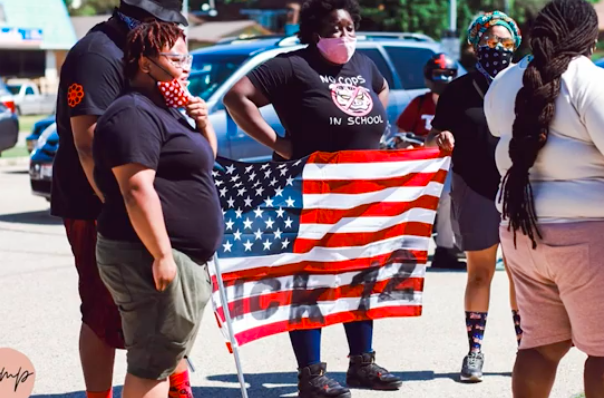 “The police’s function is to protect capitalism, white supremacy, and patriarchy,” Freedom, Inc.'s M. Adams says. Therefore, “We have to undo the entire system.” Click To Tweet

Madison Mayor Satya Rhodes-Conway and the Madison Common Council are slated to announce their nine picks for the new city Police Civilian Oversight Board at the Mayor and Council Leadership meeting tomorrow. Their picks will be selected from nine different “community-based organizations,” which include JustDane, YWCA, UNIDOS, Community Resource Response Team, OutReach, Sankofa, NAACP of Dane County, Freedom, Inc., and Urban Triage. At least two of these organizations, Freedom, Inc. and Urban Triage, have a record of extreme anti-police beliefs.

The two groups have a list of demands: get rid of the police, replace the police with “community control,” and release all people from prison.

Freedom, Inc. and Urban Triage believe the police are inherently bad and irredeemable, so the entire system of American policing needs to go away. While the mainstream media has been reluctant to report their radical views, both groups have repeatedly voiced their true intentions.

“We really want people to understand, we are not saying ‘defund the police’ or ‘abolish prisons’ and then put another system of punishment in place,” said Freedom, Inc.’s Executive Director, M. Adams, on a Facebook livestream in June.

“It’s not about ‘fire the one cop,’ or ‘get some training,’ or anything else like that. It’s about this long lineage of harm and domination in the name of white supremacy, in the name of patriarchy,” said Mahnker Dahnweih, Freedom, Inc.’s Community Power Building Coordinator, during the same livestream.

“Whether or not that particular officer is nice is an irrelevant point,” M. Adams said on the livestream. “The police’s function is to protect capitalism, white supremacy, and patriarchy,” Adams said. Therefore, “We have to undo the entire system.”

“We tried community policing. We tried black people building relationships with officers and officers building relationships with black people. We tried hiring officers of color. We tried more training for the police, and none of those things have been able to stop putting us in jail, to stop killing us, to stop sexually assaulting us, to stop harming our communities,” Bianca Gomez, Freedom, Inc.’s Gender Justice Coordinator, said during the June livestream.

“We tried hiring officers of color. We tried more training for the police, and none of those things have been able to stop putting us in jail, to stop killing us, to stop sexually assaulting us, to stop harming our communities.” -Bianca Gomez, Freedom, Inc. Gender Justice Coordinator

While Freedom, Inc. and Urban Triage fight politically to abolish the police, they believe vigilante justice, intimidation tactics, and violence are necessary to accomplish their goals.

MacIver recently reported about how Freedom, Inc. and Urban Triage led many of the violent riots in downtown Madison over the death of George Floyd. During the unrest, the groups shut down the highway, ran supplies to rioters on State Street, organized volunteers to act as human shields, and publicly defended the rioters for looting and violence. They don’t want anybody telling their activists how to fight for change either, even if that means letting their activists commit criminal acts.

“Freedom, Inc. and Urban Triage and other organizations planned direct actions and protests during the day, and then people went out at night and were mad, and we called them righteous rebellions. We support them 100% and we align ourselves with that strategy towards freedom and liberation,” Gomez said over a Facebook livestream Monday evening.

Some citizens tried to stop that “righteous rebellion” over the summer. Two men who attempted to stop some young people from looting Madison businesses were attacked by looters and struck with a 2×4 and a crowbar. That kind of violence falls under Freedom, Inc.’s definition of “completely justified” behavior.

“We don’t want anyone down there that’s going to be policing the youth, that’s going to be saying ‘Hey wait, don’t do that. Do that. This will keep you safe, this won’t.’ If you are there to listen and take direction, stay and put your body in-between the youth and police,” said Dahnweih during the Freedom, Inc. livestream in June.

Gomez talked during Monday’s livestream about whether she believed Madison’s Police Civilian Oversight Board would meet Freedom, Inc.’s goals and demands. She says the Board would not be able to fire officers like Matt Kenny, a Madison Police Officer who was found to have used justified self-defense when he shot and killed Tony Robinson in 2015. “That tells us that this is not enough to shift power and it’s not enough and will do very little to hold police accountable for the harm that they do in our communities every day,” said Gomez. 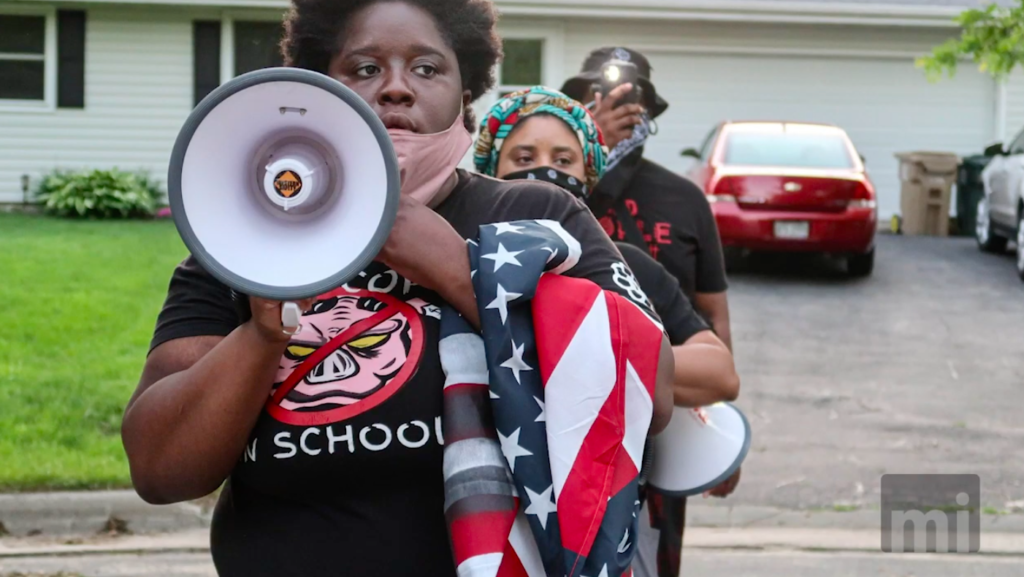 Gomez might be selling the Board’s powers a bit short. The 13 total members of the Board can issue subpoenas “for the purpose of compelling testimony or receiving documents” and can order their own investigations on the Madison Police Department (MPD).

The Board members, who will all be selected by October 6, will submit annual evaluations of the MPD and of the Chief of Police and will make policy recommendations to the city of Madison, the MPD, and the Madison Police and Fire Commission (PFC).

The Board will also recruit, hire, and be in charge of the city’s Independent Monitor. The Monitor will have nearly unlimited access to all MPD documents, reports, data, and other information in order to conduct investigations and assessments of the MPD. Just like the Board, the Monitor can also issue subpoenas.

Both the Monitor and the Board can refer cases, police officers, and the Chief of Police to the PFC for discipline or dismissal.

Neither the Board nor the Monitor have the final word on MPD, PFC or city decisions. However, the Board and the Monitor’s powers to issue investigations and subpoenas still pack a punch.

Check back at MacIverInstitute.com for updates to this developing story.