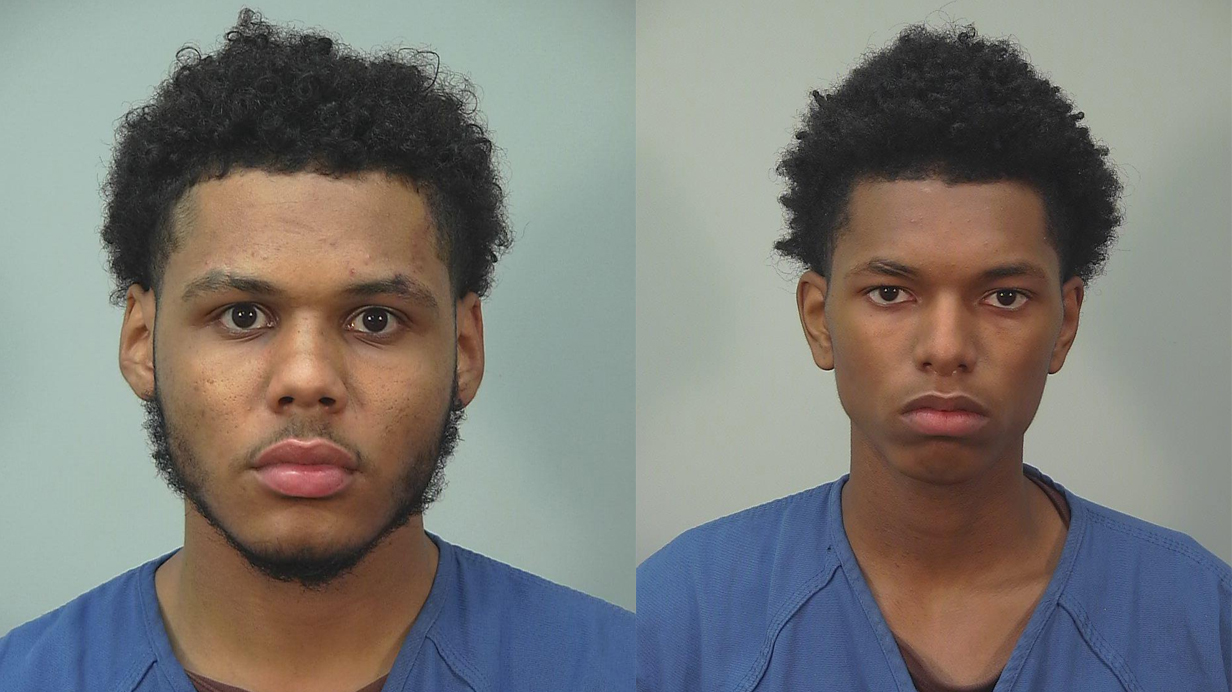 On a Tuesday morning in August, on one of the busiest roads in Madison, an 11-year-old girl was murdered.

Anisa Scott was riding in the front seat of her mom’s boyfriend’s SUV down E. Washington Ave. A group of men (and boys) in another car saw them and decided to kill the boyfriend. They started shooting. They missed their target and killed the little girl instead.

Madison Police arrested two boys and a man. The man’s name is Perion Carreon, and at the time there were already four open felony cases against him in the Dane County Court System. There were two cases of car theft, one of escaping arrest, and one of domestic abuse and bail jumping.

In fact, Carreon had just been in the county jail three weeks before. However, on July 21st, someone paid his $2,200 cash bail and let him back out onto the street. Had that not happened, he would still be in jail. His next court appearance for those cases is scheduled for September 16th. If Carreon were still in jail, it’s likely that Anisa Scott would still be alive today.

One of the other defendants in the Anisa Scott case is Jerry Ward. Ward was charged with first-degree intentional homicide and attempted first-degree intentional homicide in the Anisa case. Ward also apparently took part in the looting on State Street on May 30th after the death of George Floyd. He was not arrested on May 30th because the Madison Police Department decided at the time that arresting looters might “escalate tensions.” He was in the Dane County Jail in late June for possession of THC with intent to deliver. The judge released him on a $500 signature bond. Despite allegedly looting, marijuana possession and selling drugs, Jerry Ward was not in custody or jail when the Anisa Scott tragedy occurred.

Who paid Perion Carreon’s bail is something of a mystery. According to the Sherriff’s Department, the man’s name is Howard Switalla. It’s unclear who Switalla is or what motivated him to pay Carreon’s bail, enabling him to commit even more serious crimes in the community.

There is a large movement in Dane County to eliminate cash bail – especially for black defendants. This movement is led by such groups as Freedom Inc., Party for Socialism and Liberation, and Free the 350.

“Free the 350 Bail Fund” is a Madison-based organization that raises money to pay the bail for black people in the Dane County Jail. The group is dedicated to the complete elimination of jails and police. It collects online donations to pay inmates’ cash bails in Dane County.

In late June, the group paid a $6,000 cash bond to get Kelsey Nelson out of jail, who is accused of looting Goodman’s Jewelers on State Street in Madison.

“When we say #FreeThemAll, we mean FREE THEM ALL,” according to Free the 350’s blog.

“When we say #FreeThemAll, we mean FREE THEM ALL,” the group’s blog states. “Nobody should be in jail, especially simply because they don’t have the money to pay court-ordered bail.”

Free the 350 argued that everyone should be released from the county jail because of the COVID-19 pandemic. It claims that the sheriff’s department has been segregating inmates who test positive for the virus, which is the same as solitary confinement, which the UN says is “torture.”

“Jail should not be a death sentence!” the group insists.

Party for Socialism and Liberation

One of “Free the 350’s” allies is the Party for Socialism and Liberation (PSL), which is led by Sawyer Johnson. It began calling for the Dane County Jail to release all its inmates in April by organizing phone and email campaigns to pressure local officials.

PSL even organized a motorcade protest around the county jail in April, with people in 25 cars honking their horns and chanting “free them all.” Protesters have even shown up at judges’ homes.

Freedom Inc. is listed as “Free the 350’s” top partner in organizing the bail fund.

With well over a dozen staff members and millions of dollars in state taxpayer funding, Freedom Inc. has taken a top leadership role in Madison’s unrest this summer.

“If you are black and you are a victim of racist terrorism of white supremacy, of capitalist exploitation, of the active violence of this government, then you know the only way for you to survive is to take what you deserve,” M. Adams, Co-Executive Director of Freedom Inc. explained during a press conference in June.

Freedom Inc. is very open about its support for rioting and looting. During that same press conference, Adams declared, “You stop murdering black people and your glass will be safe!”

Freedom Inc. has three main social justice-related goals: defund the police, free them all, and community control. In its online meetings it has described its desired end state in terms of mob justice.

“I believe in a transformative ass-whooping,” Bianca Gomez of Freedom Inc. said on a Zoom call in June concerning how the community should deal with criminals.

Freedom Inc. has operated without restraint throughout Dane County, shutting down streets and supporting rioters at will. Freedom Inc. has even taken responsible for vandalizing city streets by painting “Black Lives Matter” on the pavement.

On June 19th, it shut down John Nolan Drive marching to the county jail. Its leaders asked everyone in attendance to donate to the “Free the 350” bail fund. According to Up North News, it raised $200,000 up to that point in June.

“We started raising money since the uprising started and have been bailing people out all month long,” according to Freedom Inc.

How many inmates Freedom Inc., PSL, and Free the 350 have released back onto the streets is unknown. It is also not known at this time if they helped release Perion Carreon, who allegedly went on to be charged with first degree intentional homicide in the death of Anisa Scott.

Amazingly, Freedom Inc helped organize a vigil for Anisa Scott on August 25th, even though its goal to eliminate bail might have contributed to her death.

Freedom Inc. ended the event with a protest outside the City County Building where they shifted the focus from ending gun violence to defunding and eliminating the police. That’s who they see as the root cause for all of America’s social problems, even as these groups actively work to let criminals back on the street.

There is strong evidence that Freedom Inc’s campaign against cash bail is having success in Dane County.

The Dane County Board of Supervisors is considering a resolution that would review “population assessed cash bail in Dane County Circuit Court.”

The Sun Prairie Star recently reported that Dane County only requires “cash bonds” for 19 percent of inmates. The other 81 percent are released on “signature bonds.” A signature bond is simply a promise that the defendant will return for all their hearings or else they might be required to pay that amount to the court.

At least in the case of suspect Jerry Ward, some in the Dane County law enforcement and judicial system declared that the no bail movement didn’t work.

Deputy Dane County District Attorney Matthew Moeser noted at a preliminary hearing this week that Ward had a long juvenile record in addition to the three recent charges. According to the Wisconsin State Journal, Moeser said that “This is someone who has a recent track record of not only law violations but also not following court ordered-conditions.” Right now, as Dane County attempts to reduce the number of individuals kept in jail with bail, court-ordered conditions like finding a job or giving status updates to the court are often imposed in place of bail.

Court Commissioner Jason Hanson, who set bail ultimately for Ward at $1.5 million, said that the no bail movement or the  “signature bond route” did not work in this instance.

Whether through signature or cash, Freedom Inc., PSL, and Free the 350’s goal of getting defendants out jail was accomplished in Jerry Ward and Perion Carreon. That accomplishment might very well have led to the death of an innocent, 11-year-old girl.