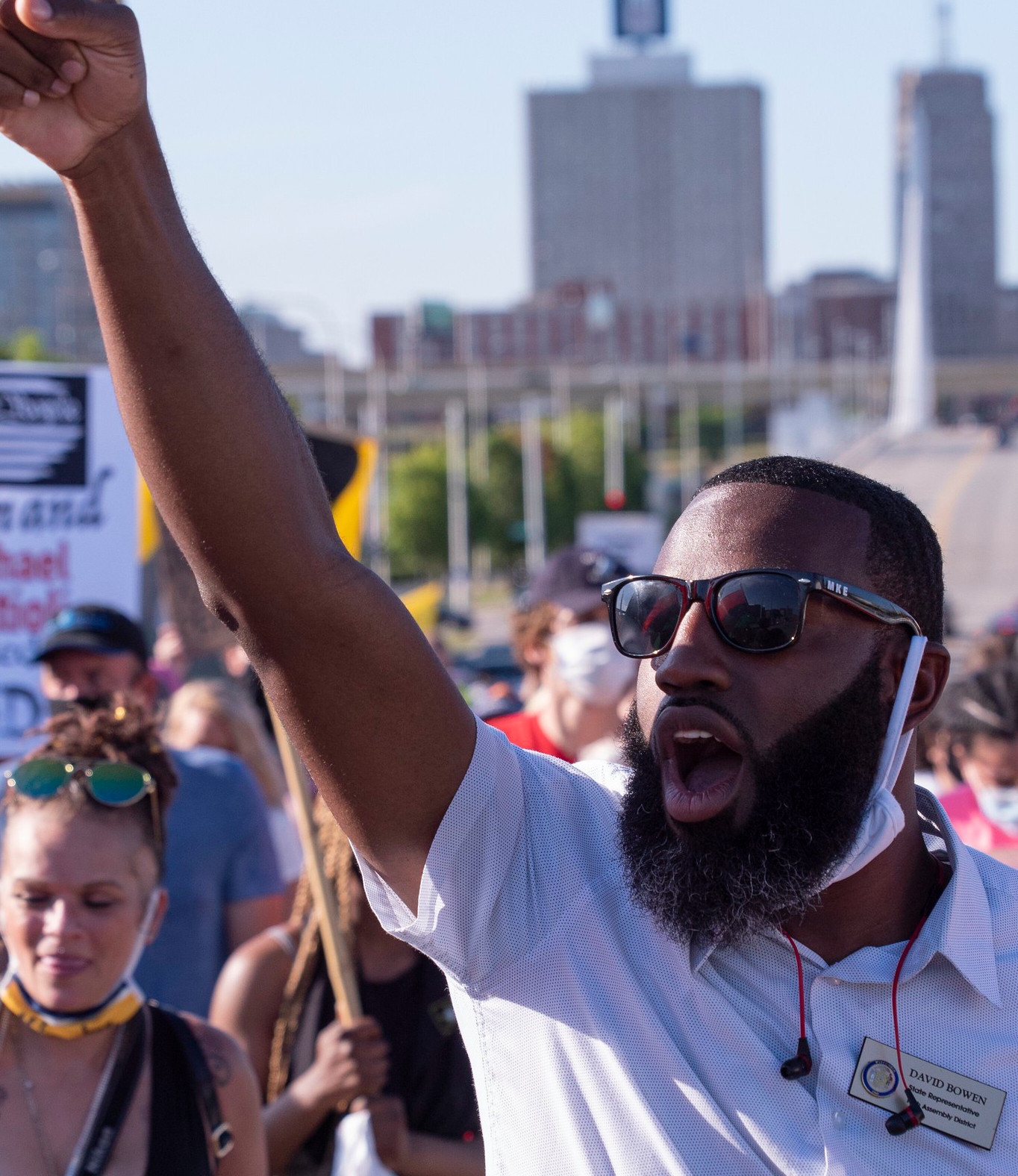 Democratic State Representative David Bowen was present during a terror attack at a Wauwatosa Police officer’s home. Now Dan O’Donnell demands that he be held accountable for his actions.

The political battle over suspended Wauwatosa Police Officer Joseph Mensah has now become an open war, as armed thugs descended on his girlfriend’s home Saturday night, assaulted the couple, and fired a shotgun at Mensah as he ran back into the house.

As if that brazen attack could be any more stomach-turning, a sitting member of the Wisconsin State Assembly has admitted to being one of its ringleaders.

“I make it my duty to go out everyday [sic] with protesters,” said State Representative David Bowen, a Milwaukee Democrat, in a news release that reads more like a confession.  “In my time at the protest in front of Mensah’s home, I personally felt threatened by his actions.”

As the Wauwatosa Police Department noted in its response to Bowen’s wild and evidence-free allegations, he rather shockingly admitted to being “outside of the home while criminal conduct and a shooting occurred.”

Investigators are now trying to determine just how involved Bowen was in what they call a “targeted planned act of violence against one of our police officers and our community.”

Bowen rather shockingly admitted to being “outside of the home while criminal conduct and a shooting occurred.”

“My presence as an elected official speaks volumes to people we come in contact with,” Bowen said.

In other words, he isn’t just a face in the crowd; he is an active participant and vocal leader whose position legitimizes (in his mind, anyway) the mob’s actions.

Now that those actions have turned criminal and terroristic in nature, Bowen must be held accountable for them.  Naturally, he did not at any point in his statement acknowledge that his mob did anything wrong even though he admitted that at least one of its members brandished a shotgun while illegally trespassing onto Mensah’s property.

“Joseph Mensah chose to engage with a protestor [sic], and pulled the trigger on that individual’s firearm,” Bowen said.

In order for Bowen to have seen this scuffle, of course, he would have had to have been standing in very close proximity to it, which places him illegally on Mensah’s property along with the rest of the mob he led there.

His acknowledged leadership role in that mob also raises potential criminal liability as party to the numerous crimes it committed Saturday night.  In fact, his statement—which has been directly contradicted by what police describe as “a large amount of high quality, video footage from the scene”—is seemingly designed to do nothing but provide cover for the gunman.

Bowen’s behavior Saturday night and subsequent lies about it on Monday afternoon have revealed him to be wholly unworthy of his office.

This could theoretically make Bowen an accessory after the fact, since such a statement—especially coming from a state lawmaker—tends to, as Wisconsin Statute § 322.078 provides, “assist the offender in order to hinder or prevent his or her apprehension, trial, or punishment.”

By claiming that Mensah, not the actual shooter, was the one who pulled the trigger, Bowen is rather obviously trying to hinder the apprehension of said gunman by intentionally putting out a false story in the media to muddy the evidentiary waters.  After all, Bowen himself said his “presence as an elected official speaks volumes.”

Now his presence and actions on and since Saturday night raise significant and very serious questions about his fitness to serve as an elected official.  Even if Bowen is not charged with a crime in connection with the attack on Mensah’s home, the fact that he was actively encouraging a terroristic intimidation campaign that ultimately led to a vicious attack thoroughly disqualifies him from ever serving in any elective capacity again.

He must immediately resign and, if he refuses, his Democratic Caucus must pressure him to step down.  His behavior Saturday night and subsequent lies about it on Monday afternoon have revealed him to be wholly unworthy of his office.

Bowen has cast aside his oath of office to quite literally take up arms in an ongoing war on the police, and now that he has chosen his side, he must live with the consequences.  He aided and abetted a terror attack on a family’s home, and as a result can no longer serve in the people’s house.