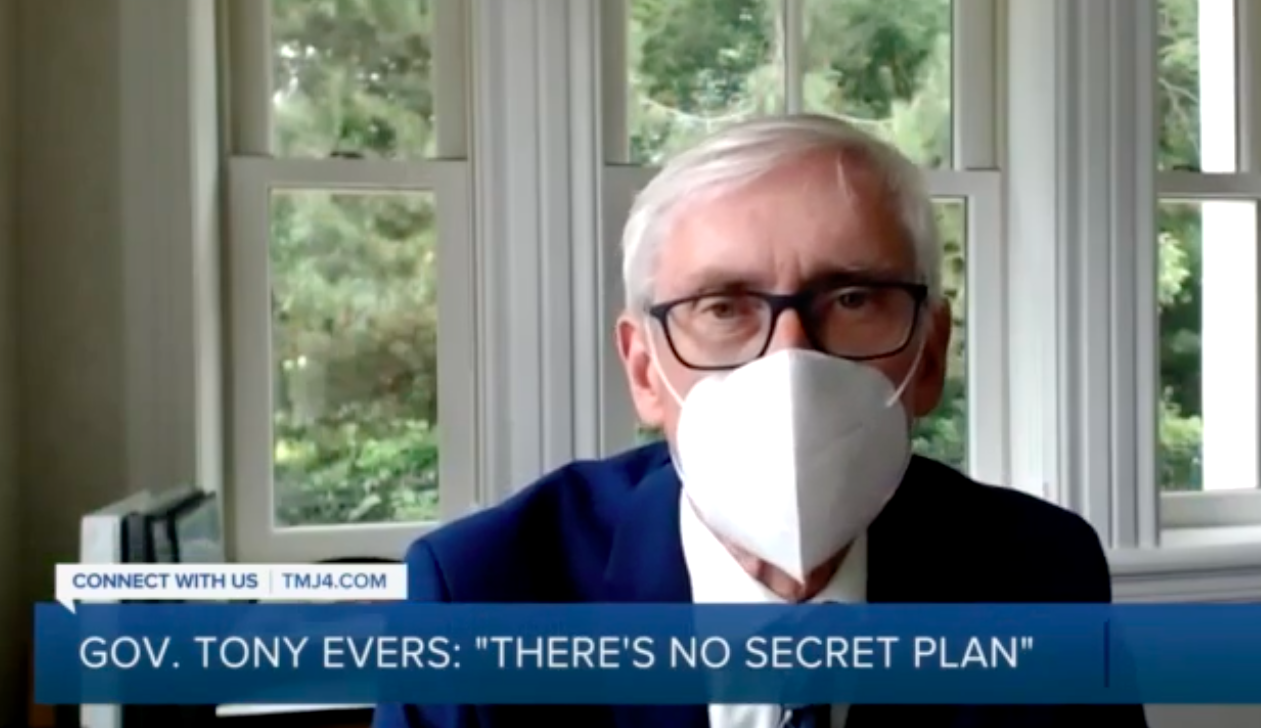 Governor Evers says he isn’t planning to close schools this fall. Dan O’Donnell wants to know why anyone should believe him.

“There’s no secret plan out there,” he assured a WTMJ-TV reporter.

Given Evers’ track record, this can mean only one thing: There is most definitely a secret plan out there.  Such has been the manner in which the Governor has announced every major Coronavirus policy that it is only natural to assume that he is about to do the exact opposite of what he just promised.

In March, as the nation first began grappling with the pandemic and states began weighing the possibility of locking down, Evers was asked point-blank whether he was considering a shelter-in-place order.

“We do not have plans to shelter in place,” he said during a teleconference.  “We think what we have works and will continue to work.”

Three days later, Evers announced that a statewide shelter-in-place order would go into effect in 48 hours.

When he was asked whether he would try to postpone Wisconsin’s presidential primary and State Supreme Court election from its scheduled date of April 7th, he said definitively that he would not.

“Elections are important and there’s no guarantee if we delay it to June that we’re not facing the same thing, and by that time people should have been taking office,” he told WTMJ-AM.

He was even blunter to an Associated Press reporter.

In a conference call with reporters, he even promised that Wisconsin would not to follow Ohio’s lead and cancel the primary the day before.

“I encourage people not to compare us to Ohio and we certainly would not wait until the night before the election to make an historic decision like that,” he promised.

Technically, he was right.  He waited until four nights before the election to start calling for it to be postponed.

Times of crisis cry out for an honest, decisive, and above all capable leader.  Evers is anything but, hiding his true agenda behind a wall of dithering and lies.

“Yeah, it’s late in the game, there’s no question,” Evers said in a news conference announcing his sudden change of heart. “But it’s things that have been discussed before, people have had time to chew on it. I’m hopeful that common sense will prevail and we’ll be able to get some solutions to this.”

The election, of course, went on as scheduled, but Evers’ feckless flip-flopping ensured that it was far more chaotic than it needed to be.

Just four weeks ago, the Governor said that he would not issue a statewide mask mandate because it would not stand up to a legal challenge.

“I had an interesting call from a business leader just the other day [saying] ‘Please, please mandate the masks,” Evers said during a news conference.  “Our ability to thrive economically as a state is counting on this virus being handled appropriately and he asked me to do it and I talked to him about the possibilities of it being challenged in court, which is about 100 percent, and our chances of losing in the Supreme Court, which is very close to 100 percent, and he said ‘Do it anyway.’”

Naturally, within three weeks of saying that he wouldn’t (or, more accurately, couldn’t), Evers did.

Should it therefore be a surprise that his assurances that there is no secret plan to close schools are falling on deaf ears?  Evers has repeatedly proven that he can’t be taken at his word.

This doesn’t just speak volumes about his character as a person; it reveals everything this state needs to know about his competence as a leader.  His decisions are always arbitrary and the reasoning behind them is invariably capricious.

Times of crisis cry out for an honest, decisive, and above all capable leader.  Evers is anything but, hiding his true agenda behind a wall of dithering and lies.  How exactly can one inspire confidence in others when he doesn’t seem to have confidence in what he’s going to do tomorrow?

And, more significantly, how can he maintain trust in his leadership when his word simply can’t be trusted?