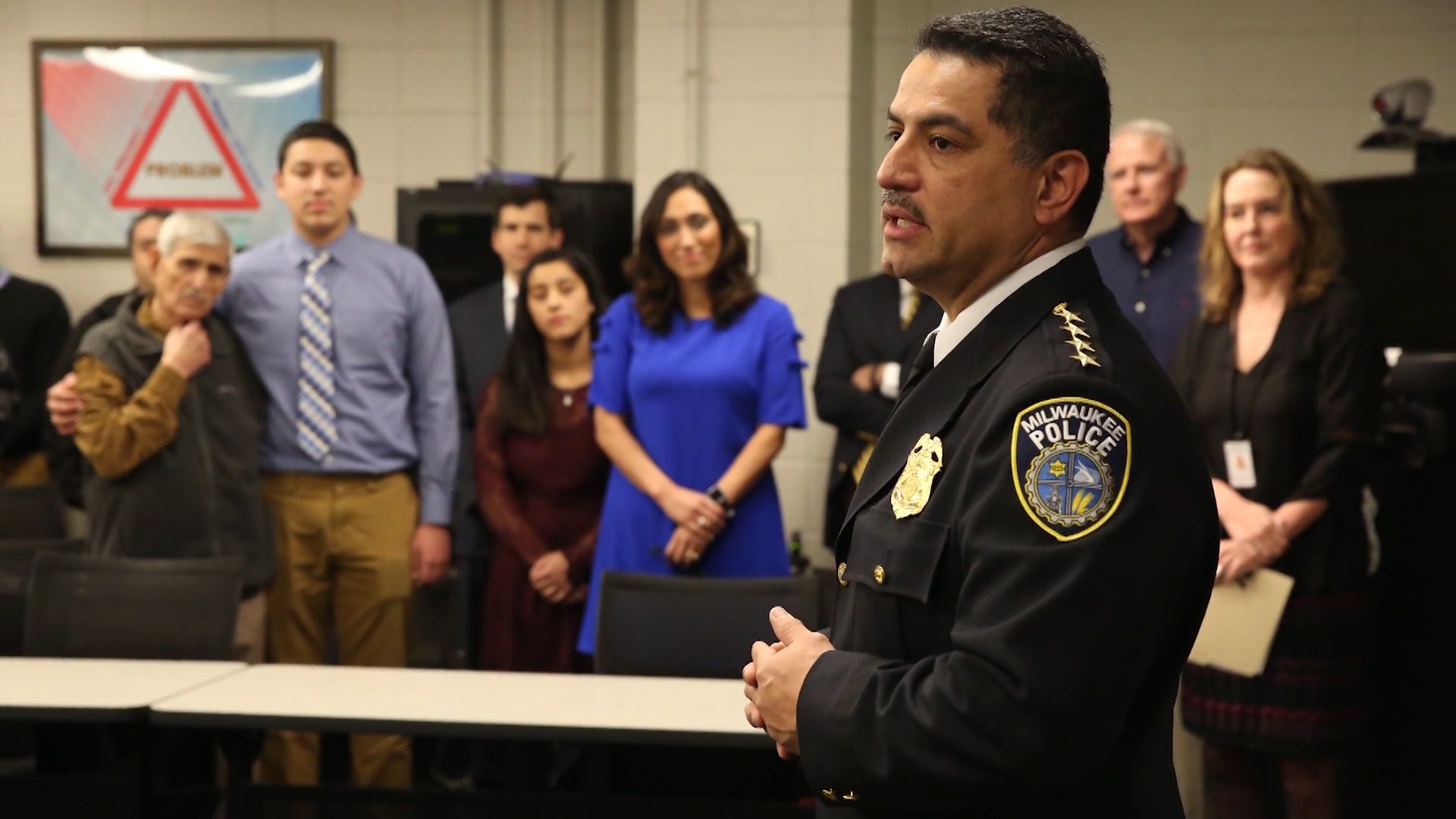 It’s not being fought in the streets at night, it’s being fought in city halls and state capitols in broad daylight and, as Dan O’Donnell explains, it’s far more consequential

A war is raging in America, but its most visible battle—the one being waged in the streets—isn’t its most consequential.  In city halls and state capitols across the country, the real fight for America’s safety, security, and soul is being fought, and won, behind closed doors.

As rioters rage against the police in performative violence before supportive news cameras each night, the real blows to policing in America are being struck in broad daylight.  Each day, the rage of the rioters is reflected and codified in increasingly unhinged political attacks against police departments and the officers who staff them.

This is the real war on police, and it’s going largely unnoticed.

In Milwaukee, the seemingly corrupt and utterly dysfunctional Fire and Police Commission (FPC) voted this week to give Police Chief Alfonso Morales such onerous (and largely ridiculous) marching orders that it is obvious that the Commission is simply laying the groundwork to remove Morales from office.

Perhaps not coincidentally, the same day that the FPC made its move, the Milwaukee Ethics Board announced an investigation into FPC Chairman Steven DeVougas, who allegedly tried to bribe Morales by offering him an easier time having his contract renewed in exchange for firing an officer DeVougas wanted fired.

When Morales refused, DeVougas went to war against him—cancelling FPC hearings in which members were to vote on Morales’ reappointment (which DeVougas ultimately voted against) and taking the unprecedented step of issuing “do it or else” directives obviously designed to provide the basis for Morales’ firing next month.

Conveniently enough, Milwaukee Mayor Tom Barrett—who appoints each FPC commissioner and who has never been a big fan of Morales—is on vacation this week.  Seven members of the Milwaukee Common Council, though, seem to have spoken for him in issuing a statement of no confidence in the chief.

“The pattern of failed leadership by Police Chief Alfonso Morales is unmistakable and devastating,” they wrote, “and we hope we will soon be moving on from his rocky tenure.”

What has been so rocky about it?  According to the Council members, “Chief Morales, through his actions and words, has disrespected the Black Lives Matter peaceful protest movement and the demands of immigrants and their advocates.”

In this new war on police, this is apparently grounds for termination.

Just as appallingly, the Milwaukee suburb of Wauwatosa’s Common Council voted nearly unanimously to recommend the firing of a police officer who has not been proven to have done anything wrong.

Joseph P. Mensah, who is black, piqued the outrage of the Black Lives Matter movement after he shot and killed a teenaged suspect who fired a gun at him at Mayfair Mall in February.  Mensah had previously been involved in the shooting deaths of two other suspects, but both shootings were ruled to be completely lawful and justified.

In spite of this, and in spite of the fact that February’s shooting is still under investigation (and almost certain to be ruled justifiable), the Wauwatosa Police and Fire Commission voted unanimously to suspend Mensah.

In this new war on police, due process doesn’t seem to apply to officers.

As always, whenever radicalism sweeps the nation it seems that Madison is leading the way, and true to form it was forcing out police officers nearly a year ago.

Citing “politics” as the major “catalyst,” Madison Police Chief Mike Koval announced his immediate retirement last September and said Mayor Satya Rhodes-Conway and the Madison Common Council had made it impossible to effectively police the city.

“I was increasingly frustrated people aren’t letting me do my thing independently,” he said.  “I like people to stay in their lanes, and to that extent, that isn’t happening or won’t be happening to the extent of, I can’t get the resources I need.

“I’m concerned that public safety is being left as an also-ran category as opposed to a feature category. Elected officials have to run for office, they have created platforms, they have to set agendas, and to the intent if they win, to the victor goes the spoils.”

If ever there was a summation of this new war on police, this would be it.  Unfortunately for the public, the spoils of victory include an increasingly police-less society.

This, ultimately, is the endgame; an end to policing as it currently exists.  And the war over it isn’t just being fought in Wisconsin’s most radical cities.

At least two state representatives, Milwaukee’s Jonathan Brosthoff and David Bowen, have publicly called for defunding police departments, and although a Democrat move to do just that stalled in the Republican-controlled Legislature last month, it is clear that making policing all but impossible is no longer a fringe movement in the State Capitol.

Governor Evers publicly dismissed the idea of defunding the police, but just days later demanded that legislators pass a radical package of bills that would dramatically curtail the ability of officers to use any force in apprehending suspects.

Republican State Senator Van Wanggaard, a former police officer, blasted the bills as having been “clearly written by liberal activists who have never served with law enforcement, and apparently never even talked or listened to them.  Micromanaging the force continuum in a state statute written by the most liberal Democrats in the Capitol won’t make things better and will likely make it worse.”

That’s the point.  It, like nearly every police policy enacted by elected Democrats in the past two months, is part of a concerted effort to making policing more difficult and to root out those who would dare oppose this.

Chiefs Mike Koval and Alfonso Morales recognized this for what it is, so they needed to go.  Joseph Mensah, meanwhile, is a convenient scapegoat.  But all will be casualties in one of the more consequential wars in American history.

While the more publicized battles have been fought in the streets over the past two months, the ones that matter are being waged in the halls of government.  They won’t be won with toppled statues and Molotov cocktails; they’ll be won with emails, phone calls, and in-person reminders to those in power that those who are not in power support law enforcement and reject the effort to destroy it.

The war is here, and it will only be won if the public provides the police with some reinforcements.