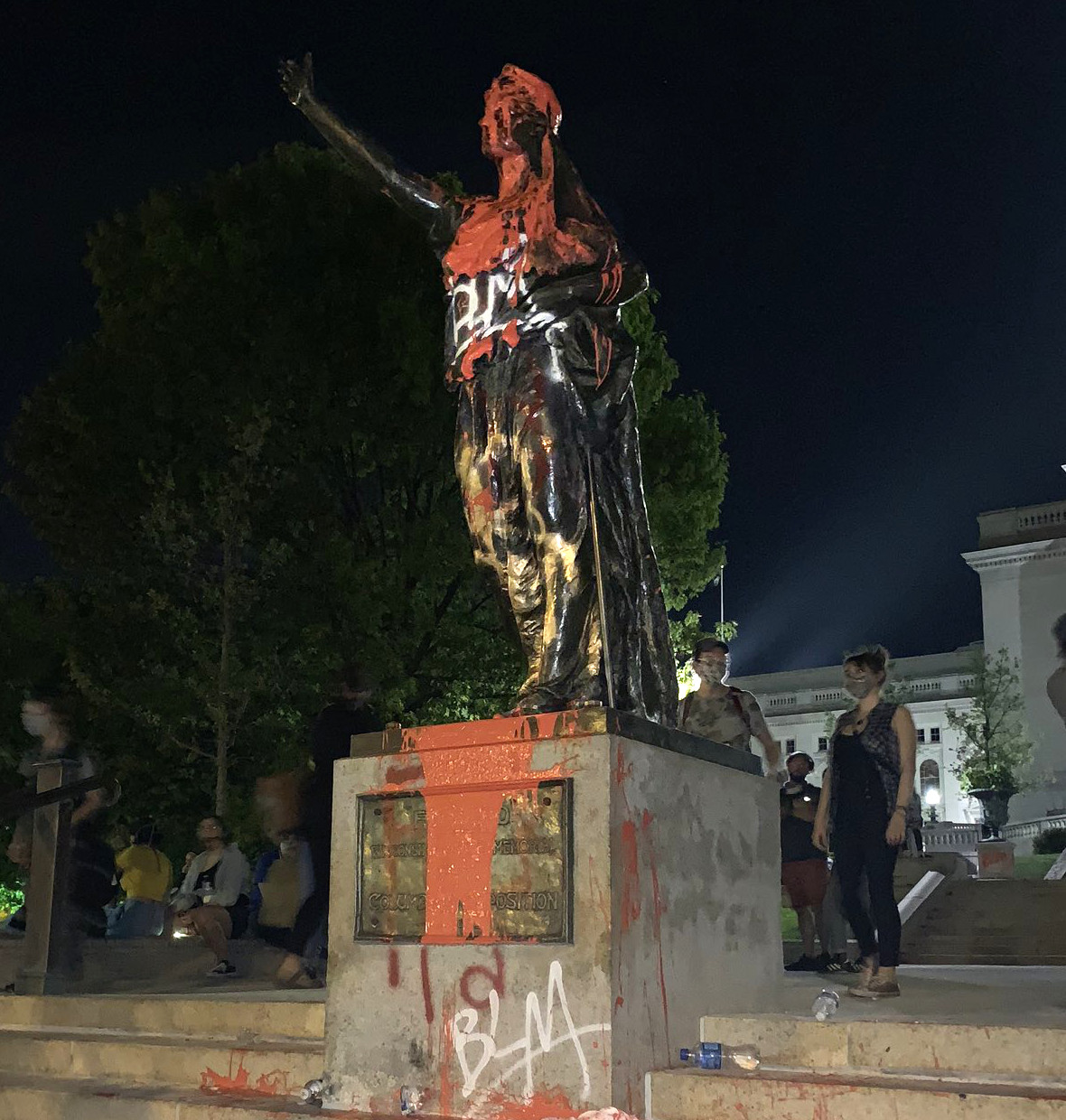 Dan O’Donnell looks at the words and actions of Wisconsin’s leaders over the past few days and has some serious questions.

Wisconsin’s leaders don’t want riots.  They swear it.  They support peaceful demonstrations and condemn racism in all its forms, but they absolutely, positively don’t want violence, arson, and looting.

After widespread destruction in her city on Saturday night, Madison Mayor Satya Rhodes-Conway said such behavior was totally unacceptable…kind of.

“If you are angry because you want those who broke windows and trashed sidewalk cafes and turned over planters and looted last night to face consequences, be more angry that the people who kill black people all too often walk free.”

Such idiotic false equivalence might have been the closest any American mayor has yet come to saying that the destruction of her city was justified.

And it might have been chalked up as naïve virtue-signaling from a true believer leftist who isn’t particularly bright if it wasn’t accompanied by the stand-down order she gave to police officers the night before.

To paraphrase Mayor Rhodes-Conway, we should be angrier about the anger we’re feeling than the violent outbursts that that anger produces.

As a Madison Police Department squad car burned in the middle of the street and rioters gleefully looted State Street businesses, the city’s police chief announced that officers wouldn’t be arresting anyone.

A total of just three people were taken into custody.

Unsurprisingly, the following night there was more vandalism and looting.  On Monday night, nearly every business on State Street was graffitied and the famous “Forward” statue in front of the State Capitol was doused in paint.

According to Mayor Rhodes-Conway, though, this wasn’t all that big of a deal in the grand scheme of things.

“To see a city burn on the outside is devastating but hardly compares to the implosion brought by systemic inequity and injustice,” he tweeted.

Outside of grabbing a crowbar and a can of gasoline, how could one fight such injustice?  Why, by donating to Barnes’ re-election efforts, of course!

“We are done dying,” Barnes wrote in an email to supporters on Friday. “So to the Wisconsinites and people across the country watching pain unfold in real time, I ask you to not just watch, but to speak out and to act.”

Naturally, the action Barnes’ email requested was to donate to the Democratic Party of Wisconsin.  As tawdry as that was, at least Barnes got Floyd’s name right.

“The fact that we, as millions of Americans, witnessed the murder of George Lloyd is what has brought us to this moment right now,” Barrett said in a news release that doesn’t appear to have been proofread.

At least it included the standard boilerplate language about looting and property damage being unacceptable. Wisconsin Governor Tony Evers hasn’t even bothered.

“We cannot let the work of a few undermine the pain felt by our Black neighbors or distract from the source of this grief and anger,” he tweeted Saturday.  “We must remember George Floyd, his life matters, he should still be alive today. Right now, we must respond with our empathy and compassion.

“We must remember that anger and grief about injustice never need justification.”

In other words, to paraphrase Mayor Rhodes-Conway, we should be angrier about the anger we’re feeling than the violent outbursts that that anger produces.

This, like Rhodes-Conway’s embarrassment of a press conference, might be chalked up to dim-witted naivete if it wasn’t accompanied by actions designed to further erode law enforcement’s ability to stop rioters.

On Tuesday, Evers—without a single word of condemnation for the damage done over the past few days—demanded that the State Legislature pass a radical bill aimed at dramatically curtailing the ability of law enforcement officers to use any force at all.

It is in fact nothing more than anti-cop pablum.

“[This legislation was] clearly written by liberal activists who have never served with law enforcement, and apparently never even talked or listened to them,” said State Senator Van Wanggaard, a former police officer.  “Micromanaging the force continuum in a state statute written by the most liberal Democrats in the Capitol won’t make things better and will likely make it worse.”

That, sadly, seems to be the idea.

On Tuesday, it was revealed that the Evers Administration has provided $3.6 million in taxpayer-funded grants to Freedom, Inc., the group behind the unrest in Madison.

“That includes $876,674 in federal grants awarded by the state Department of Justice since January 2019, when Attorney General Josh Kaul took office,” reported The Milwaukee Journal Sentinel’s Daniel Bice.  “The state Department of Children and Families has paid out $732,403 to Freedom Inc. under Gov. Evers over the past 1½ years.”

This group doesn’t even pretend to be non-violent.

In a statement quoting infamous cop-killer Assata Shakur, organizers said they “will not denounce any Black person’s display of grief and/or rage.  All actions against racist state violence are justified and we will not minimize these contributions to liberation.”

How did she thank the state that has paid her so generously?  By threatening it, of course.

“Stop murdering black people, and your glass will be safe,” she said Monday in a protest that, like each of Madison’s protests, soon grew violent.

But Wisconsin’s leaders don’t want that, no sir.  Haven’t they been clear in that?  Sure, all rage is justified and millions of dollars in state money goes to a group that foments that rage, but none of the state’s leaders want riots.