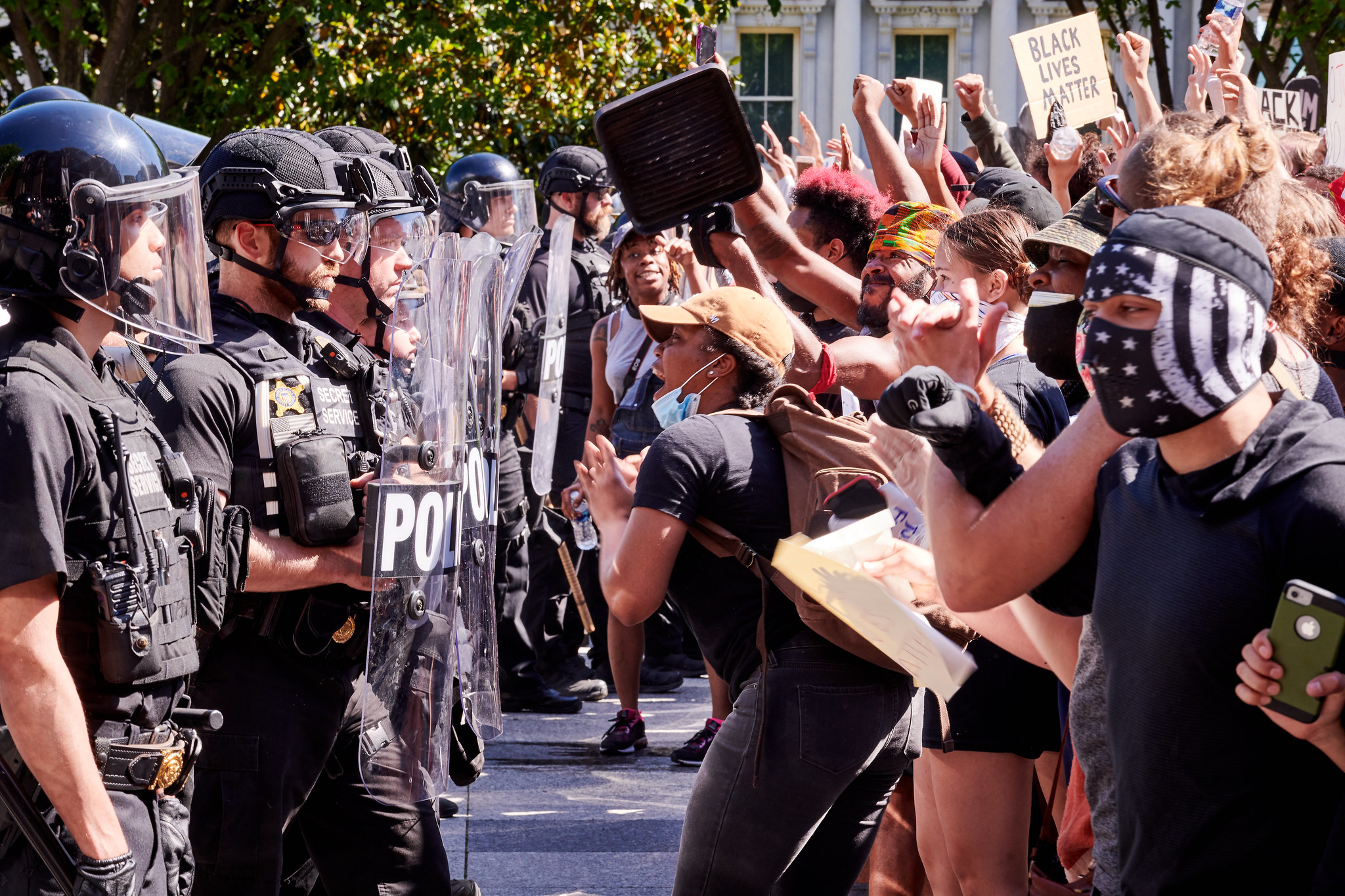 As the anti-police movement rages on, the real threat to black lives is growing.

America is in the throes of a pandemic.  No, not the one you’re thinking of.  And no, not a pandemic of institutional racism whose only cure is apparently tearing down statues of George Washington and Ulysses S. Grant.

America is in the throes of a pandemic that both its leaders and media are all but ignoring: Out-of-control violence in the streets that reached historic levels this past weekend.

In Chicago, five children were among 14 people shot and killed while an additional 90 were injured from Friday evening to Monday morning.  It was the deadliest weekend for the city since…the last weekend in May, when 24 people were killed and an additional 61 were hurt.

Stunningly, Milwaukee’s weekend was, on a per capita basis, even deadlier.  In the span of just five minutes Saturday night, a man was killed in a triple shooting while a man and a woman were killed in a car crash as the man drove the woman to the hospital after she was injured in a quintuple shooting.

On Tuesday night, two 14-year-olds were shot and injured as a chaotic scene unfolded when Milwaukee Police officers tried to investigate a report of two missing girls (who were later found safe).  An angry crowd confronted the officers—injuring seven and a firefighter—and burned a nearby house to the ground.

The only thing to spread more rapidly than the flames is this pandemic of violence, especially in Milwaukee.

“I grew up during the crack wars in Milwaukee, but there is a wildness out there that I have not experienced in my city before,” veteran Milwaukee Police Inspector Terence Gordon told the Police Executive Research Forum Tuesday morning.  “There are bullets flying everywhere right now.”

“Our homicides are way up,” added Milwaukee Police Inspector Leslie Thiele.  “We haven’t seen these numbers since 1991. We have 86 homicides this year, compared to 37 to this point last year, so we have a 132% increase.”

The only thing to spread more rapidly than the flames is this pandemic of violence, especially in Milwaukee.

Just as troublingly, no one seems to have noticed.  Not one of those homicides launched a single protest.  Local newscasts are too busy covering anti-police demonstrations.  Heck, The Milwaukee Journal Sentinel hasn’t even bothered to update its homicide tracker since June 7.

Yet it is this rash of violence that has posed a far greater threat to black lives than any police department.  In 2019, 72% of Milwaukee’s murder victims were black.  In 2018, 81% were black.

Dozens of people—of all races—are dying in gunfire that is invariably tied to a drug trade that is also leading to staggering rates of overdose deaths.

A record 404 people died of drug overdoses in Milwaukee County last year and this year there seems to be no sign of a slowdown.  Even marijuana, in a way, has become deadly.

“Toward the end of last year, we saw an increase in people getting killed over marijuana,” Inspector Gordon said.

Milwaukee, like most cities that have in recent years been prone to violence, has seen an increase in people getting killed over pretty much everything, but since “Defund the Drug Gangs” doesn’t have quite the same ring to it as “Defund the Police,” public outrage has been instead directed at the very officers who might be able to help stop the violence and, ironically, ensure that black lives really do matter.

“We’re basically not getting any support from our Common Council or our Fire and Police Commissioners,” Inspector Thiele said.  “They have talked about potentially cutting more of our budget. The attrition rate is very high the last couple years, and it’s going to continue this year. We have had a lot of people come forward and basically say they’ve had enough and retire.

“We’ve had younger officers who have been on for a year to 10 years and have resigned because they’re not willing to put their families through any news stories that would come out if they were involved in anything. It has been difficult, and morale is low.”

How could it not be?  Police officers are facing the wrath of politicians, the public, and the media because they are easy and convenient targets, but all that this misguided rage has done is to embolden a criminal element that is thriving in the resulting chaos.

This appears to be the result of what has come to be known as the “Ferguson Effect,” wherein law enforcement officers tend to back off of proactive police work out of fear of losing their jobs or worse if a videotaped encounter goes viral for the wrong reasons.

Public outrage has been directed at the very officers who might be able to help stop the violence and, ironically, ensure that black lives really do matter.

The existence of this phenomenon (so named for the summer of violence that followed the officer-involved shooting of Michael Brown in Ferguson, Missouri six years ago) has been hotly debated, but it seems as though the month has proven that violent crime tends to explode in the aftermath of racially charged controversies that send thousands of protesters and rioters into the streets for weeks on end.

“I think the fact that police departments in major cities are distracted right now is a contributing factor everywhere,” Gordon explained.  “It is definitely an issue here. Our department is distracted with politics, inquiries, demonstrations, everything you can imagine except serving the neighborhoods we come to work to serve.”

In what may be dubbed the “Minneapolis Effect,” violent crime has skyrocketed because of the unprecedented scale of the civil disturbances.  While law enforcement has its hands full, the (invariably Democratic) leaders of the cities and states that have seen the worst violence fan the flames of animosity against the police while doing everything in their power to coddle criminals.

In what can only be described as a slap in the face to police officers, new Milwaukee City Attorney Tearman Spencer (a Democrat) is reviewing the curfew tickets they issued during the worst of the city’s rioting and is considering dropping most or all of them.

The message couldn’t be clearer: Sure, Milwaukee might issue a rule, but it sure as heck won’t enforce it.

Sadly, this doesn’t merely apply to temporary curfew ordinances.  Milwaukee County’s justice system has long been a revolving door that always seems to get the most violent offenders back on the streets the quickest.

An already emboldened criminal element now believes itself to be invincible, but tragically the rest of the country is not bulletproof.