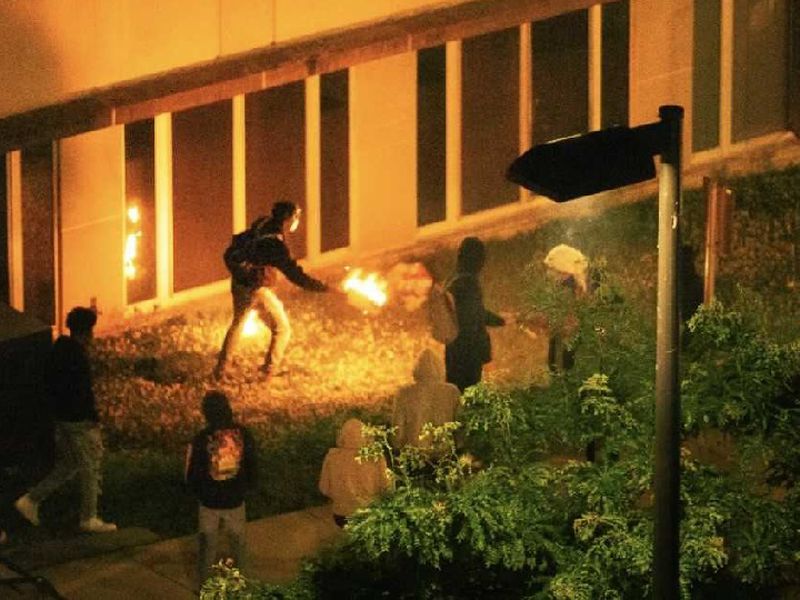 145 years ago, Ulysses S. Grant predicted a war between the forces of intelligence and patriotism and the forces of ignorance. On Tuesday night it happened in Madison.

On September 25, 1875, President Ulysses S. Grant addressed a reunion of the Army of the Tennessee, Civil War veterans under his command a decade earlier.

“It always affords me much gratification to meet my old comrades in arms,” he told them.  “How many of our comrades of those days paid the latter price for our preserved Union! Let their heroism and sacrifices be ever green and in our memory.  Let not the results of their sacrifices be destroyed.”

A statue of Ulysses S. Grant was torn down in San Francisco last week. 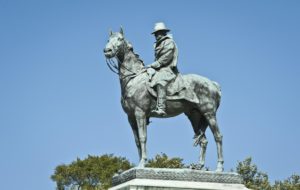 Almost 145 years to the day earlier, Grant—the man besides Abraham Lincoln perhaps most singlehandedly responsible for emancipation—predicted the Civil War that America is now fighting.

“If we are to have another contest in the near future of our national existence,” he said, “I predict that the dividing line will not be Mason and Dixon’s, but between patriotism and intelligence on the one side, and superstition, ambition, and ignorance on the other.”

Nowhere have the forces of ignorance been more engaged than in what might be termed The Battle of Madison on Tuesday night.  A group of historically ignorant morons who fashion themselves tolerant progressives and anti-racism crusaders first pulled down a statue symbolizing Wisconsin progressivism, then tore down a statue of a radical abolitionist who died fighting against the Confederacy, and then viciously beat an openly gay State Senator for good measure.

“If we are to have another contest in the near future of our national existence, I predict that the dividing line will not be Mason and Dixon’s, but between patriotism and intelligence on the one side, and superstition, ambition, and ignorance on the other.”
-Ulysses S. Grant

That Senator, Tim Carpenter (D-Milwaukee), tried to explain that he “was an ally of the demonstrators,” but it didn’t matter.  According to a Milwaukee Journal Sentinel reporter on the scene, at least one of those demonstrators “didn’t believe Carpenter was a State Senator because he drove a Honda Accord.

“Another person told him Carpenter was indeed a senator and that lawmakers make about $55,000 a year.”

Unfortunately, no one in the mob seemed to know the story of the Forward statue or what it represented (other than it was a statue and the mob hates statues).  Its sculptor, Madison native Jean Pond Miner, should be a heroine to modern feminists as she was a pioneer in a field dominated by men.

Her work, which debuted at the 1893 World’s Fair in Chicago, depicts a woman standing on the prow of a boat named “Old Abe” (after Lincoln) with one arm extended and the other clutching an American flag.

From there, these self-styled freedom fighters moved on to the statue of Hans Christian Heg, a Norwegian immigrant who abhorred slavery and dedicated his life to ending it.  He enlisted in the Union Army when the Civil War broke out and died for the cause he believed in during the Battle of Chickamauga on 1863.

He was posthumously promoted to Brigadier General and celebrated as a hero.  In 1925, a statue of him was erected outside of the Capitol and stood for nearly a century…until it was beheaded and thrown into Lake Monona by people who claim to stand for the same principles that Heg died defending.

Its cause is idiotic, its ignorance of history is astounding, and its propensity for random beatings is terrifying, but still the Army of Stupidity that marched on Madison Tuesday night has been effectively legitimized by the city’s Mayor and Wisconsin’s Governor.

In reality, they stand for nothing save for ignorant, impotent rage.  Their stated cause célèbre—the arrest of protest leader/career criminal Devonere Johnson—is as ridiculous as they are.

On Tuesday, Johnson cradled a baseball bat as he shouted threats through a megaphone at patrons at The Cooper’s Tavern and chased a random man through the restaurant.

“Why are you a racist?” Johnson blared into the man’s face as the man tried to get away.

Unsurprisingly, Johnson was arrested…as anyone screaming threats through a bullhorn while cradling a baseball bat would be (and should be), but this was considered unacceptable and justified the destruction of state property and the assault of a State Senator.

Johnson, who is just 23 years old, has already been convicted of operating a vehicle without the owner’s consent, theft of movable property, and theft from a corpse, and was acquitted of shooting and paralyzing a man on a bus in Minneapolis only after a jury failed to determine that Johnson did not shoot the man in self-defense.

Johnson of course resisted arrest Tuesday and five officers needed to subdue him before taking him into custody.  This grave injustice apparently justified the beating of an elected official, destruction of two statues, vandalism of the State Capitol and the Tommy Thompson Center, and a Molotov cocktail thrown through Madison’s City-County building.

Its cause is idiotic, its ignorance of history is astounding, and its propensity for random beatings is terrifying, but still the Army of Stupidity that marched on Madison Tuesday night has been effectively legitimized by the city’s Mayor and Wisconsin’s Governor.

“What happened in Madison last night presented a stark contrast from the peaceful protests we have seen across our state in recent weeks,” Governor Evers said in a mealy-mouthed press release that opened with pathetic deference to the very people who attacked his place of business.  “Our cause and our purpose must continue to be the pursuit of the promise of an equitable, just, and fair state and country, and we cannot delay delivering on these promises any longer.”

Madison Mayor Satya Rhodes-Conway was even more laughable in her groveling before the army of idiots who had just laid waste to her city (for the second time in a month).

A mob as stupid and as angry as this never can be placated.  It is a veritable army of historically, culturally, and morally ignorant children.

“Over the past weeks, we have heard chants of ‘[W]ho keeps us safe? We keep us safe!’ It’s time for that ‘us’ and that ‘we’ to include everyone in Madison,” she said in a news release that was equal parts ignorant hippie and dangerous incompetent.  “Because every single person who lives here deserves to be and feel safe in our City. And it is up to every single one of us to make that true.

“Everyone – police, protester, elected official, business owner, resident – everyone must find it within themselves to show compassion and kindness for each other, and to care about each other’s safety and well-being.”

Such dithering fecklessness creates a power vacuum in which the sort of chaos that Madison saw Tuesday night can thrive.  Rhodes-Conway could have allowed the Madison Police Department to disperse the mob and start making arrests, but she did not.  Governor Evers could have used the Capitol Police to secure the Capitol—which is kind of its job—but he did not.

Instead, both were content to issue pandering press releases and hope that the mob would be placated.  It will not be, primarily because a mob as stupid and as angry as this never can be.  It is a veritable army of historically, culturally, and morally ignorant children.

And now, as Grant predicted, it’s up to the forces of patriotism and intelligence to stand against them.