Why Does Mainstream Media Not Report On The Beliefs Of Freedom, Inc. And Other Professional Protestor Groups?

Is The Mainstream Media Trying To Make These Radicals Look Reasonable And Peaceful?

[Madison, Wisc…] Public officials and the mainstream media might think they’re doing Black Lives Matter (BLM) activists a favor by characterizing their activities as peaceful, but that’s not the way those activists see it.

Since May 30th in Madison there have been daily rallies held, over hundred businesses looted, police and National Guardsmen attacked, a police car torched, buildings and streets spray painted, and major highways blocked.

The media narrative has been: during the day peaceful protesters hold rallies against police brutality, and then at night an entirely different group of people come in to riot, vandalize, and loot.

Three groups in Madison have been organizing and supporting BLM activists on the streets – Freedom Inc., Urban Triage, and the Party for Socialism and Justice. They are part of, what’s officially known as, the “Movement for Black Lives” or “M4BL.”

“[They are] responsible for organizing the peaceful protest that took place Saturday afternoon,” Channel 3000 explained on June 1st.

“The groups also helped organize Saturday’s rallies around the state capitol, which were largely peaceful through most of the day,” reported NBC15.

“There didn’t appear to be much crossover between the individuals clashing with police and those who had demonstrated peacefully hours before,” reported the Capital Times.

“Hundreds participated in a high-energy, peaceful march that closed off city thoroughfares,” reported the Capital Times.

“Organizers tell NBC15 News that they want to keep things peaceful, to stay positive and keep the attention on the issues,” NBC15 claimed.

“No Justice, No Peace”

What organizers NBC15 talked to is a mystery. Groups like Freedom Inc, Urban Triage and the Party for Socialism and Justice strongly disagree that there’s a difference between daytime protesters and nighttime rioters. They say characterizing activists as peaceful is dangerous to their cause.

“They want to call our protests peaceful, so they can criminalize our black youth on State Street!” Bianca Gomez, Freedom Inc, declared at a press conference on June 1st.

“We will refuse to denounce any black youth leader who is continuing to lead the rebellion,” Sawyer Johnson, Party for Socialism and Justice, said. “We care more about black lives than we do about Urban Outfitters getting tagged.”

“The spirit that you see right now exploding from our youth is the warrior spirit,” Brandi Grayson, Urban Triage, said.

“If you are black and you are a victim of racist terrorism of white supremacy, of capitalist exploitation, of the active violence of this government, then you know the only way for you to survive is to take what you deserve,” M. Adams, Co-Executive Director of Freedom Inc. explained.

Sure enough, as looters pillaged the store August on State Street on May 31st, one of the young criminals yelled, “they take from us, we take from them!”

It wasn’t just the media and public officials giving subtle disapproval to this aspect of the BLM movement. Madison residents, in general, did their best to coverup these crimes and clean up the movement’s image. After the first night of looting, hundreds of volunteers showed up to sweep up broken glass and remove graffiti. The Party for Socialism and Justice sees this as proof that “Madison Liberals” just don’t get it.

“[They’re] making the broken glass the problem. And you know how we know? Because more people showed up and donated to clean up the businesses that had insurance than donated to the cause,” Johnson said.

The violence goes well beyond property crimes. Two men trying to stop a woman from looting were attacked with two-by-fours. BLM activists argue against even labeling these actions as “violence” in the first place.

“This notion of violence on State Street is problematic and misguided and liberal. Violence is brutalizing black children in schools. Violence is poverty. And Violence is using tear gas to protect property,” Gomez said.

Main stream media outlets refuse to confront Freedom Inc and its allies about troubling comments like these. Rather, they give those groups a pedestal to spread their more sanitized talking points.

NBC15, WKOW, and Channel 3000 have all given Freedom Inc’s co-executive director M. Adams opportunities to showcase her message without any opposing points-of-view or challenging questions.

Channel 3000’s Madalyn O’Neill even reported on Freedom Inc vandalizing MLK Boulevard by painting the message ‘defund the police’ directly on the pavement, but did not mention this violated a city ordinance requiring a fine between $100 and $1000.

Throughout these stories, Adams was always presented as civil and measured.

“What we are working toward is not only to have unity in what we’re against, but unity on what we are for,” Adams explained on Channel 3000.

WKOW reported her saying, “Considering some of the work that’s happening, yes, I am optimistic and encouraged that we will be able to begin to dig at the root of some of these hundreds of years old systems that cause harm to black folks.”

This is a very different M. Adams from the one that yelled in front of the City County Building on June 1st, “You stop murdering black people and your glass will be safe!”

Dahnweih expanded on that idea during a Zoom meeting, when she explained, “Right now, our youth are engaged in active rebellion that has been framed by violence and looting. What we demonstrated is the only violence on state street has been the police releasing tear gas, intimidated them. If the police weren’t around, there wouldn’t have been violence. We value human life over property. Whatever was stolen can be replaced, glass can be replaced. Black lives can’t.”

However, it seems no matter how direct BLM groups are with their messaging, news outlets and public officials are determined to provide them with cover – whether they want it or not. 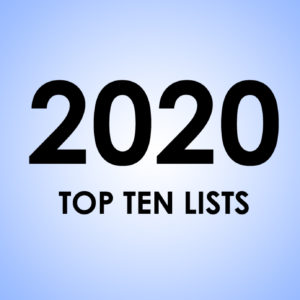