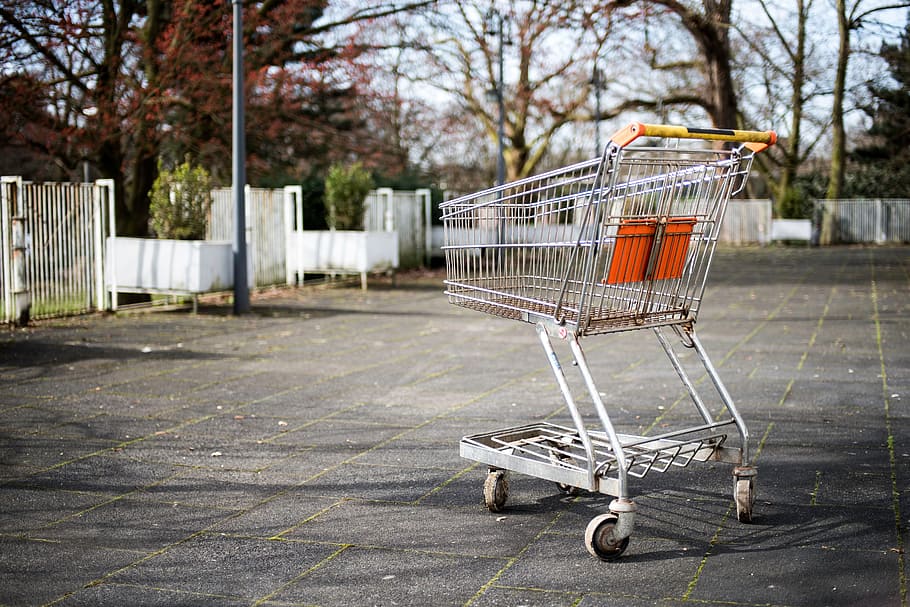 When you go shopping, do you return the cart to its corral in the parking lot?  Be honest: Do you?  Every time?  Even when it’s pouring rain and the kids are screaming at each other and you just want to get home before the ice cream melts?

The “Shopping Cart Theory” posits that an individual’s moral character and capacity for self-governance faces its ultimate test in supermarket parking lots.

“To return a shopping cart is an easy, convenient task and one which we all recognize as the correct, appropriate thing to do,” posted an anonymous Reddit user who is credited with creating the theory.  “To return the shopping cart is objectively right. There are no situations other than dire emergencies in which a person is not able to return their cart.

“Simultaneously, it is not illegal to abandon your shopping cart.  Therefore, the shopping cart presents itself as the apex example of whether a person will do what is right without being forced to do it.”

The shopping cart, therefore, “is what determines whether a person is a good or bad member of society.”

Some people, however, don’t.

They will not obey the law or behave in what society deems to be an appropriate manner unless there is the potential for punishment for deviant behavior.  This understanding has underpinned the social construct since the dawn of civilization.

Only now, after the in-custody death of George Floyd in Minneapolis sparked massive protests and riots across the country, has there been a serious (allegedly) movement to not only defund police departments, but eliminate them altogether.

From the Code of Hammurabi to the Ten Commandments to the Corpus Juris Civilis to the English Court of Common Pleas, human beings have lived under one form of universally understood Rule of Law since human beings first started living with one another.

To have a Rule of Law is to have a mechanism for enforcing it since, as in the parking lot, sometimes people just don’t feel like behaving in a socially acceptable manner.  This mechanism is a police force.

The Code of Hammurabi introduced the concept of “eye for an eye” justice.  Caesar Augustus created the Vigiles Urbani (“Watchmen of the City”) to patrol the streets of ancient Rome.  England in the Middle Ages had constables responsible for keeping the peace.

In the thousands of years of recorded history, it has always just been accepted that some members of society simply will not obey the law unless there is an enforcement mechanism.  Long before shopping carts were invented, humans intrinsically understood that there will always be those who won’t return shopping carts unless they fear the consequences of failing to do so.

Only now, after the in-custody death of George Floyd in Minneapolis sparked massive protests and riots across the country, has there been a serious (allegedly) movement to not only defund police departments, but eliminate them altogether.

“Not only do we need to disinvest the police, but we need to completely dismantle the Minneapolis Police Department,” screamed Minnesota Congresswoman Ilhan Omar during a protest this week.  “The Minneapolis Police Department is rotten to the root, and so when we dismantle it, we get rid of that cancer and we allow for something beautiful to rise.”

What that might be is anyone’s guess since the “Defund the Police” movement isn’t exactly filled with intellectual heavyweights.

“Do you understand that the word ‘dismantle’ or ‘police-free’ also makes some people nervous?” CNN anchor Alisyn Camerota asked Minneapolis City Council President Lisa Bender, who led members in pledging to eliminate their police force. “For instance, what if in the middle of the night my home is broken into, who do I call?”

“Yes. I mean, I…I hear that loud and clear from a lot of my neighbors,” Bender answered. “And I know and…and myself, too, and I know that that comes from a place of privilege.”

There is no actual evidence supporting the contention that police officers are racist murderers and thus need to be taken off the streets.

Sheer stupidity of the “Defund the Police” movement’s leaders aside, to have a credible case to eliminate police departments, they must make a compelling case that they are indeed “rotten to the root,” as Omar put it.

They are not.  The statistics simply do not support the “Defund” movement’s central tenet: That (usually white) police officers are systematically brutalizing and killing black men and women.

Each year, there are an estimated 375 million police-citizen contacts in the United States.  This includes traffic stops, 911 calls, and any other incident in which a person might interact with a police officer—as a municipal ordinance violator, criminal suspect, crime victim, or witness.

According to the most recent “Police-Public Contact Survey” published by the Bureau of Justice Statistics in 2018, 6.14 million black Americans and 6.68 Hispanic Americans above the age of 16 had some sort of contact with police in 2015.

Just 3.3 percent of black people and 3.0 percent of Hispanics reported these encounters included “nonfatal threats or use of force” from officers.

Even in those encounters in which there was the use or threat of force in 2015 (the most recent year for which such comprehensive data is available), just 258 out of 201,100 black people were killed—a total of 0.12 percent.  Just 0.084 percent of Hispanics (172 out of 203,100) were killed in encounters that featured the threat or use of force by an officer.

Moreover, the most comprehensive study of police killings ever published (in Proceedings of the National Academy of Sciences last year) studied every single incident that occurred in 2015 and concluded definitively that there is “no overall evidence of anti-Black or anti-Hispanic disparities in fatal shootings.”

“Between 90 and 95 percent of the civilians shot by officers in 2015 were attacking police or other citizens,” the study found.  “90 percent were armed with a weapon.”

This means that just 94 people out of the 53.5 million who had any contact with the police in 2015 were killed.  That’s a 0.00017 percent chance of being killed by police while unarmed!

While it does happen, it is exceedingly rare, and as a 2016 Harvard University study also concluded, there were “no racial diﬀerences in either the raw data or when contextual factors are taken into account” and “no racial bias” on the part of officers who use deadly force.

“It is the most surprising result of my career,” said the study’s author, Roland G. Fryer Jr. in an unintended admission regarding the role of media hype in crafting the “out-of-control racist police officers” narrative.

There is no actual evidence supporting the contention that police officers are racist murderers and thus need to be taken off the streets, and there are thousands of years of history demonstrating the necessity of law enforcement for the effective functioning of a civilized society.

Police officers are and have always been needed to protect society from them.