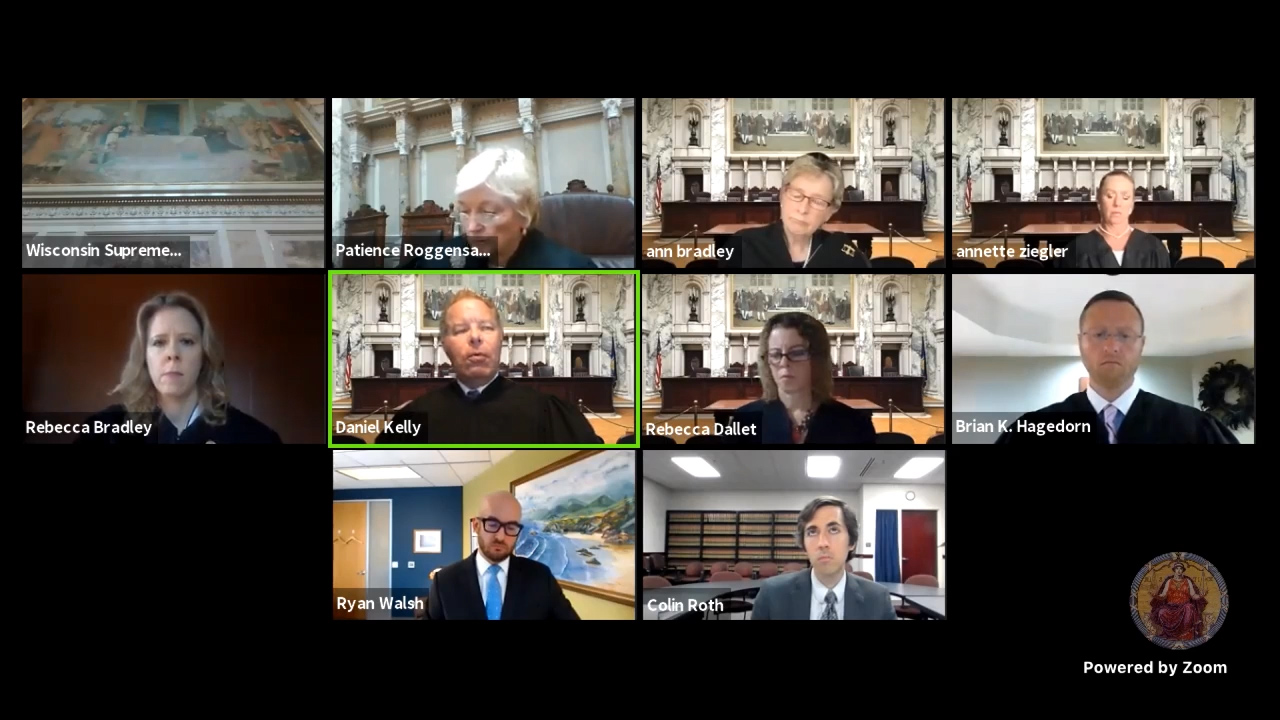 The 4-3 decision went into effect immediately, and means no one can be punished for not obeying Palm’s illegal order. However, schools will remain closed.

Justice Rebecca Bradley explained, “In issuing her order, [Palm] arrogated unto herself the power to make the law and the power to execute it, excluding the people from the lawmaking process altogether.”

Palm issued Safer at Home on her own authority that imposed criminal penalties on anyone who violated it. The legislature filed a lawsuit directly with the State Supreme Court arguing she did not have the authority to do that. It was suspicious that she was the one who issued it, after the Administration determined even Gov. Evers’ did not have that kind of authority.

The Court concluded that Safer at Home was most certainly a “rule” because state law defines a “rule” as having “a general application that has the force of law.” An “order,” on the other hand, describes a “binding decision applying to a specific person or situation.”

Safer at Home applied to every individual and organization in the state and could be punished by a $250 fine and/or 30 days in jail. For Chief Justice Patience Roggensack and Justices Annette Zeigler, Rebecca Bradley, and Dan Kelly it was an easy call.

“We further conclude that Palm’s order confining all people to their homes, forbidding travel and closing businesses exceeded [her] statutory authority,” Chief Justice Patience Roggensack wrote in the decision.

However, the Evers Administration could still pursue a statewide lockdown, albeit using the emergency rulemaking process. That would bring the legislature into the mix, but with a somewhat limited role.

The emergency rulemaking process takes about two weeks. It would start with the Evers Administration submitting a “proposed scope” to the legislature. That would then automatically be published in the Administrative Register the following Monday. Then it would sit for 10 days. After that, it would automatically go into effect without any legislative approval.

If the Evers’ Administration submits a rule this week, it would be published in the Administrative Register on Monday, May 18th. The emergency rule would then go into effect on Friday, May 29th.

At that point the legislature’s Joint Committee for Review of Administrative Rules (JCRAR) could intervene by suspending the emergency rule or portions of it. The Evers Administration could then start the process over from the beginning.

However, that is the extent of the legislature’s power to shape an emergency rule by force. Lawmakers would have to come back into session and pass a bill to implement their own plan. Since Republicans lack a veto-proof majority, the governor would then have to sign that bill.

If JCRAR choose not to intervene, the emergency rule would be in effect for a maximum of 150 days. DHS could then request for the legislature to extend it for another 120 days.

So far during this current public health emergency, the Evers Administration has had four emergency rules approved through this process.

Justice Brian Hagedorn disagreed with the ruling, argued that the “order” was not a “rule” because it applied to a “specific factual circumstance” and did not seek “general application.” Besides that, Hagedorn said the legislature did not have standing to demand DHS follow the rulemaking process because it was not “injured by the enforcement action.”

Throughout its defense, the Evers Administration argued that Andrea Palm had the power to issue the Safer at Home order, because the legislature gave her that power in state statutes. Hagedorn agreed.

“The legislature may have buyer’s remorse for the breadth of discretion it gave to DHS in Wis. Stat. § 252.02. But those are the laws it drafted; we must read them faithfully whether we like them or not,” he wrote.

Although the case did not challenge the constitutionality of Safer at Home, that became a major theme throughout the oral arguments and opinions. Justice Rebecca Bradley said the legislature can’t confer power that it doesn’t have.

“I think there is a constitutional problem with the legislature giving away this much power to an unelected cabinet secretary. The people never consented to a single individual having that kind of power,” Bradley said during oral arguments. “Isn’t it the very definition of tyranny, for one person to order people to be imprisoned for going to work among other ordinarily lawful activities? Where does the Constitution say that’s permissible?”

It’s also unclear what actions local officials might take to impose their own lockdown orders, now that the Evers’ Administration’s illegal lockdown order has been struck down. Dane County, for example, has already extended its Emergency Declaration until July 15th.