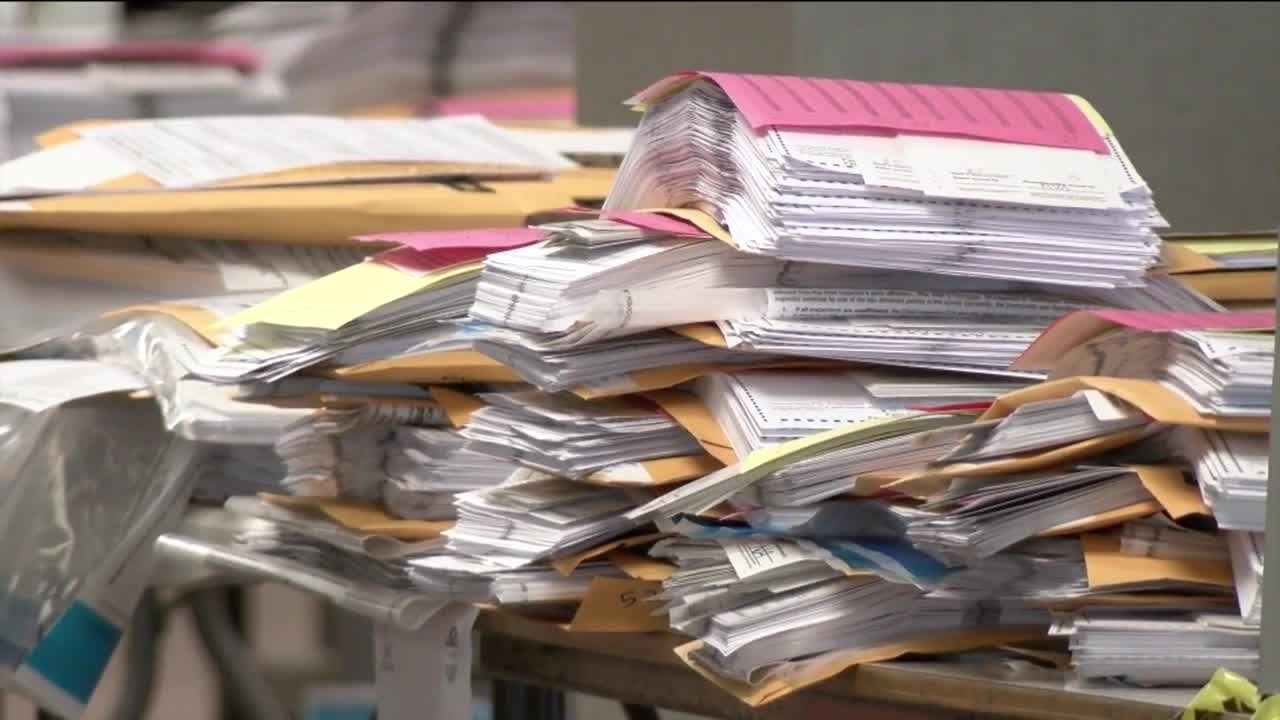 A new report on Wisconsin’s Spring Election proves that mail-in voting causes chaos and disenfranchises voters. So why do so many Democrats want more of it this November?

For weeks, Wisconsinites were assured that holding in-person voting during last month’s Spring Election would cause a massive spike in Coronavirus cases, hospitalizations, and even deaths.

“This thing in Wisconsin was one of the most awful things I’ve ever seen in my life,” veteran Democratic Party strategist James Carville said on MSNBC on Election Night.  “Just the extent they’ll go to to hold on to power.  It was all about one Supreme Court seat in Wisconsin.  They will kill people to stay in power, literally.”

Only they literally didn’t.  There was never a post-election spike, and the fear-mongering about in-person voting was proven to be nothing more than hysterical theatrics.

Thousands of people weren’t infected, hundreds weren’t hospitalized, dozens weren’t killed, and no one was disenfranchised because they couldn’t access a polling place.

What actually did disenfranchise several thousand Wisconsinites was the very thing that was demanded to replace in-person voting: Vote-by-mail.

Upwards of 3,000 voters in Fox Point, Milwaukee, and the Appleton/Oshkosh area could not exercise their right to cast a ballot because of the problems associated with mail-in voting.

The Wisconsin Election Commission’s report on the Spring Election found that the morning after Election Day, a United States Postal Service official reported that workers “had located ‘three tubs’ of absentee ballots for the Appleton/Oshkosh area and that the ballots were being processed. The official was unable to confirm how many ballots were in the three tubs but stated that ‘it could be quite a lot’ as they were large two-handled tubs.”

In the City of Milwaukee, “2,693 ballots generated after 10:42:32 p.m” on March 22nd were never sent to voters because their production “overlapped with maintenance on a known server issue” to the Milwaukee Election Commission’s WisVote computer system.

“Of the affected voters, 52.5% voted in the election either on a replacement absentee ballot or at the polls on election day,” the WEC report concluded.

This means that 1,414 people in Milwaukee did not vote and were thus disenfranchised.

For two straight weeks in Fox Point, meanwhile, “absentee ballots that were supposed to be mailed to Fox Point residents were repeatedly returned to the Fox Point Village Hall by the post office before reaching voters.”

“The village reported receiving anywhere from 20 to 50 of these returned absentee ballots per day two weeks ahead of the election,” the WEC report found.  “In the week prior to the election, 100 to 150 ballots per day were returned to the village. On the morning of Election Day, Fox Point Village Hall received a plastic mail bin with 175 ballots.”

Neither Fox Point nor WEC officials ever determined “how many voters were affected by the undelivered ballots.”

Neither election officials nor the Postal Service could seamlessly handle a little more than a million mail-in ballots last month.  How exactly will they deal with an 80% increase?

Upwards of 3,000 voters in Fox Point, Milwaukee, and the Appleton/Oshkosh area, then, could not exercise their right to cast a ballot because of the problems associated with mail-in voting.

Naturally, Democrats across Wisconsin now want to expand mail-in voting for November’s Presidential Election or even conduct the election entirely by mail over fears of a second wave of Coronavirus this fall.

In fact, a federal lawsuit filed by several liberal groups on Monday is demanding that every one of Wisconsin’s voters be mailed an absentee ballot.

This, presumably, would include the 200,000 names that the Wisconsin Election Commission is legally required to remove from the voter rolls but has thus far refused to do so.

How easy would it be to request and fill out a ballot for someone that the requester knows has moved out of the state and thus would likely never check if his name was still being used to vote in Wisconsin?

This potential is why the bipartisan Commission on Federal Election Reform, which was co-chaired by former President Jimmy Carter, determined in 2005 that “absentee ballots remain the largest source of potential voter fraud.”

In 2018, that potential became reality when a Republican operative working on behalf of Republican congressional candidate Mark Harris was indicted for allegedly “scheming to illegally collect, fill in, forge, and submit mail-in ballots from voters in two rural North Carolina counties.”

The bipartisan Commission on Federal Election Reform, which was co-chaired by former President Jimmy Carter, determined in 2005 that “absentee ballots remain the largest source of potential voter fraud.”

Harris won the race, but as a result of this fraud, the North Carolina State Board of Elections ordered the election to be re-contested.  The state’s Republican Party abandoned Harris, who dropped out of the race in favor of Dan Bishop, who eventually won the redo last September.

Democrats in North Carolina still claim the seat was stolen.

Yet the obvious potential for massive vote fraud here in Wisconsin is just one reason why such a big expansion of mail-in voting is a disastrous idea.

Neither election officials nor the Postal Service could seamlessly handle a little more than a million mail-in ballots last month.  How exactly will they deal with an 80% increase?

It won’t.  It will be a chaotic, fraud- and disenfranchisement-filled nightmare.  This isn’t just wild hyperbole: This is well in line with past experiments in mail-in voting on a massive scale.

So why are the same people supposedly so concerned with chaos during last month’s election pushing for what they have to know will be chaos during November’s election?

Because chaos during November’s election is the point.