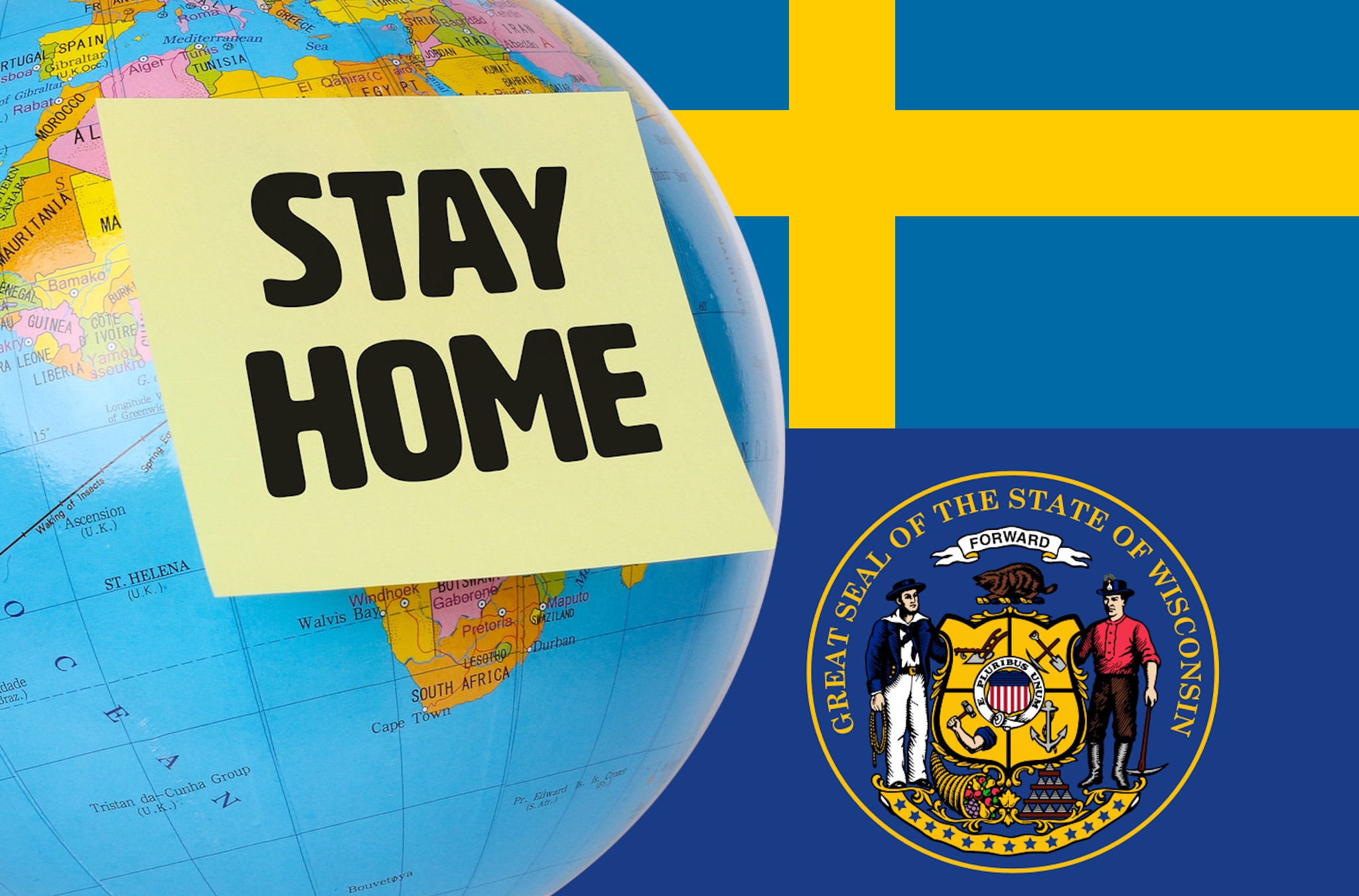 At first glance, the notion of comparing a relatively small midwestern state with a Scandinavian country halfway around the world seems inappropriate. However, when analyzing the demographical makeup of both Wisconsin and Sweden, the comparison is far more compelling than some of the current state-to-state comparisons resulting in the expansion of “Stay at Home” orders.

Returning to demographics, Sweden’s at-risk generation of those 65 years and older amounts to 20% of their total population, while Wisconsin’s 65 years and older population amounts to 17%. Additionally, the median ages of each population are similar, with Wisconsin’s being 39 years, and Sweden’s being 41 years, making both populations relatively young, and thus not overly susceptible to respiratory virus complications. This if, of course, not the case when young people have pre-existing conditions. When analyzing the risks associated with a virus that has a larger effect on the older generations, the average age of the population is significant. 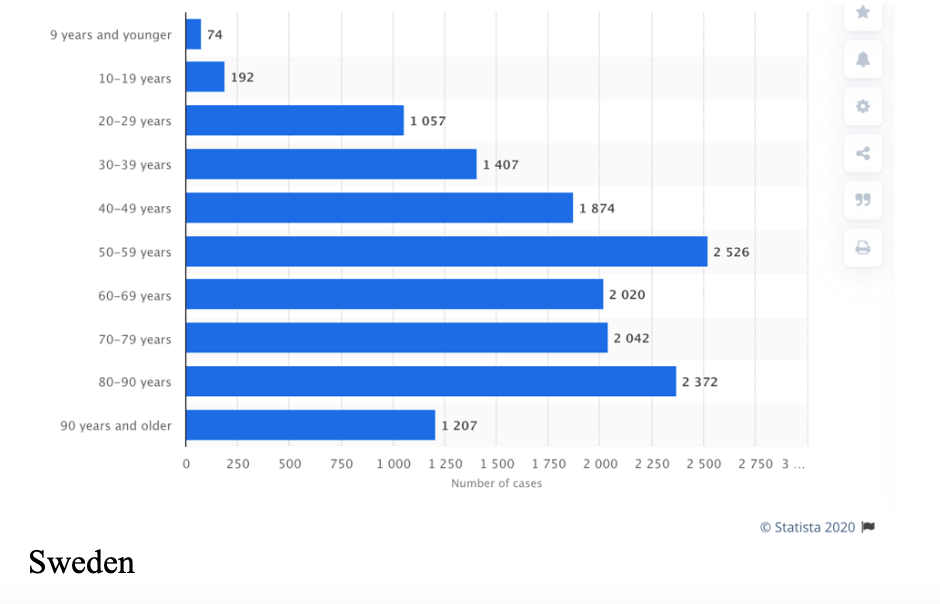 After reviewing the compositions of Wisconsin and Sweden’s four largest cities, the evidence for a laxer implementation of governmental policies is further bolstered. Milwaukee, Wisconsin’s largest city, has an estimated population size of 600,000 people, with a density of 6,156 people per mi2. This most closely relates to Sweden’s 2nd largest city of Gothenburg, with a population of 580,000 and a density of 13,000 per mi2. After reviewing these numbers, the question arose of why a country can, with a greater density in their largest urban environments, make simple social distancing policies work, rather than implementing a stringent Stay at Home order from the beginning of the outbreak. This question cannot be appropriately answered because of the inability of Wisconsin businesses and citizens to resume day-to-day operations. 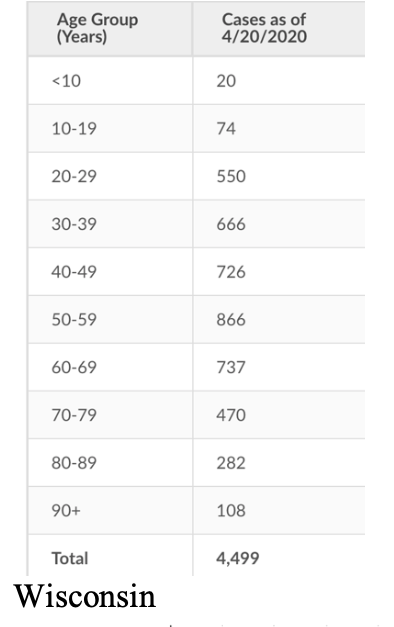 While it is clear to most Wisconsinites what Governor Evers’ original and extended Stay at Home orders entail, Sweden has taken a different approach to the COVID-19 pandemic. Rather than close all restaurants, bars, and common places of gathering, Sweden has implemented policy restrictions to be put into effect by business owners. For example, all food venues may seat guests within restaurants, but tables are to be spaced appropriately to prevent crowding, and individuals must remain seated while consuming beverages and food. Additionally, Sweden’s government has established a blanket ban on gatherings of 50 or more people, thus keeping with social distancing measures that still allow basic day-to-day operations to continue.

As of now, Sweden’s policies seem to be working, and the majority of businesses continue running. The rate of Sweden’s new COVID-19 cases is remaining relatively constant, with a slight edge of increasing cases. However, this increase is nowhere near the dramatic incline seen in countries like Italy who have implemented extreme lockdown measures and have seen a lot of deaths. 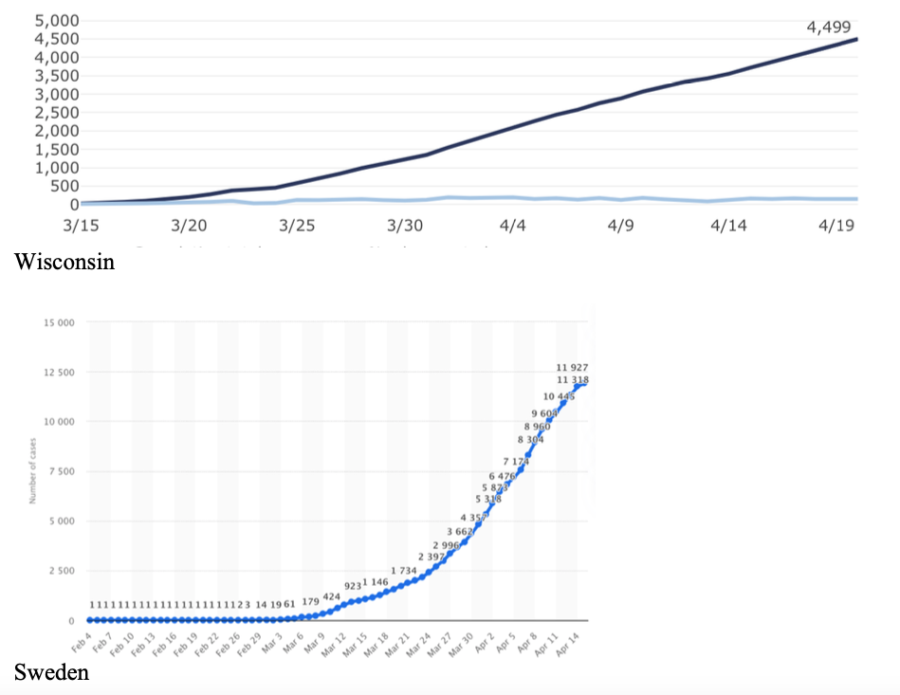 By allowing businesses to employ a common-sense and logical approach in conducting their usual course of business through the means of issuing certain guidelines and policy regulations to promote a safe workplace and limit the spread of the virus, the economy is allowed to function, individuals can go to work, unemployment stalls, and the overarching well-being of society will adapt to a new sense of normalcy. There is no evidence to assume that business owners and individuals will not be responsible in making their workspaces safe for customers and employees, when the exact opposite is shown in countries like Sweden. There is the basic humanistic incentive of employers to provide such environments to further their own monetary gain, and provide for their employees.

This is bolstered by the fact that Sweden’s businesses continue to run; the COVID-19 case and death rate has not skyrocketed; and Sweden’s unemployment is steady at 7.1% for March 2020. For the latest week in April, Wisconsin’s unemployment claims filed amounted to 10 times more claims than from the same week in the preceding year. This number will only increase as businesses are no longer able to stay afloat through the extended Stay at Home order. 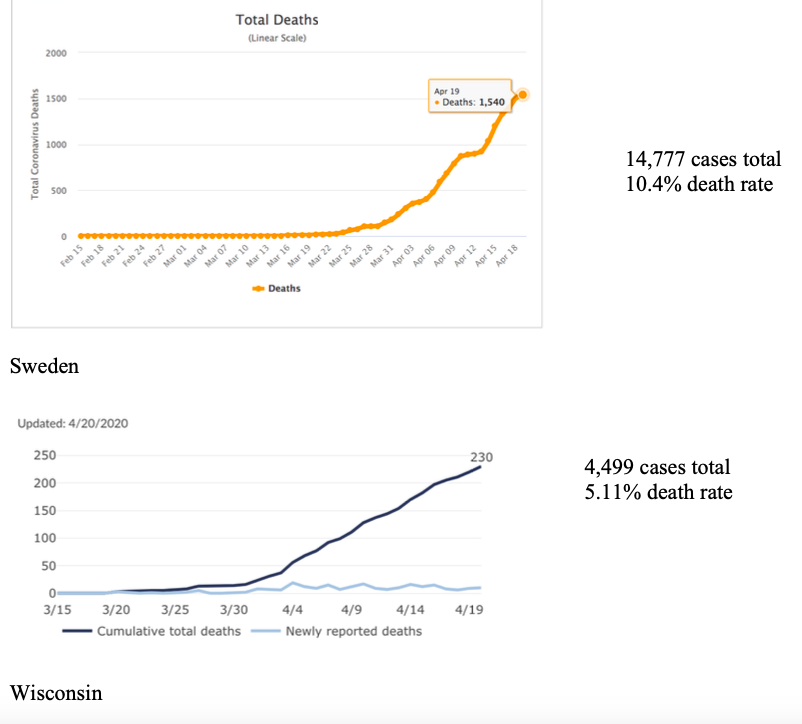 COVID-19 is a respiratory virus. Respiratory viruses, including the distant cousins of COVID-19, i.e. the Flu, H1N1 (Swine Flu), and Severe Acute Respiratory Syndrome (SARS), unanimously hit vulnerable groups such as the elderly, diabetics, and those immunosuppressed. This concept is not new amongst health care professionals or the general public. Basic measures such as implementing proper sanitation regiments, encouraging those especially at risk to socially distance, and to wash your hands help reduce the spread of same. These are also simple concepts that business can and will happily implement in exchange for the State’s allowance of conducting ordinary business.

A common sentiment amongst business owners and those who favor minimal government interference on a general scale, is the belief that the cure cannot be worse than the disease. Through Governor Evers’ extension of the Stay and Home Order, businesses and individuals are being crippled with no opportunity for relief. Sweden has had success with minimal governmental interference on everyday business, while still advocating for social distancing when necessary.

Now that we have the white-paper-esque analysis out of the way, let’s talk about something else that should occur to anyone who has thought through the comparison presented here.

What if we compared what Gov. Evers and acting Secretary Palm has done today to what has been done in the past with SARS1, H1N1, H5N1? How do the mortality rates compare? Did we employ any of the measures that were undertaken even by Sweden? The only answer that we have right now is that, no, we did not employ any social distancing, we did not shut down businesses, and we did not close schools. We did nothing. What happened?

Nothing out of the normal.

The initial projections on all of those viruses were wrong on every level – as they were with Covid-19. The projections on economic and hospital impact and mortality were off by orders of magnitude. The data on Covid-19 now shows the same. Gov. Evers, acting Secretary Palm, and people who follow his logic will say that “it would have been much worse had we not placed everyone in solitary confinement…” That actually is not what Gov. Evers and acting Secretary Palm originally said. They said that it would flatten the curve, but the same number of people would be effected. We would protect the hospitals… Who are laying off and firing staff. Now that the spread of Covid-19 has supposedly slowed down, we have extended the timeline it will take for people to become sick and we have and will continue to destroy people’s lives in the process.

Thomas Sowell has said, “There are no solutions, there are only trade-offs; and you try to get the best trade-off you can get. That’s all you can hope for.” Is this experiment in central planning and solitary confinement of the general public the best trade-off? The resounding answer to this question is logically and scientifically no.

Steve Fettig, Chairman of the John K. MacIver Institute for Public Policy Board of Directors

Steve can be reached at steve@maciverinstitute.com.