Gov. Evers justified his autocratic response with those phony projections

Wisconsin did not hit 22,000 positive cases of coronavirus nor did it reach 440-1,500 deaths on April 8th, as DHS Secretary-Designee Andrea Palm predicted on March 24th.

It took a week for DHS to release the models. Regardless, from day one, it was already obvious from publicly available data, Palm’s nightmare scenario was unlikely. Within a few days, the data showed it was all but impossible. Palm pushed her original narrative until it was obvious to everyone that her original scenario was wrong. However, she still urged the governor to take increasingly autocratic actions.

Not only did he issue emergency orders eliminating the freedom of assembly and free exercise of religion, Evers also attempted to rewrite state law by changing the election date and rewrite the state constitution by extending the terms for local elected offices. He specifically told people to avoid mass gatherings like sleepovers, family dinners, and playdates.

However, Palm’s predictions did not come true.  It would have taken a “doubling time” of 2.5 days for them to come true. That means the total number of cases would have to double every 2.5 days.

However, by Apr. 8th, Wisconsin’s doubling time had slowed to 8 days. On Mar. 31, there were 1,351 positive cases in Wisconsin, and 8 days later, that number had doubled.

Gov. Evers was still making decisions based on a 2.5 day doubling time – something the state hadn’t experienced for over two weeks.

That begs the question – why did the Wisconsin Department of Health Services continue to plug disproven data into its models, and present the phony projections to the public? 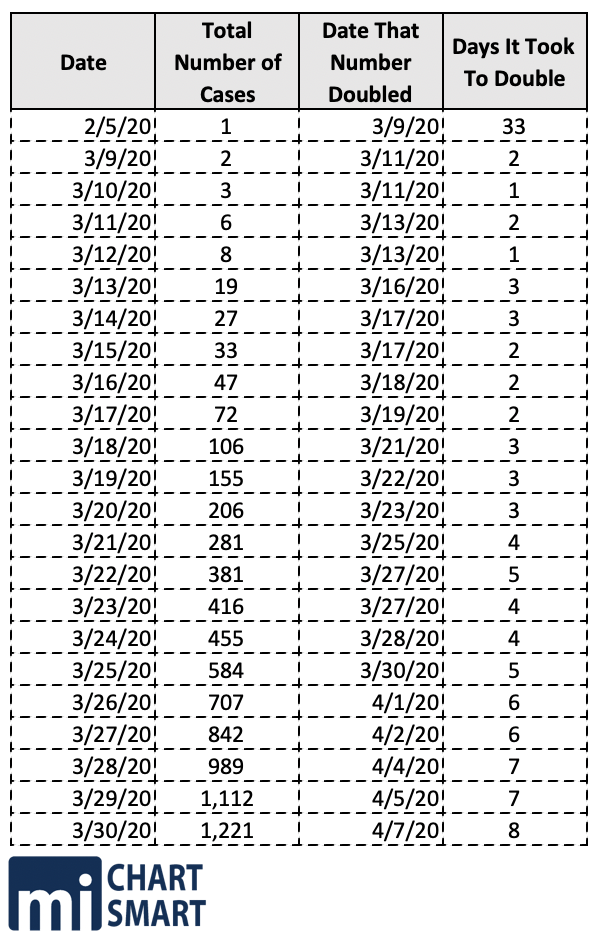