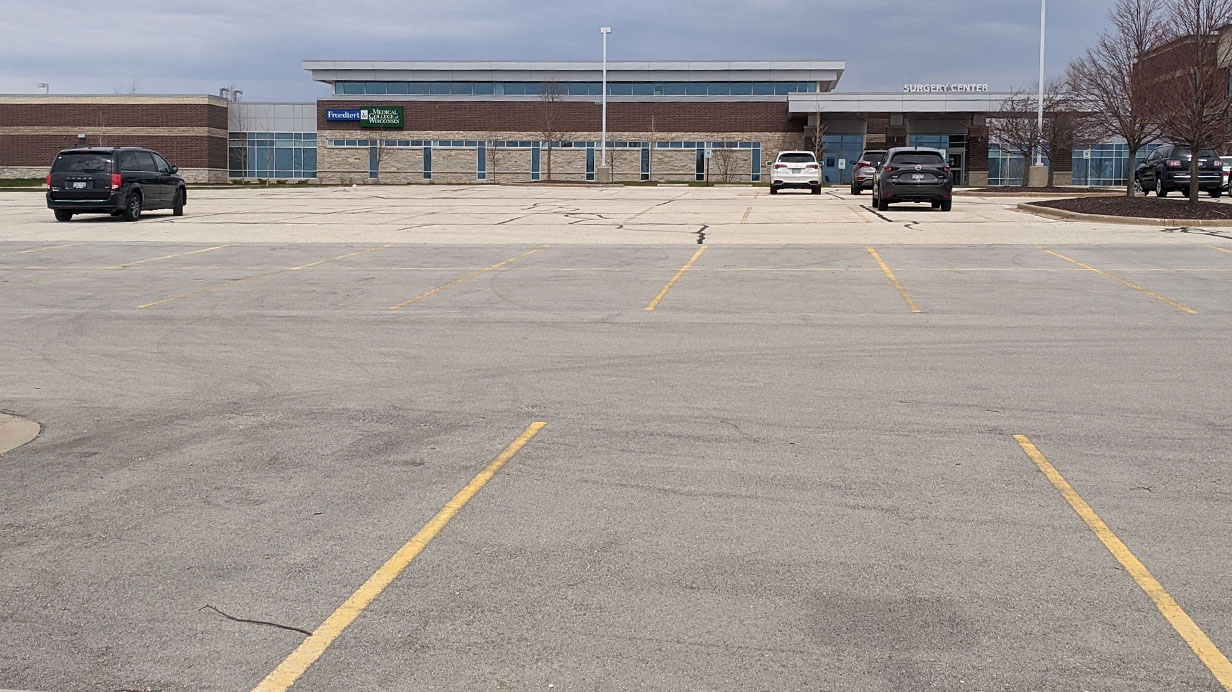 Some Large Hospitals Not Treating A Single Coronavirus Patient

Public health officials warned that when coronavirus cases peaked, the healthcare system would be overwhelmed unless drastic measures were taken immediately.

And so, Gov. Tony Evers declared a public health emergency in Wisconsin on Mar. 12th, when the state only had 8 cases of coronavirus and 0 deaths. State officials had no idea how many cases Wisconsin might have at the peak of the pandemic nor what resources hospitals would need to respond.

Regardless, Gov. Evers issued emergency order after emergency order slowly shutting down the economy and personal freedoms. Evers never told hospitals what they could or could not do, but the healthcare officials independently decided to follow his lead.

On Mar. 17th, when Wisconsin had a total of 72 cases of coronavirus and still 0 deaths, healthcare companies across the state began announcing they were cancelling elective procedures.

Froedtert Health in southeastern Wisconsin, operates five hospitals in Milwaukee, Kenosha, Waukesha, and Washington Counties, as well as dozens of clinics. There were only 32 cases in those counties when Froedtert announced it was suspending non-emergency procedures.

Around that time, Dr. Bruce Campbell at Froedtert saw a throat cancer patient who was coughing up blood, and was scared about coming in.

“He is right to be anxious,” Campbell said. “I had been reviewing my upcoming schedules with the office staff just before my bleeding patient arrived. We had canceled all of my elective surgery to preserve gowns, masks, and gloves and had moved routine clinic visits into the summer to prevent unnecessary viral exposure to patients and staff. All of us are preparing for the worst.”

Also on Mar. 17th, Children’s Wisconsin suspended all “non-time-sensitive surgeries”. FortHealthCare cancelled elective surgeries starting on Mar. 21st. There was only 1 case in Jefferson County when that went into effect.

UW Health, UnityPoint Health, and SSM Health all announced they were postponing non-emergency procedures as well.

Gundersen Health operates in western Wisconsin and has hospitals in Grant, Adams, Vernon, La Crosse, and Trempealeau Counties. There were no cases in those areas when Gundersen announced visitor restrictions on Mar. 17th, and then cancelled all elective and non-essential procedures.

It appears every hospital and healthcare system in Wisconsin made the decision to cancel elective procedures around Mar. 17th, and they soon had the backing of national health experts.

On Mar. 18th, the Centers for Medicare & Medicaid Services (CMS) recommended all healthcare providers in the country delay non-essential procedures.

“As more healthcare providers are increasingly being asked to assist with the COVID-19 response, it is critical that they consider whether non-essential surgeries and procedures can be delayed so they can preserve personal protective equipment (PPE), beds, and ventilators,” according to CMS’ website.

Wisconsin’s healthcare providers were well positioned to deal with the pandemic when it surged in Wisconsin. There are a total of 11,417 hospital beds in the state, 1,434 ICU beds, and about 1,500 ventilators.

When providers announced their decision to scale back non-coronavirus treatments, there were only 72 confirmed cases in Wisconsin. The Wisconsin Department of Health Services (DHS) was unable to provide hospitalization rates at that time. Since then, DHS has reported that 29 percent of coronavirus patients in Wisconsin are hospitalized at some point. As of Apr. 17th, there were only 361 coronavirus patients in hospitals throughout Wisconsin.

The need for hospital space is unlikely to grow any greater. According to the Institute for Health Metrics and Evaluation (IHME), Wisconsin hit its peak resource needs on Apr. 11th.

WI DHS reported 154 new confirmed infections of the #coronavirus today, for a state total of 3,875 diagnoses. 1,121 infected (29.0% of diagnoses) have required hospitalization, 197 infected (5.0% of total diagnoses) have died from the virus. pic.twitter.com/m2djXfS2XB

By all indications, the decision to cancel all elective procedures throughout the state was premature. There were some voices right from the start that warned against healthcare providers taking that blanket approach.

“It is not possible to define the medical urgency of a case solely on whether a case is on an elective surgery schedule,” the American College of Surgeons wrote on Mar. 17th. “Given the uncertainty regarding the impact of COVID-19 over the next many months, delaying some cases risks having them reappear as more severe emergencies at a time when they will be less easily handled.”

There were also economic consequences to those decisions. Gundersen Health closed four clinics from Mar. 25th to Apr. 13th, and reduced hours of operation at 19 other locations. All of its hospitals and clinics had seen a 40 to 80 percent drop in business because of its decision to cancel elective procedures. On Apr 7th, Gunderson announced it would be furloughing and reducing hours for staff across its system. At that time, there were only 28 total cases in the five counties where Gundersen has hospitals.

“Specific numbers of staff who will be impacted by furloughs and reduced hours are not yet known. Gundersen will support impacted staff with all available resources,” Gunderson explained on its website. “This decision will allow Gundersen to address the financial stress created by coronavirus disease 2019 (COVID-19) and direct essential services and resources to an anticipated increase in COVID-19 care and treatment needs.”

Marshfield Clinic announced furloughs on Apr. 8th. Its hospital in Beaver Dam had no coronavirus patients as of Apr. 16th, and there were only 20 coronavirus patients in all of Dodge County. There are a total of 66 cases in the seven counties where Marshfield has hospitals. Its flagship is in Wood County, where there hasn’t been a new case in over three weeks.

15 counties in WI have gone a week or more since their last recorded new case of #COVID19 (23.1% of the 65 counties with known cases). Among them, Wood County hasn’t seen a new case in 20 days, Pierce in 17. @VickiMcKenna @DanODonnellShow @JayWeber3 pic.twitter.com/b0odYcjn7s

UnityPoint Health announced on Apr. 21, it was cutting pay for doctors and executives by 15 percent, reducing hours, implementing furloughs and other salary reductions.

During the first month of its decision, UW Health postponed 5,800 surgeries and procedures, and its daily census dropped from an average of 600 to 300 patients, according to a story in the State Journal. It expects to lose up to $400 million in revenue by the end of June. And so, UW Health announced on Apr. 21, vice-presidents’ pay would be cut by 20 percent, doctors by 15 percent, and other leaders by 10 percent through June. That is expected to reduce losses to $200 million.

The total number of healthcare workers in Wisconsin affected by furloughs is unknown. Hospital executives won’t say how many employees have been furloughed, and because hospitals are non-profits, there is no requirement to report those numbers to the state. However, those furloughed employees still qualify for unemployment insurance benefits.

Fortunately, this situation is unlikely to continue. The “surge” never really materialized and public health officials believe the curve has flattened.

National experts are already advising healthcare providers across the country on how to resume normal operations including elective procedures.

At the moment, however, Wisconsin healthcare providers seem to be continuing with the shutdown of almost all non-COVID-19 care. As the state’s coronavirus numbers continue to improve, it will be difficult to continue justifying that decision.