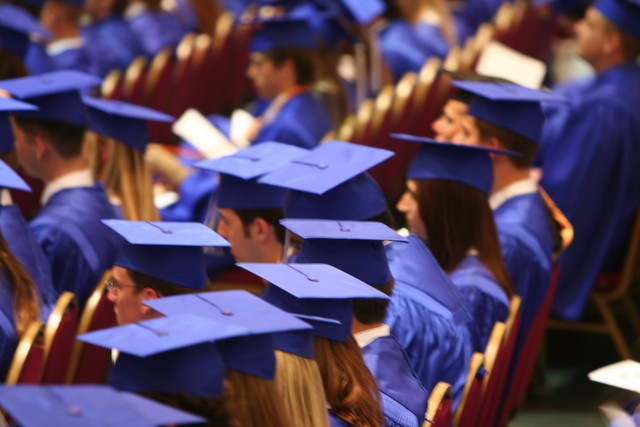 A new report shows that students from 186 Wisconsin high schools were required to take remedial math or English when they entered the UW System as freshmen in the fall of 2018.

The UW System report tracks the number of students from each Wisconsin high school who were required to take remedial math, English, or both. 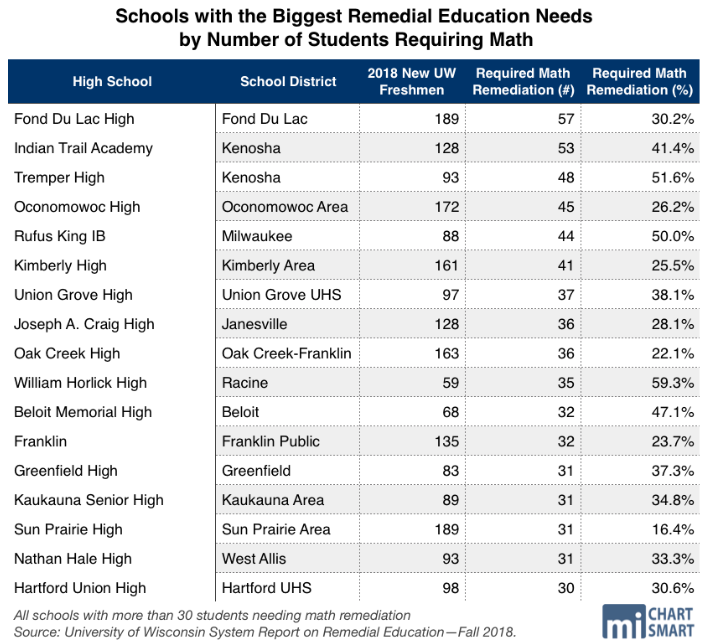 Students taking remedial classes at the UW system pay full tuition for the courses but receive zero college credit. The classes do not count toward degree completion and students must pass them before moving on to regular coursework.

The UW System enrolled students from 16 schools where 50 percent or more of the students required remedial math, an uptick from 11 schools in 2017. Of those 16 schools, five are in the Milwaukee Public Schools (MPS) district, the largest district in the state. Milwaukee Collegiate Academy had the largest percentage of its graduating class needing math remediation, with 11 out of 12 (91.7 percent) needing the classes.

44 high schools earned the highest marks on last year’s state report cards. 25 of those schools appear on the latest remedial education report, showing that students at well-ranked schools are not prepared for college.

Fond Du Lac High School sent the most individual students to the UW System needing remediation. Out of the 189 Fond Du Lac graduates beginning at UW in the fall of 2018, 57 needed remedial math classes, a rate of 30.2 percent. Twenty-two of those students, or 11.6 percent, also needed English remediation.

According to U.S. News and World Report, the best high school in the state, Cedarburg High School, sent 11 students to UW needing help in math. 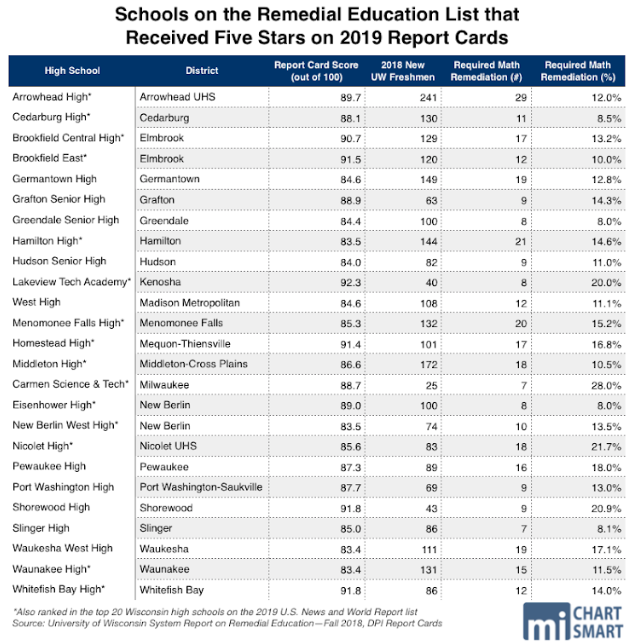 A clear disconnect exists between official rankings and student readiness for life after high school. Students who attend the supposedly best high schools in the state arrive at UW schools behind their peers, requiring help with basic mathematics.

MPS topped the list with 11 schools. Carmen High School of Science and Technology is the district’s only five-star school, and U.S. News ranked it second on its list of best high schools in the state. Seven of Carmen’s 25 UW students required math remediation, a rate of 28 percent. Of the MPS schools, Milwaukee High School of the Arts sent the highest percentage of graduates needing remediation, 63.6 percent.

Vincent High School and Riverside University High School were the only MPS schools that graduated students who needed English remediation in addition to math. Fifteen students between the two schools needed extra English help and 36 students needed additional math work. 43.8 percent of students from Vincent needed English remediation and half struggled with math. The school received a failing grade on Wisconsin’s 2019 report cards.

Some schools outside of Milwaukee also struggled to adequately prepare students for both subjects. Out of 186 schools on the remediation list, 36 schools appear for both English and math remediation.

The report follows a 2015 law championed by Rep. John Jagler (R-Watertown), which required the System to publish information on which Wisconsin high schools have the biggest issues in preparing their graduates for college. Schools only appear on the list if six or more of their graduates need remediation at the UW. 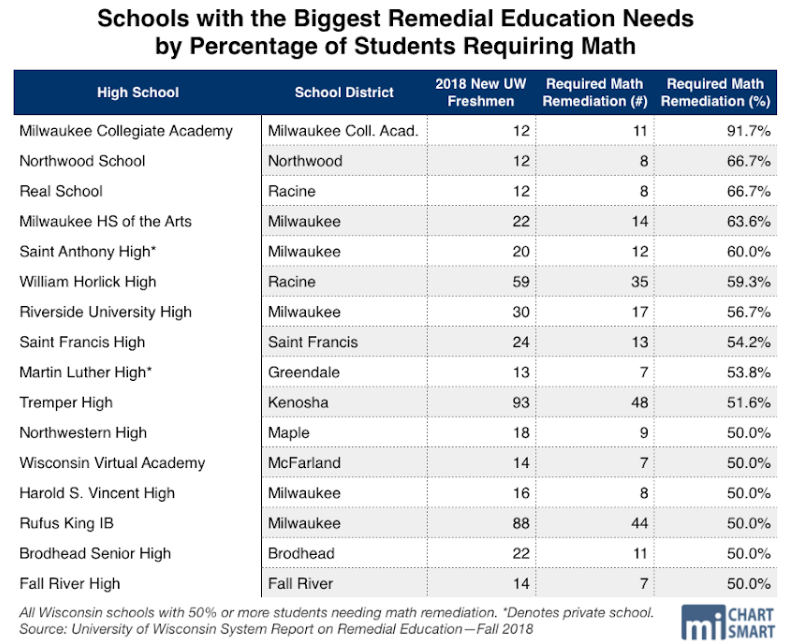 With college affordability a hot topic these days, this report provides crucial data for discussion. The problem of remediation shows that the “necessity” of college, and its cost, for all students should be part of the education discussion, too.

Sadly, statistics show that many of the students requiring remediation simply will not finish college, or will take more than four years to attain a degree. Still, these students will pay thousands of dollars for remedial classes while receiving zero college credit.

When high schools fail to adequately prepare students for college, families across the state pay dearly. The remedial report demonstrates that remedial students are coming from relatively well-ranked schools—at least according to the official rankings. In reality, many students are graduating from high school, supposedly ready to take college courses, but are simply not prepared to achieve the basic standards of a UW degree.