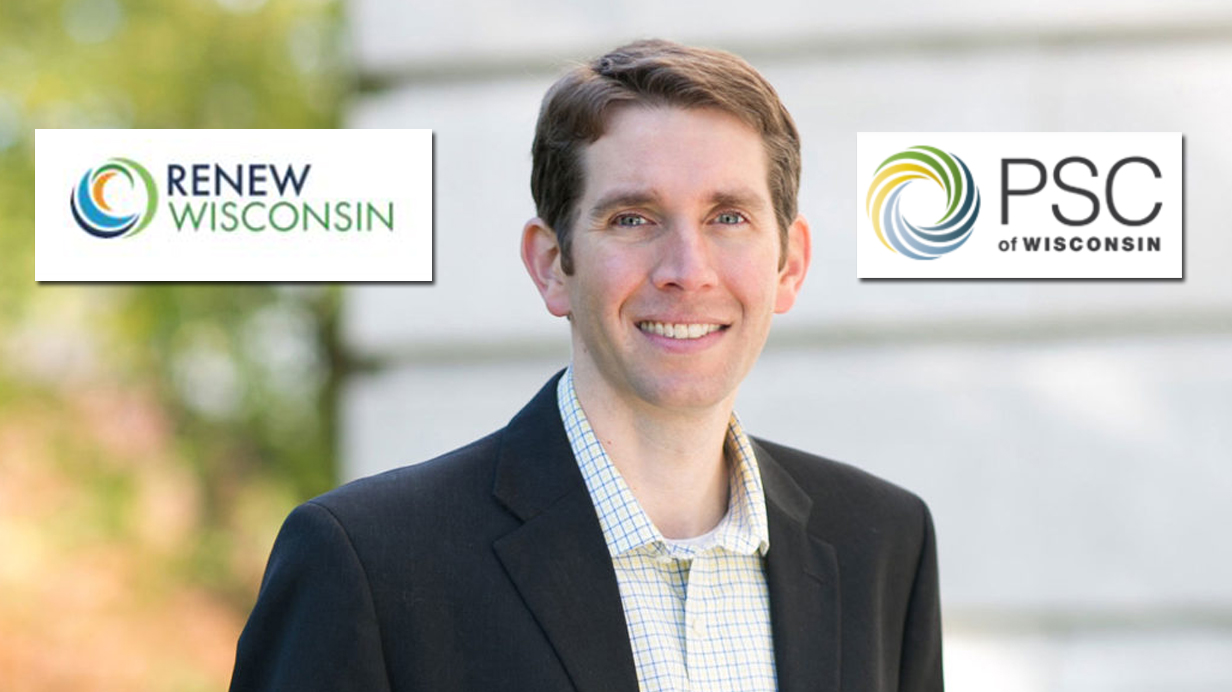 Some might say Tyler Huebner faces an ethical decision during his first week with the Public Service Commission (PSC) that could mean a nice payday for one of his former partners. The PSC, on the other hand, says it’s not an issue.

Gov. Evers appointed Huebner to replace Mike Huebsch on the PSC, who resigned on Feb. 3rd. Most recently, Huebner was the executive director of Renew Wisconsin, where his duties included “promoting the use and improving accessibility of renewable energy in Wisconsin,” according to Evers’ press release.

Renew Wisconsin is a non-profit that lobbies for policies that support renewable energy. It operates as a coalition and has dozens of “Business Members,” including the law firm Pines Bach LLP.

The state made that decision on July 8, 2019. At that time, Pines had only done about $2,000 worth of work on Clean Wisconsin’s case. However, the reduced grant amount did not deter the law firm from plowing forward at $250 an hour.

The PSC was originally scheduled to make a decision about that on Thursday, Mar. 12th. However, that meeting was cancelled, and the matter is now scheduled for Mar. 19th.

At that point, Tyler Huebner will be a voting member of the PSC, and will have the ability to vote on a item that has a direct financial impact on one of his former members. The PSC told the MacIver News Service that’s a non-issue.

“As of March 17, 2020, Commissioner Huebner no longer has any association with RENEW and has no financial or other pecuniary interest in RENEW.  While Commissioner Huebner was at RENEW, RENEW was not a party to docket 9698-CE-100 which is the underlying docket at issue in the item you noted.   Accordingly, neither Wis. Stat. 19.46(1)(a) nor other considerations require him to recuse or disqualify himself from participating in an item that may, prospectively, impact RENEW or one of RENEW’s members, especially where RENEW was not even involved in said matter while he was there,” Matthew Sweeney, PSC PAO, explained to MNS.

Huebner has already recused himself from 30 cases, but has specifically not recused himself from nine others. RENEW is either currently or expected to become involved in those nine. Huebner says they are not contested cases and he “has not prejudged the merits of the request in those dockets.” However, his former organization apparently has very strong opinoins on them.

“RENEW and its members have a substantial interest that will be affected by a decision in this proceeding and so are entitled to intervene as a matter of right. See Wis. Stat. § 227.44(2m); Wis. Admin. Code § PSC 2.21(1). As set forth above, RENEW’s membership includes privately held renewable energy providers, wind and solar development companies, electrical contractors, solar installation companies, and construction companies, all of whom have a stake in continued investment in and commitment to renewable energy and electrification in the state. Because the outcome of this proceeding could help shape electric vehicle charging options and residential program policies, these members will be directly impacted by any decision rendered in this proceeding. Similarly, ongoing and future development of renewable energy and electric vehicle projects are the core mission of RENEW (and the entirety of its membership), so it is likewise affected by the outcome of this proceeding,” according to RENEW’s Request for Intervenor Status in one of the cases.

Given the volume of PSC cases involving renewable energy and Huebner’s intimate relationship with that industry, he is sure to come under constant scrutiny over his potential conflicts of interest throughout his time serving on that commission.