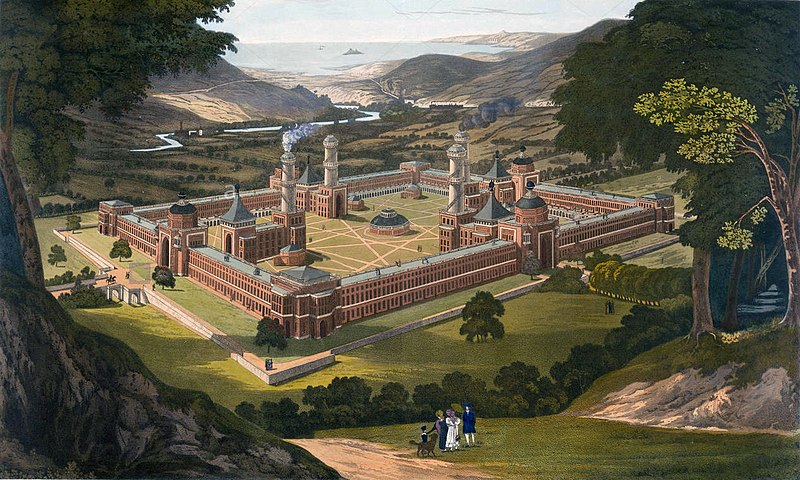 Dan O’Donnell tells the tale of the first socialist utopia in America and the lesson it offers for today.

The tiny village of New Harmony, Indiana is something of a Midwestern utopia—a beautiful slice of small-town Americana on the banks of the Wabash River.  A tree-lined main street evokes the memory of a simpler time in this country’s history when folks could leave their doors unlocked, neighbors were best friends, and everyone worked together for the common good.

In that simpler time 195 years ago, New Harmony was a literal utopia where people really did work together for the common good in what is considered to be the United States of America’s first socialist community.

On April 27th, 1825, British industrialist Robert Owen purchased New Harmony from a religious community with grand plans to turn it into what he called “a new moral world.”

“There is but one mode by which man can possess in perpetuity all the happiness which his nature is capable of enjoying,” he wrote, “[and] that is by the union and co-operation of all for the benefit of each.”

This spirit of cooperation in Owen’s utopia would prove his theory that “society may be formed so as to exist without crime, without poverty, with health greatly improved, with little, if any misery, and with intelligence and happiness increased a hundredfold; and no obstacle whatsoever intervenes at this moment except ignorance to prevent such a state of society from becoming universal.”

The wealthy, he argued, “take pride…[in depriving] the great mass of mankind of the most essential benefits that belong to human nature.”  If those benefits were shared equally among the masses, though, then a community could live together in, well, harmony.

Owen addressed Congress and outlined his beliefs to anyone who would listen in Washington, D.C., eventually attracting hundreds of leading thinkers, artists, scientists, and workers to help him create a “superior social, intellectual and physical environment.”

It was, as Owen put it, the perfect model of “utopian socialism.” And it failed less than a year later.

This would be a “community of equality” unlike any the country had seen before.  Each of New Harmony’s 800 residents would contribute their unique talents and share in the bounty that they were sure to produce together.

Only they didn’t. Almost immediately, Owen recognized that his grand community was “chaotic.”  Its residents lacked the motivation to work, while its government was unable to manage even the town’s one general store.

“[E]ven salads were deposited in the store to be handed out,” one New Harmony resident wrote, “making 10,000 unnecessary steps [and] causing them to come to the tables in a wilted, deadened state.”

His utopia was quickly collapsing around him, but Owen—ever the idealist—was undeterred.  On July 4th, 1826—the 50th anniversary of the signing of the Declaration of Independence—he delivered what he termed the “Declaration of Mental Independence.”

“I now declare to you and to the world that man up to this hour has been in all parts of the earth a slave to a trinity of the most monstrous evils that could be combined to inflict mental and physical evil upon the whole race,” he said. “I refer to private property, absurd and irrational systems of religion and marriage founded upon individual property.”

None of them existed in New Harmony.  Superstitious religious traditions were laughed at, private property was abolished, and even children were raised by the community instead of in family units.  It was, as Owen put it, the perfect model of “utopian socialism.”

And it failed less than a year later.

The community couldn’t produce enough food to be self-sufficient, primarily because when its hardest-working members realized that they would earn the same benefits as the laziest, they stopped working.  With no new houses being built for the growing community and food shortages becoming an epidemic, homelessness and famine ran rampant until eventually New Harmony’s experiment with socialism ended in March, 1827.

“For by this unjust plan they must of necessity eliminate the valuable members and retain only the improvident, unskilled and vicious.” -Robert Dale Owen

In a desperate bid to save his failed utopia, Owen allowed for individual property ownership and private enterprise, but it was too late: New Harmony collapsed under the weight of its lofty ideals in 1829.

Owen squandered his personal fortune paying off the town’s debts but refused to acknowledge that his vision was a disaster.

“All cooperative schemes which provide equal remuneration to the skilled and industrious and the ignorant and idle must work their own downfall,” he wrote of his father’s utopia. “For by this unjust plan they must of necessity eliminate the valuable members and retain only the improvident, unskilled and vicious.”

America, it seemed, had learned its lesson about socialism even if its first adherent never did.  Socialism failed 195 years ago, so there’s no reason to believe it could succeed today, is there? And obviously, no one would be foolish enough to try, right? Right?