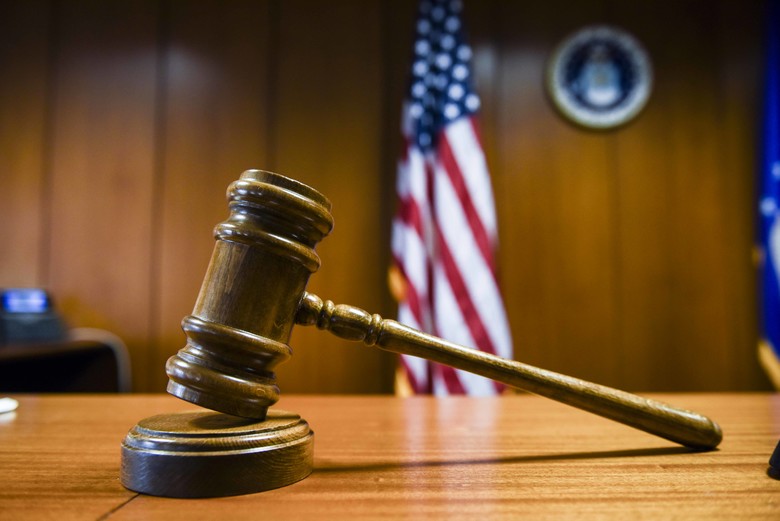 The Wisconsin Election Commission quite literally believes that the law doesn’t apply to it.

It’s one thing for a government bureaucracy to act as though the law doesn’t apply to it; it’s quite another to truly believe it.

To call the Wisconsin Election Commission (WEC) a rogue state agency would be a gross understatement, as it has over the past six months behaved as though it is above the law.  Now it’s even making that argument in court.

In response to a lawsuit from the Wisconsin Institute of Law and Liberty (WILL) over the WEC’s illegal refusal to remove more than 200,000 names from the state’s voter rolls, the WEC claimed that it was not bound by the law at all.

That’s right: An agency of Wisconsin’s government is claiming that Wisconsin law doesn’t apply to it and that it may instead act in accordance with nothing more than its own prerogatives.

The hubris of this is matched only by its stupidity, yet somehow Wisconsin’s Fourth District Court of Appeals accepted this argument and is allowing the WEC to rule its fiefdom without regard for trite peasant concerns like the Rule of Law.

The specific law that the WEC argues doesn’t govern it, Wisconsin Statute § 6.50(03), provides that:

Upon receipt of reliable information that a registered elector has changed his or her residence to a location outside of the municipality, the municipal clerk or board of election commissioners shall notify the elector by mailing a notice by 1st class mail to the elector’s registration address stating the source of the information.

That “reliable information” comes from the Electronic Registration Information Center (ERIC), a multistate voter database that automatically flags a voter as having moved when they put a new address on a government form.  It has a remarkably accurate 95% success rate in identifying these movers.

Once a mover is flagged in the ERIC system, the state must mail a notice to the old address.  If the voter still lives at this address (which is highly unlikely) they have 30 days to inform the state that the ERIC system erroneously flagged them and that they still live and vote at that address.

If they don’t contact the state within 30 days, then it is presumed that ERIC correctly flagged them as having moved and they remain in the database at their new address.

If the elector no longer resides in the municipality or fails to apply for continuation of registration within 30 days of the date the notice is mailed, the clerk or board of election commissioners shall change the elector’s registration from eligible to ineligible status.

This creates a crystal clear mandate that the “clerk or board of election commissioners” remove the name at the old address from the voter rolls the day after the 30-day deadline passes.

The WEC claims that the phrase “clerk or board of election commissioners” actually refers to municipal or county clerks and elections boards (such as the City of Milwaukee Election Commission), and as such local and county election boards are responsible for removing names from the voter rolls.

The law, you see, doesn’t apply to the Wisconsin Election Commission, which has spent months arguing that the plain language of Wis. Stat. § 6.50(03) absolves it of any legal responsibility.

The only problem with this line of thinking is that the Wisconsin Election is the only election board in the state with the authority to maintain the state’s voter rolls.  Local and county boards can’t legally remove names.  Only the WEC can.

Since the passage of 2003 Wisconsin Act 265, municipal and county boards have not been legally allowed to maintain their own voter registration lists.  That law shifted the authority to the state board of election commissioners, which was at the time the Wisconsin Board of Elections.

In 2008, the Board of Elections merged with the Board of Ethics to become the Government Accountability Board, and in 2016, the Government Accountability Board was broken up into the Wisconsin Ethics Commission and the Wisconsin Election Commission.  The responsibility for maintaining the state’s voter registration list became that of the WEC and the WEC alone.

To pretend otherwise by disingenuously claiming that the statute governing said voter registration list is inapplicable is made even more appalling by the fact that the WEC has operated as though Wis. Stat. § 6.50(3) governed its conduct until the exact moment the WEC decided that it wanted to stop obeying the law.

In 2017, the WEC sent notices to voters the ERIC system flagged as having moved and changed their registration to inactive.  Why?  Because, as the WEC itself admitted:

At the March 14, 2017 meeting, the Commission approved staff’s recommendation to follow the statutory process related to voters for whom there is reliable information that they no longer reside at their registration address (Wis. Stat. § 6.50(3)).

The statutory process two years ago was to operate under Wis. Stat. § 6.50(3), but now the WEC believes that the exact same law no longer governs it?  For nearly 17 years, the state’s elections board has had exclusive control of Wisconsin’s voter registration list until this exact moment?  What changed?

Government bureaucracies don’t get to choose which laws they have to follow, and certainly don’t get to determine for themselves that certain laws don’t apply to them.  The WEC, however, is trying to do both.

This isn’t particularly surprising for a rogue agency that clearly believes itself to be accountable to no one, but it is downright stunning that Wisconsin’s Fourth District Court of Appeals could be quite so gullible and downright ignorant of the law as to go along with such nonsense.

“The statutory subpart upon which the circuit court ordered the Commission to deactivate voter registrations of certain persons is based, Wis. Stat. § 6.50(3), does not place any authority in, or duties on the Commission,” Judges Michael Fitzpatrick, JoAnne Kloppenburg, and Jennifer Nashold held.  “In fact, § 6.50(3) does not mention the Commission.”

Such a shallow, superficial understanding of election law in Wisconsin is almost breathtaking coming from an appellate court, and the fact that its ignorance gave a stamp of approval to manifestly unlawful behavior is quite simply unacceptable.

The Wisconsin Supreme Court must step in as soon as possible to correct this gross error in judgement and rein in an out-of-control government agency that quite literally believes itself to be above the law.