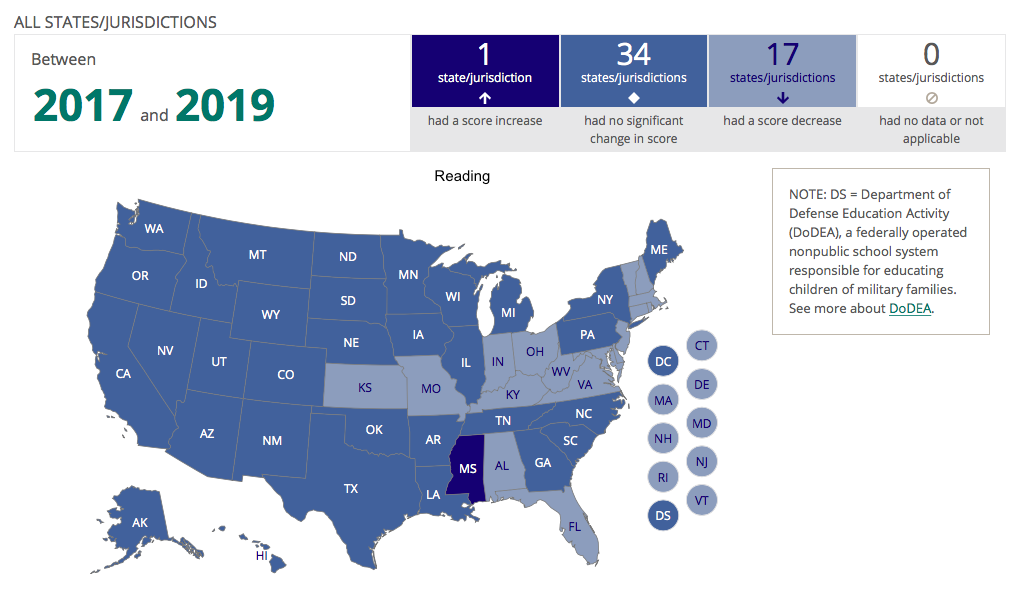 Wisconsin’s achievement gap between black and white students is the second largest in the country, only after the District of Columbia

Achievement gaps for Wisconsin students are second largest in the country, only after D.C.

The results come from a statistically representative group of students across the country who took the National Assessment for Educational Progress (NAEP) exam in the spring of 2019. More than 3,300 Wisconsin students in 4th and 8th grades took the exam. Approximately 296,600 students took the math assessment nationwide, while 294,000 students took the reading assessment.

Wisconsin students were either slightly above or not significantly different from the national average in each subject.

Perhaps most shockingly, 2019 math scores are almost the same as those from 2009, showing a “lost decade” in student achievement. In 1990 to 2009, students showed significant gains in both subjects.

Nationwide math scores are nearly the same in 2019 compared to 2009, showing a “lost decade” in student achievement. In reading, average 2019 scores are just a few points higher than 1992 scores.

Reading scores were more dismal across the country. Scores in both grades fell from 2017 to 2019 nationwide, bringing 2019 scores just a few points higher, on average, then the 1992 scores. The vast majority of states did not show significant change in average scores, while 17 states showed score decreases.

The results come after years of funding increases to K-12 education. Still, while the overall picture showed a lack of movement for average scores, results at both margins told a different story: the achievement gap between high- and low-performing students is widening.

A NAEP blog analyzing the results wrote that “the stagnation in average scores since 2009 marks a divergence in progress at the highest and lowest ends of achievement,” showing that focusing on average scores may hide the true story.

A similar trend is apparent among racial and ethnic groups. In Wisconsin, the white-black achievement gap was 37 points for 4th grade math, the second-highest in the country, only after D.C’s 47-point gap. In 2017, the gap was 36 points. Reading scores for 4th grade showed a similar gap of 39 points between white and black students, an increase from 2017’s 33-point gap. The same was true for 8th grade students, showing achievement gaps do not close as students continue in their educations. 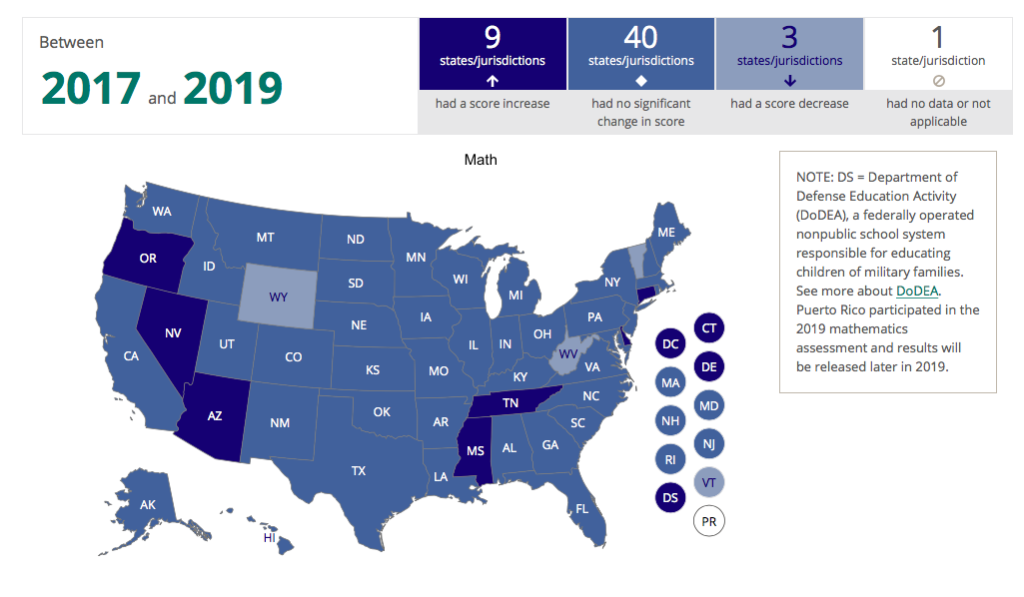 In a statement following the release, State Superintendent Carolyn Stanford Taylor acknowledged that “our persistent achievement gaps are a crisis. Closing these gaps is not only the right thing to do, it is imperative for our state.”

The state’s Department of Public Instruction is expected to release school and district report cards later this month.