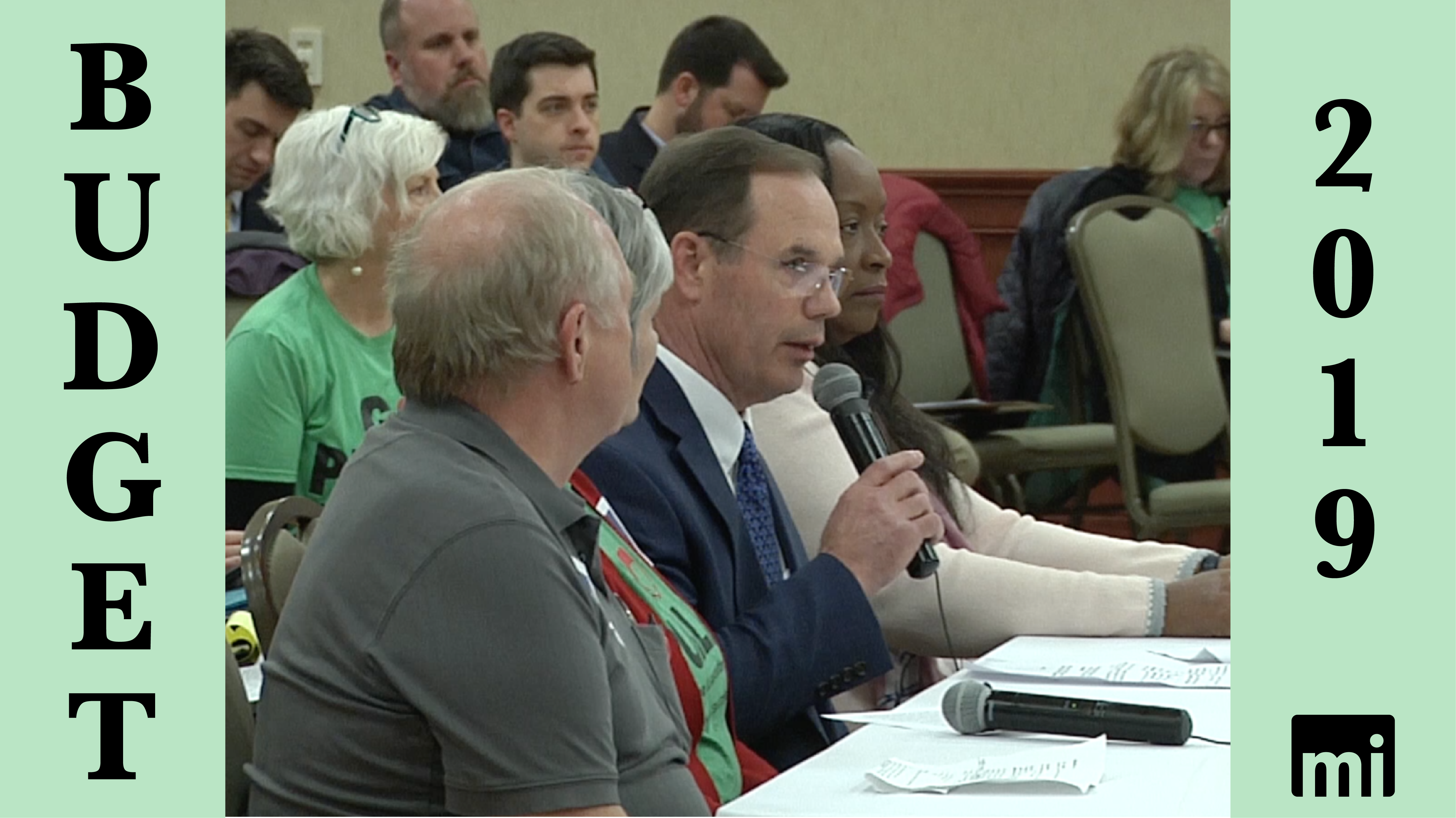 ““We take a look at what the environment is. Some states don’t have a friendly hand in manufacturing, and would never be considered, said Benson of Prent Corp. in Janesville.” #wiright #wipolitics Click To Tweet

In an increasingly competitive global marketplace, businesses have lots of choices. Ultimately, business owners go where it makes most sense to do business.

That’s something tax-and-spend liberals never seem to get.

Evers, a Democrat, wants to roll back the successful tax break that his Republican predecessor, former Gov. Scott Walker, and the Republican-controlled Legislature crafted in Walker’s first term.

Evers’ plan limits the credit for manufacturers to the first $300,000 of qualified income. Why? To help pay for his middle-class tax cut plan. In other words, the governor raises taxes on a bedrock sector to pay for his tax relief package. The tax hike would raise a projected $516.7 million in tax revenue over the biennium.

That’s a nonstarter for Republicans, who continue to hold strong majorities in both houses of the Legislature. It is, at least for now. A lot can happen in the political horse-trading of divided government.

“The main focus we have is we need to maintain a competitive edge,” Benson told MacIver News Service after testifying before the powerful budget-writing committee. “We are constantly trying to find ways to optimize our production and find new innovative technologies to set us apart from our competition … so having a tax credit like this basically allows us to explore and employ new technologies that are out there…”

Prent, the world’s leading designer and manufacturer of custom plastic for the medical, electronics, and consumer industries, is one of Rock County’s largest employers, with a work force of approximately 550 people. Benson said the manufacturer has doubled its payroll since the tax credit took effect in 2013.

The credit, according to a 2017 University of Wisconsin-Madison study, created some 42,000 jobs by September 2016.

Evers’ Tax Increase On Manufacturers Would Hit Farmers, Too

It’s a big reason, economic analysts assert, for the resurgence of Wisconsin’s manufacturing sector, which boasted a $59.1 billion economic output in 2017. More so, the tax credit has meant a lot to the people employed in manufacturing, which in 2017 accounted for 16.4 percent of the Badger State workforce, second-highest nationally. The average manufacturing job in Wisconsin paid nearly $57,000 a year, compared to the annual statewide wage of $47,250, according to the Wisconsin Policy Forum.

Tax and regulation relief over the past eight years has put Wisconsin’s economy back on track after the dour days of the Great Recession. Evers’ budget plan calls for $1.3 billion in tax hikes, including the rollback on the manufacturing tax credit. He has described the increase as “small,” and Democrats say capping the tax credit will only impact Wisconsin’s wealthiest.

“The main focus we have is we need to maintain a competitive edge…so having a tax credit like this basically allows us to explore and employ new technologies that are out there…” Benson said, adding the manufacturer has doubled its payroll since the tax credit took effect in 2013.

Critics say the governor has a flawed definition of the word “small,” and the tax credit cap would hit a lot of pass-through businesses, smaller manufacturers that certainly could not be described as “wealthy.”

The Joint Finance Committee heard from hundreds of people on Friday in Janesville, the first stop on a four-city tour of public budget hearings this month. Many of those in attendance were affiliated with one liberal special interest group or another – from the ACLU to public employee unions to social justice groups. They all asked for more money for one government program or another. Not many taxpayers asking the budget-writing committee to rein in spending, urging lawmakers to check Evers’ massive $84 billion biennial budget plan that grows government by more than $6 billion.

Policymakers will have plenty of tough decisions to make.

Benson reminded them that manufacturers like Prent have choices, too. Capping the manufacturing tax credit could force businesses to rethink operating in Wisconsin.

“It goes back to you have choices, and we would have to look at where we would like to continue to invest,” he said.

It’s not a threat; it’s a reality of the increasingly competitive global marketplace. Need proof. Look to Wisconsin’s neighbor to the south. Illinois, thanks to the heavy hand of taxation and regulation, lost a breath-taking 97,000 manufacturing jobs in the decade since the beginning of the recession in 2007, according to Bureau of Labor Statistics figures. Many of those jobs have come north to Wisconsin.

“The state of Wisconsin has put tens-of-millions of dollars into an effort to try to attract Illinoisans across the border into Wisconsin,” Illinois Manufacturers’ Association president Mark Denzler recently told Illinois News Network.

Liberals like to say manufacturers ought to pay their fair share, that the tax break “strips resources from public priorities.” But Wisconsin manufacturers employ some 476,600 workers who are critical in feeding government’s insatiable hunger for tax revenue. Over-tax and over-regulate manufacturers like the days of Gov. Jim Doyle’s tenure in the 2000s, when chief executives ranked Wisconsin one of the worst states for business, and they will leave. And those high-paying jobs and their tax revenue will go with them.

“It’s a judgement call. We like states that are friendly to manufacturing,” said Benson of Prent, which has manufacturing facilities in Arizona, Malaysia, China, Costa Rica, Puerto Rico and Denmark, according to its website. “We take a look at what the environment is. Some states don’t have a friendly hand in manufacturing, and would never be considered.”

Will Wisconsin become one of those states again?

It’s all about choices.